Skip to content
Home » Travel » Living In The Ring of Fire 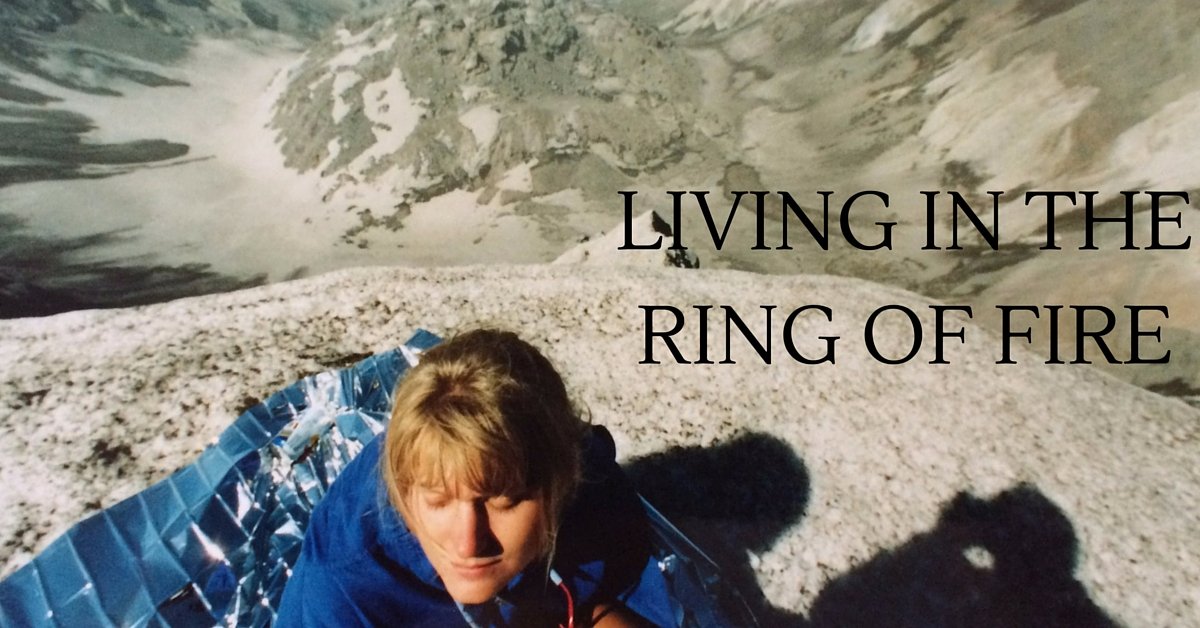 I’ve always been intrigued by Volcanoes. As a child I read The 21 Balloons by William Pène du Bois about an oddball misanthrope who after leaving San Francisco in a hot air balloon is rescued at sea 3 weeks later among the wreckage of a platform that had been held aloft by 21 balloons. The story he tells of crash landing on the volcanic island Krakatoa, and it’s eruption is quirky and captivating, and the name Krakatoa was seared into my memory. 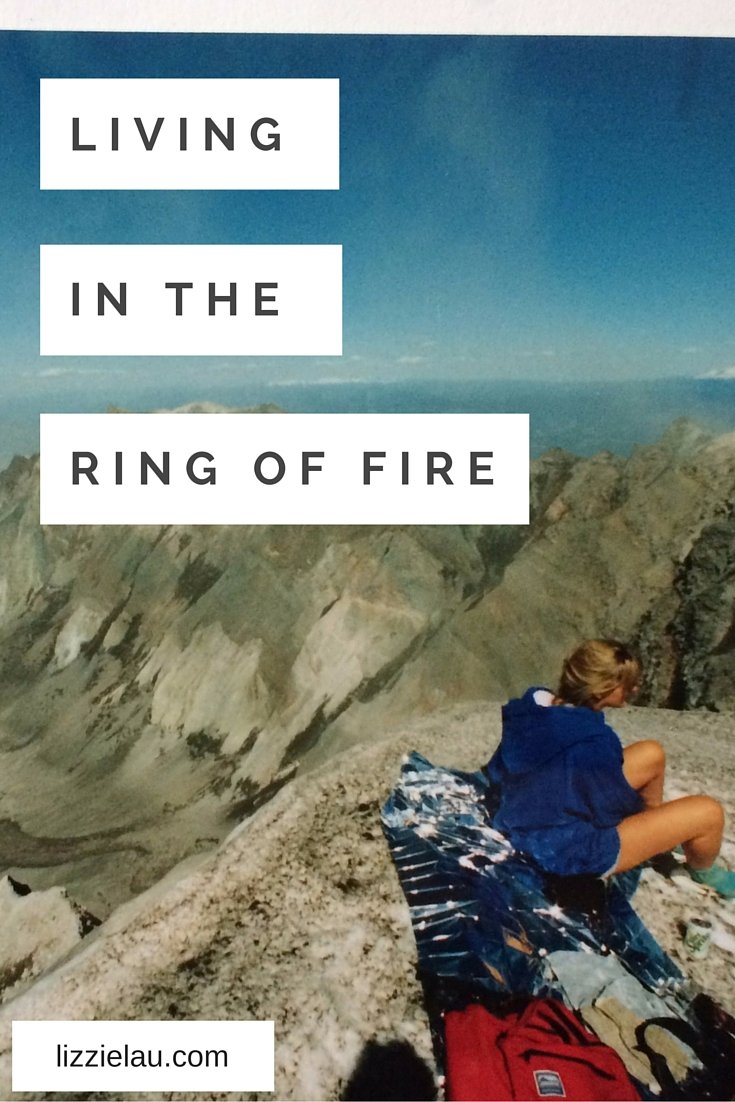 When I was 10 years old, I felt the eruption of Mount St. Helens, about 250 miles away. For days, my family followed the news coverage of what would later be known as the deadliest and most destructive eruption in the history of the United States. My aunt in Spokane reported that everything there was covered in a thick layer of ash. She later sent us a small spice container of the ash to remember the event.

MC and I climbed to the top of Mount St Helens 12 years after the eruption and had a picnic on the rim of the crater. We watched in awe as the cone puffed, and sizable chunks of the rim, like the one I was sitting on, broke off and slid down into the immense crater. We didn’t visit the Mount Saint Helen’s Museum until the next day because the only access to the hike is from Cougar, WA, and the museum is on the other side. It wasn’t until I was reading all the information and looking at the images from after the eruption that I truly appreciated the ferocity of the beast I had been standing on. 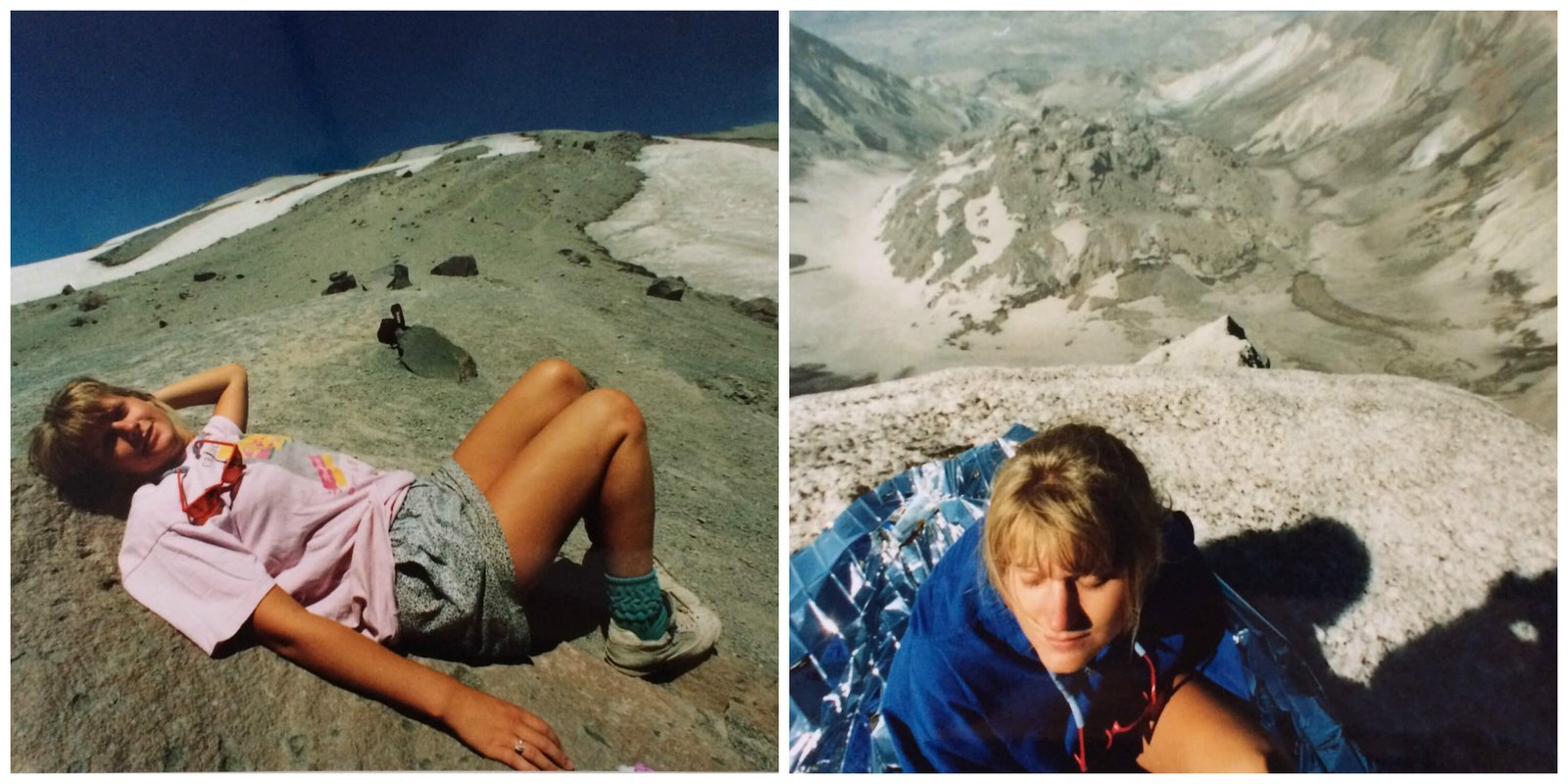 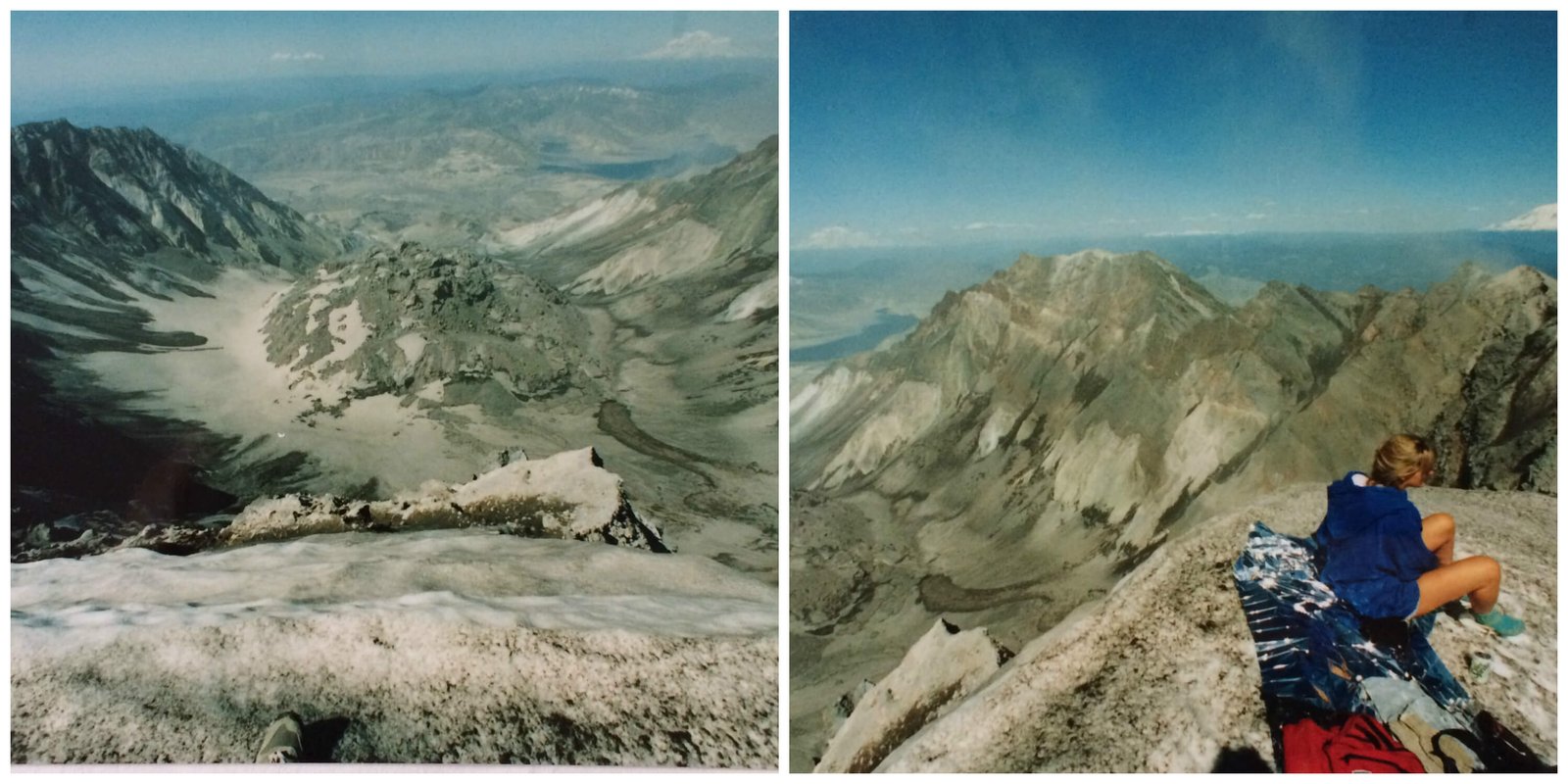 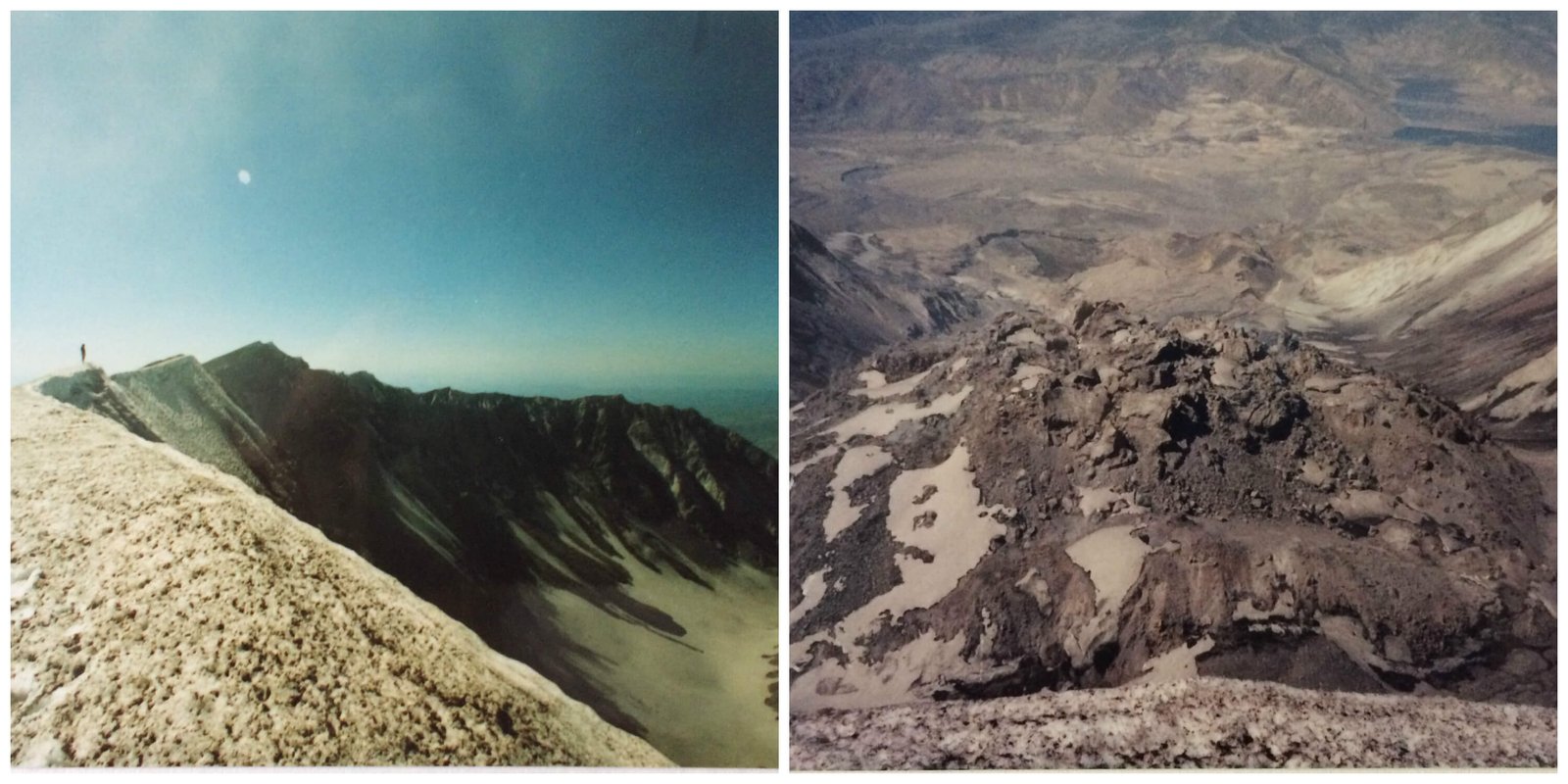 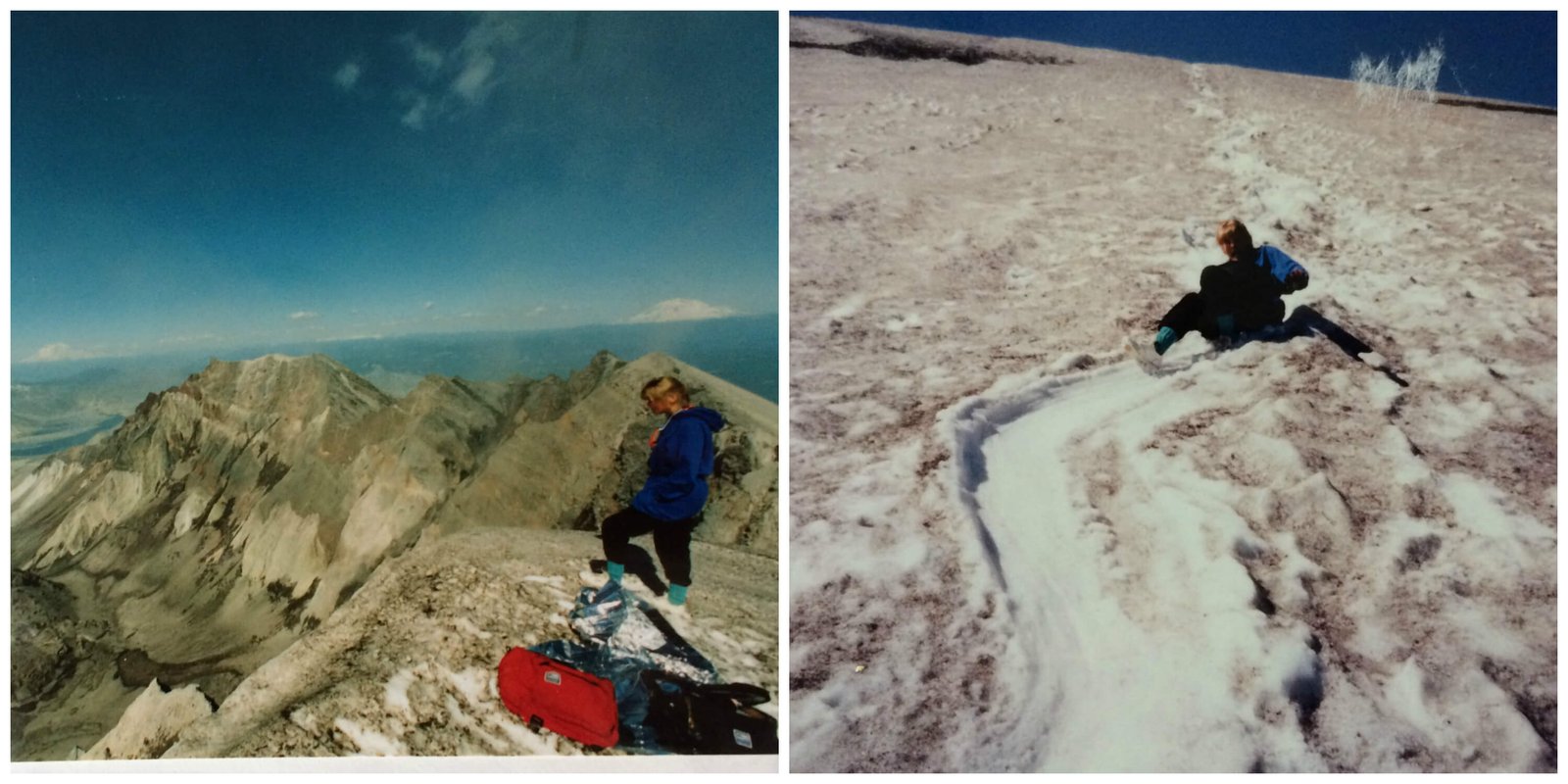 The Ring Of Fire

Fast forward another 15 years and I found myself literally surrounded by active volcanoes. I was living in Antigua, Guatemala at the base of Volcán de Agua, experiencing temblors (the Spanish word for earthquakes) on a regular basis. There are 33 volcanoes in Guatemala, and 7 of them are considered active. Driving home at night from visits to the coast we’d have spectacular views of Fuego spewing smoke and lava. Pacaya was one of our favorite places to ride our dirt bikes or go for a late afternoon hike.

The hike up to the lava flow at Pacaya is extraordinary. From the parking lot it is an easy walk up a wide trail, though visitors will be hounded by guys trying to rent out horses and walking sticks. As it gets steeper the going gets a little tougher, loose sand and shale make it hard to gain purchase. It starts to feel like you are taking 3 steps forward and sliding back a step. Closer to the top you’ll be scrambling over jagged black lava rock. My mom left some elbow and shin meat on those rocks. Scars undoubtedly are the best souvenirs of adventure travel. The lava flow isn’t at the top of Pacaya, it is coming out of a lower tube. Visitors can get dangerously close to the flow of lava. People were standing on cooled lava and roasting marshmallows over the still red hot magma. It must have been extra yummy with the sulphur dioxide flavoring from the lava gases.

Central America is part of the Ring of Fire, a 25,000 mile string of volcanoes around the edges of the Pacific Ocean. Mount St. Helens is part of this Ring of Fire as well. Central America has it’s own subsection of the ring called the Central America Volcanic Arc. CAVA consists of the chain of volcanoes in the 900 mile coastline from Guatemala through El Salvador, Honduras, Nicaragua, Costa Rica, and Panama. This area of tectonic instability is known for volcanic activity and frequent earthquakes. It is usually the earthquakes that cause loss of life and major destruction of property. Lava flows have caused flooding when they disrupt the rivers and cause them to be blocked and overflow their natural banks. This is considered to be the most active volcanic belt in the Americas even though a quarter of the volcanoes are extinct and half are dormant. The volcanoes are also responsible for making this area extremely fertile. Volcanic dust mixes with the soil and revitalizes it with minerals such as silica, calcium, magnesium, iron, zinc, molybdenum, copper, sodium, sulphur, and cobalt.