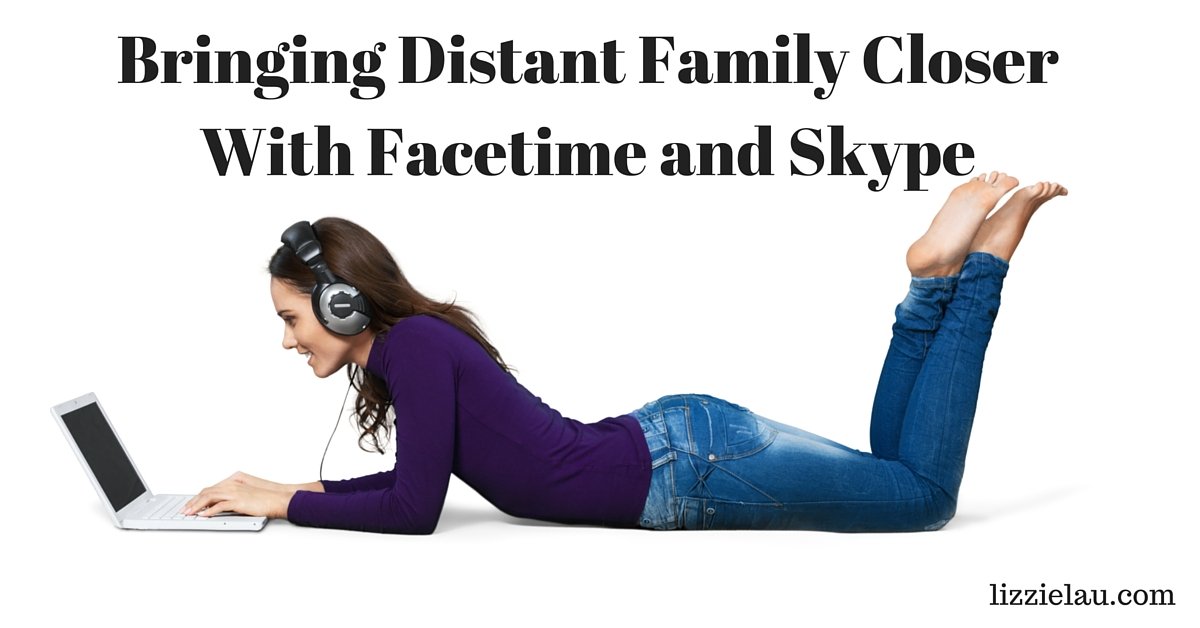 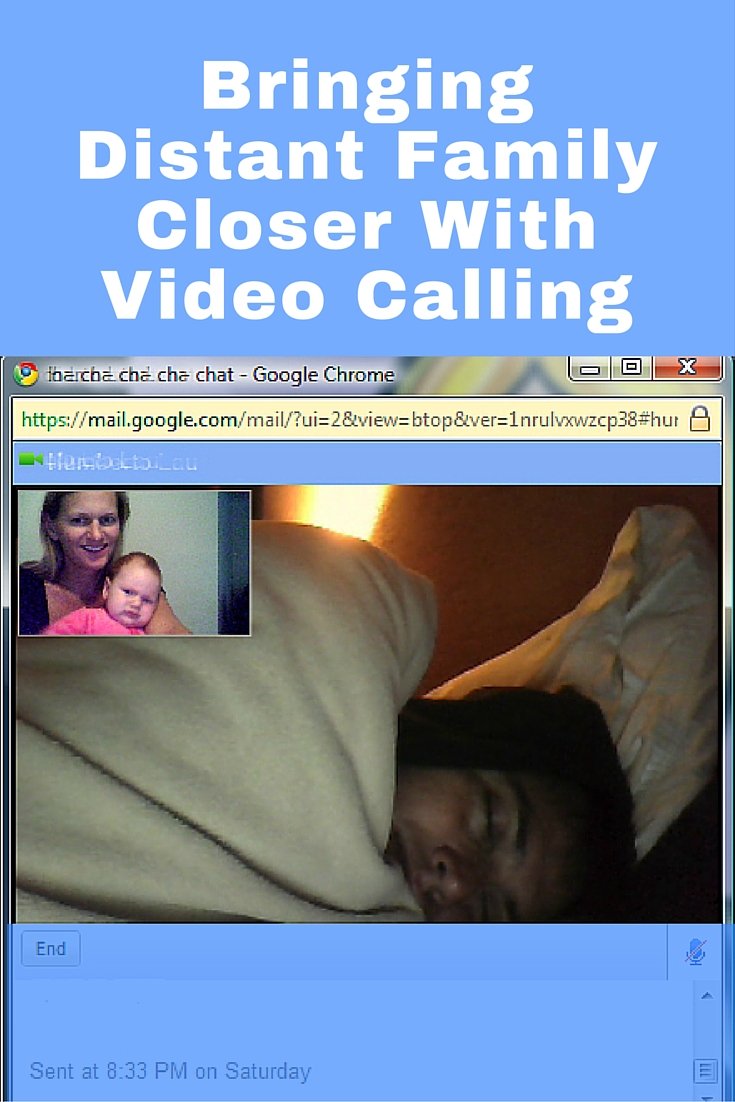 Offspring and I use Facetime or Skype nearly every day to keep in touch with family and friends.  It has been part of her life since the day she was born because she was born in California and her father was living in Guatemala for the first four months of her life.  Her brother and sister live in Sweden, and though she has only met them in person once, they are familiar because of Skype. We spend summers up in Canada where she plays nearly every day with her cousins, and the rest of the year we Skype of course. To her it is so normal to see the person that she is speaking to, that when I hand her a cel phone to speak to someone, she first looks to see if there is video.

When my 12 year old niece was just a toddler, my sister would quiz her about the photos stuck on their fridge with magnets. “Where is Grandpa?” she would ask. My niece would point at the correct photo and they would continue their quiz. When she was asked, “Where is Auntie Liz?” she would turn and point at the desk because she thought at the time that I only existed inside the computer. I was living in Mexico, and we would have regular video chats. While I thought it was miraculous, though often super annoying because of poor internet connections, she thought it was normal.

Improving On The Original

I love video calls, especially when the other party I’m communicating with also has high speed internet. It can be super annoying when the connection is poor, pixelated faces, distorted, robot voices, and dropped calls are common. Facetime seems so have improved the quality of video calling even over wireless data plans. With clients we often use a platform called Zoom to have video conference calls where we can even share our computer screens.

A photographer in Singapore figured out a way to include family members living abroad in the family portraits that are so popular there. He projects the video image of the missing relative on the wall alongside the family, matching up the relative size, and snaps a photo. There are terrific examples of his Skype images on his website.

The guys who founded Skype in 2003, Niklaz Zennstrom from Sweden, and Janus Friis from Denmark, had already created a very successful P2P file sharing program called Kazaa.  I’ve been using the product since it was first introduced, but just today, when I was doing a little reading to write about it, did I find out what Skype means. It is Swedish slang for “sexually transmitted disease”. That makes me think a little differently about what is commonly referred to as Skype Sex.