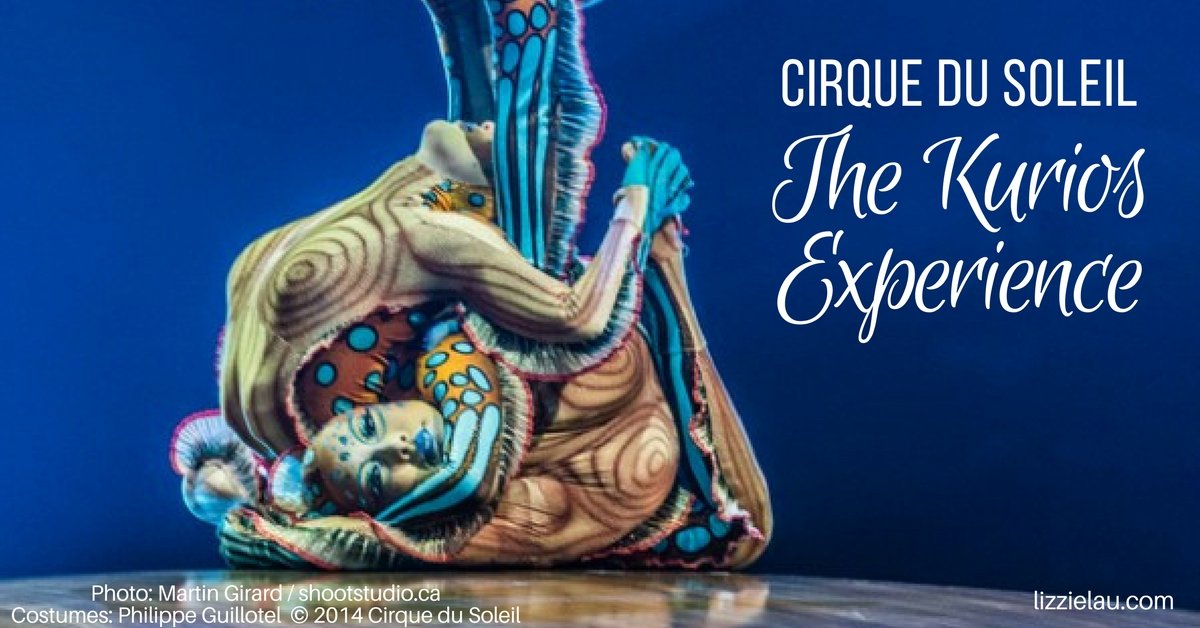 Our family has been in love with the artistic magic of Cirque du Soleil since we saw it for the first time in 1986 at the Vancouver Children’s Festival and Expo ’86.  This was the first time Cirque had taken the show across Canada and even in its infancy it was jaw-dropping.

Over the years we’ve seen many of the fantastical productions, introducing my daughter to Cirque du Soleil in 2015 at Kooza, and most recently Kurios in Vancouver. 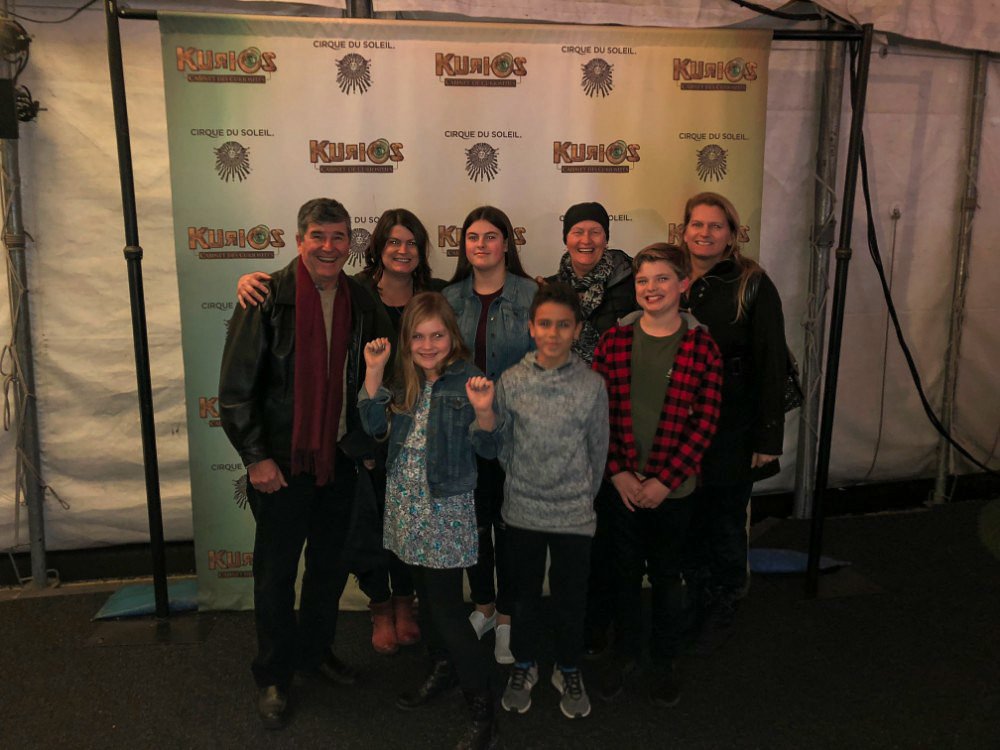 Subtitled “Cabinet of Curiosities,” the press release describes the steampunk themed production, their 35th, which debuted in 2014, as:

“In an alternate yet familiar past, in a place where wonders abound for those who trust their imagination, a Seeker discovers that in order to glimpse the marvels that lie just below the surface, we must first learn to close our eyes.

In his larger-than-life curio cabinet, the Seeker is convinced that there exists a hidden, invisible world – a place where the craziest ideas and the grandest dreams lie waiting. A collection of otherworldly characters suddenly steps into his makeshift mechanical world. When the outlandish, benevolent characters turn his world upside down with a touch of poetry and humor in an attempt to ignite the Seeker’s imagination, his curios jump to life one by one before his very eyes.

What if by engaging our imagination and opening our minds we could unlock the door to a world of wonders?”

The show starts before all the audience members have even taken their seats, with cast members moving about among the crowd.  Suddenly the clock on stage clicks over to 11:11 and time stops.  That’s when the real fun begins and we a transported into this fantasy world written and directed by Michel Laprise (whose credits include staging Madonna’s acclaimed MDNA tour).  Suddenly everything is possible, although there are many moments where we still don’t believe it’s possible until the feat is accomplished.

I was yelling, “No! Stop!” more times than I did during the first 7 years of my daughter’s life!

Michel Laprise wanted to leave behind any familiar elements of Cirque and turned to the Industrial Revolution for inspiration.  A time when the world changed radically with the introduction of electricity and flight.  This is more of a sci-fi version of steampunk, with tiny people living in huge pot-bellied robots, and a set that looks like strange machinery.

A few of our favorite Kurios elements:

The fishermen / sea creatures on the world’s largest trampoline, a net stretched over the stage during intermission that launched the performers 25-30 meters, nearly to to peak of the big top.  They were in the air so long they had time to pose!

The contortionists who came out and did their entire performance on a huge mechanical hand.

An act called the “Theater of Hands” which was mesmerizing. It was a bizarre drama in which the characters were portrayed by a performer’s hands, shot with a super close video camera, and projected onto a hot air balloon floating above the stage.

The production was more than entertaining, it was inspirational and joyful.  We were left with the feeling that anything is possible!

We’re really excited about our next Cirque experience: Crystal at Abbotsford Center.  Their first production on ice! 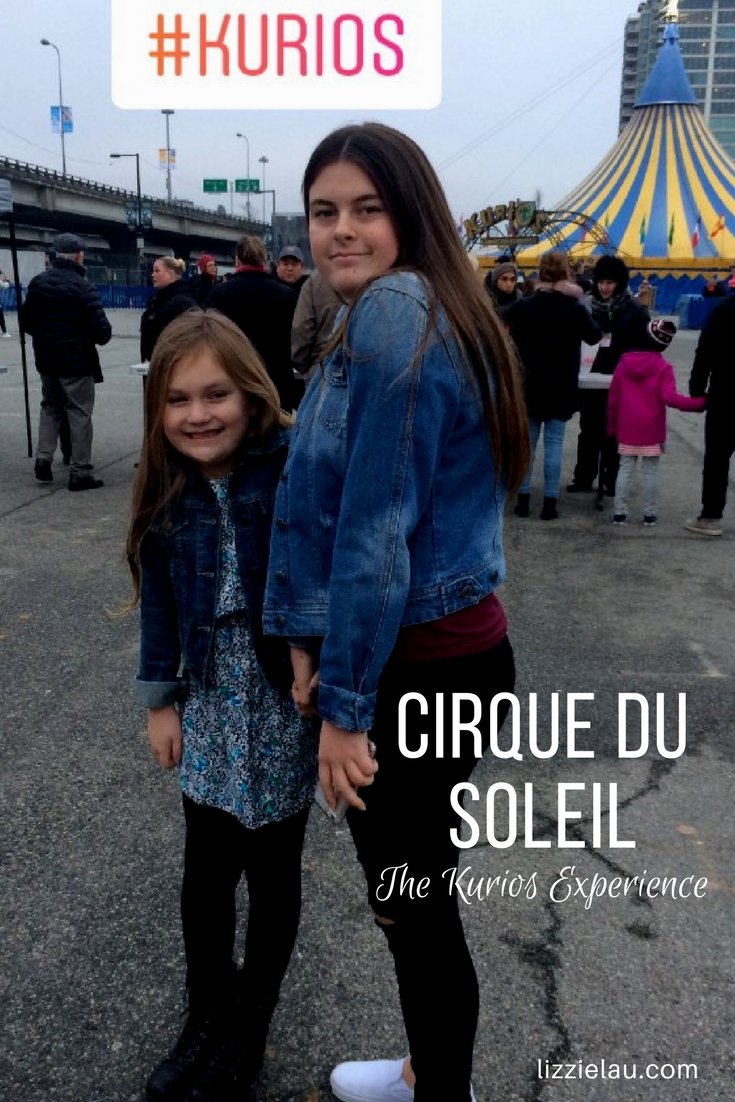