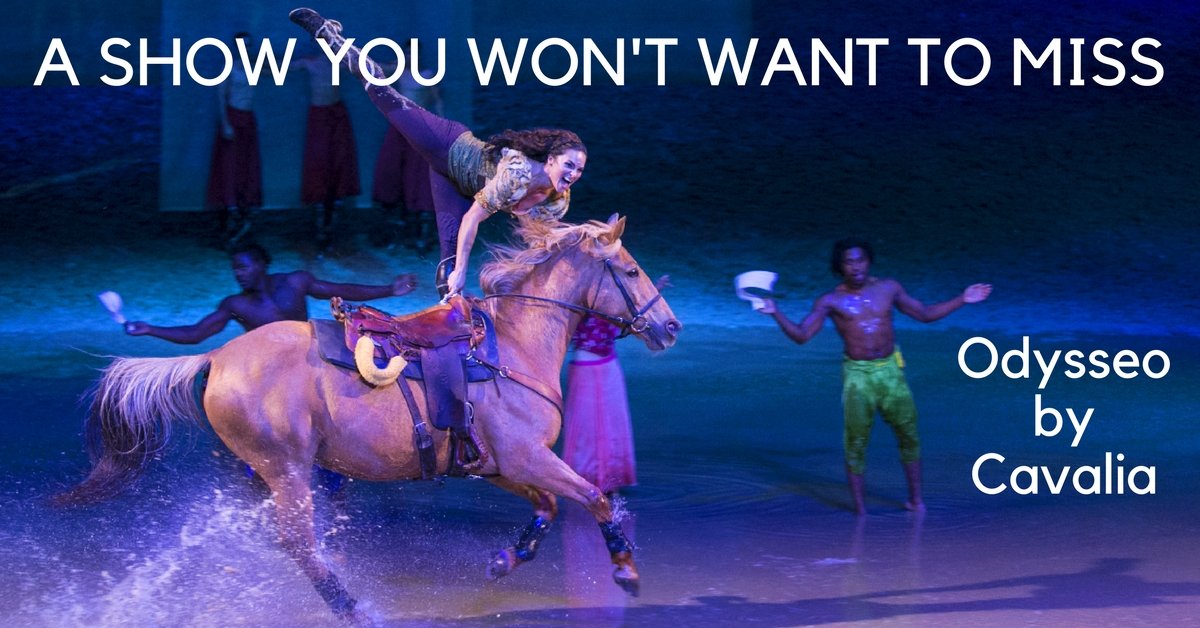 Offspring and I had the opportunity to attend the sensational Odysseo by Cavalia in Vancouver, and we can’t stop raving about it.

As part of their social media week, we were invited to a VIP experience including a cocktail party, gourmet catered dinner (they even had a kids buffet), desert during intermission, and a backstage tour including a meet and greet with one of the horses and riders.  They also shared the following images since there is no photography or video allowed during the show.

Anyone who knows me knows that I don’t ever want to drive into the city, especially in the dark, at rush hour. I couldn’t pass this event up though.  To save us from the worst of it, we drove to the Casino in Richmond and rode the skytrain to Olympic Village. I was relieved that we could see the 38 meter high big top from the skytrain station. I’m so bridge and tunnel!

We arrived in time to have dinner and finally got to meet Alison from Sparkly Shoes and Sweatdrops. We’ve been friends online through blogging, but it was the first time to meet in real life!  A bunch of the crowd sitting in our section were Vancouver Top 30 Mom Blogger alumni.

Our seats were near the front, but I could tell that there isn’t a bad seat in the house. Odysseo’s White Big Top is the size of a CFL football field. The 1,626 square metres stage, larger than a hockey rink, and the 15 meters wide backstage area offers a vast playground for more than 30 cantering horses.

The show was absolutely captivating and by intermission my hands were sore from clapping so much. The 65 horses and beautifully costumed riders were incredible, and it went beyond appreciating the training and performance, there was a connection between them that felt like nothing short of love.

Offspring loved the aerialists best, and since I had shown her a preview video, she couldn’t wait for the part with the silks in the second half. She kept whispering to me, “I want to try that.” throughout the silk segment and when the aerialists were swinging from the rings suspended from the ceiling.  I guess I’m going to have to take her to the Vancouver Circus School.

I felt that the acrobats from Guinea, West Africa stole the show.  Their energy, strength and speed were astonishing, and the sheer joy they exuded was contagious. I’m sure I’ve never seen an Olympic gymnast perform with such precision and speed.  It was just Wow, and more Wow through their entire segment. In a non-PG aside, I imagine if these guys are single, with their hard bodies, riveting smiles, and French accents must be getting laid in every city!

Anyone who has worked with animals knows that even when superbly trained, they can be unpredictable, and that adds some magic to the show. When they are all on stage doing precise movements like you’d see in the RCMP musical ride, except without riders or bridles, it’s amazing, but when one of them randomly wants to go left when the rest are going right, the audience is reminded of just how much training it took to have these magnificent creatures working together in sync.  The rebel in me enjoys seeing a display of individuality!

Spoiler alert, the front row may get splashed in the second half! I wholeheartedly recommend that you see this performance, it really is the best show ever.

For more photos, check out this awesome slideshow by H. Vincent.

Matinee and evening performances are now scheduled through Sept 16, 2018 in Montreal.

Disclaimer: I wasn’t paid for this review, but I was hosted (and treated like royalty) by Cavalia.  My enthusiasm for the production is genuine and I’d go back and see it again without hesitation. 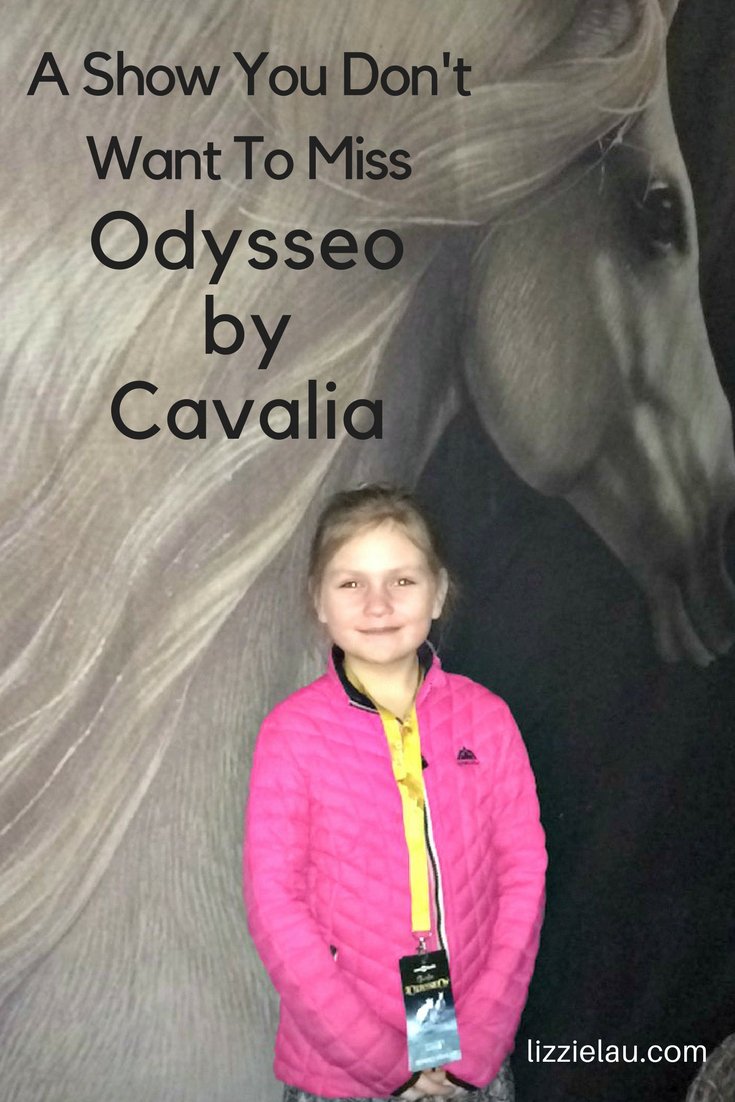