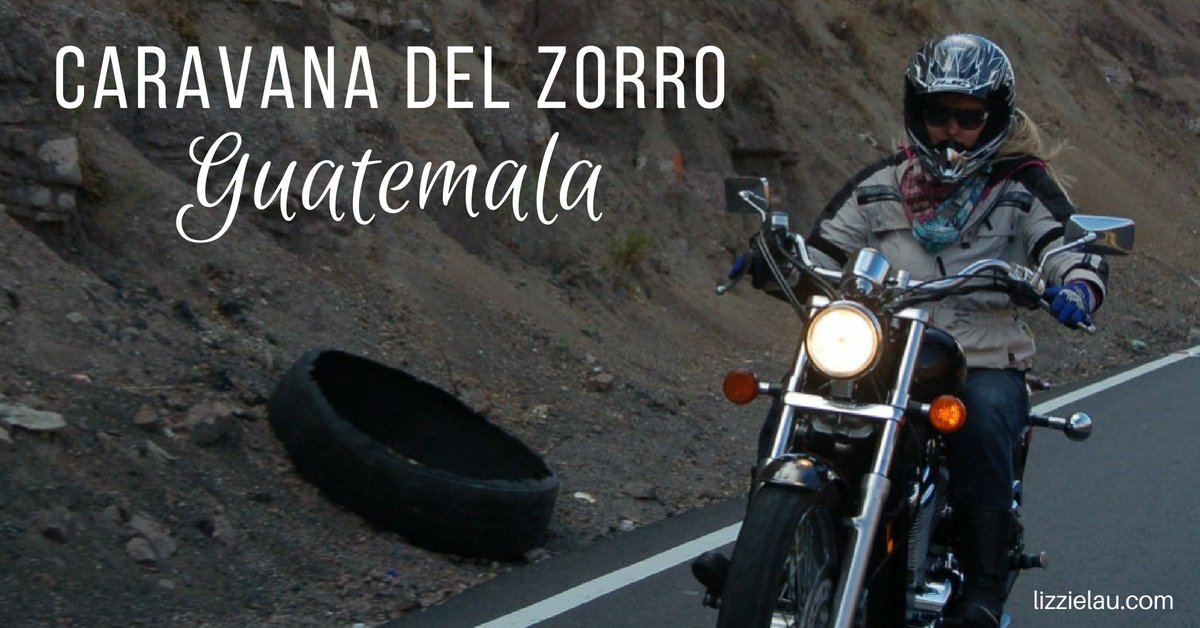 During the years I lived in Guatemala I did a lot of exciting dirt bike riding on the volcanos, and one of the more interesting experiences I had on the road was riding in Caravana del Zorro.

I had never heard of it, so when X3’s uncle, Tio Paco called to see if we wanted to do this ride with him the next day I didn’t hesitate.  He had a couple of cruisers, and said we could ride one.

It seemed like a great idea at the time.

We planned on riding two up, and it didn’t seem like a big deal because it’s not an enormous distance. It’s about 224km (just under 140miles) from Plaza de la Constitución in the capital to the Basilica of Esquipulas, Chiquimula.  Fortunately this was before the gov’t put in the chaleco law, making it illegal for riders to carry passengers and forcing them to wear a vest with identification numbers on it.

What I didn’t know was that there would be about 35,000 people riding with us!

We met Tio Paco early in the morning at his print shop where he kept the motorcycles.  it was chilly so we were dressed in layers.  We pulled up at a McDonalds near the Plaza to have coffee and some breakfast, and this is where I got my first impression of the size of the crowd.  I had already ridden in several protests so I was fairly well accustomed to a high level of mayhem on the road, but this raised the bar – by a lot.

We waited for the main crowd to head out before we got back on the road.  Riding motorcycles shoulder to shoulder is not my idea of a good time. It was a gorgeous day for a ride through the countryside and I started taking photos of the scenery and other riders.  Less than half an hour into the ride I was in so much pain sitting on the back of the cruiser that I wasn’t sure I could continue.  My back injuries hadn’t been bothering me as much lately, but somehow the position I was in was causing tremendous pain and making my legs numb. Instead of giving up, X3 climbed on the back of his uncle’s bike and I rode on my own.  It was my first time riding a cruiser!

As we rode through small towns, people were lining the streets like we were riding in Tour de France, cheering and waving!  At times we were riding in big crowds, and sometimes it thinned out.  The vibe was fun and friendly.

The plaza in Esquipulas was a mob scene so we didn’t stay long.  We got off the bikes to stretch our legs and watched some of the procession of bikers going in and out of town.  I’m so glad I had the chance to participate in the event and my only regret is not knowing more about it ahead of time.  I would have insisted on going into the Basilica to see the Black Christ of Esquipulas.

The biggest motorcycle pilgrimage in Guatemala, probably in Central America, started small – with just six riders in 1961 when Rubén Villadelón and his friends first did the ride to visit the Black Christ of Esquipulas.  It soon evolved into a non-profit organization bringing aid to the poor, and mobilizing in emergencies – most recently after the eruption of Volcan de Fuego. The clip below shows bikers gathering food, clothing and medicine for those affected by the eruption, the donations were later delivered to the volunteer firefighters of San Lucas Sacatepéquez. The pilgrimage itself hasn’t changed much since the inception, in 2018 the 50,000 bikers who rode into Esquipulas asked the Black Christ for peace, progress and employment for Guatemala.

These days Caravana del Zorro is led by Rubén’s son, Eddy Fernando Villadeleón, who promised his father that he would keep it going. In Eddy’s care, the event has grown dramatically and on February 4, 2011, on the 50th anniversary of the Caravan, it was declared an Intangible Cultural Heritage of the Nation by the Ministry of Culture and Sports. 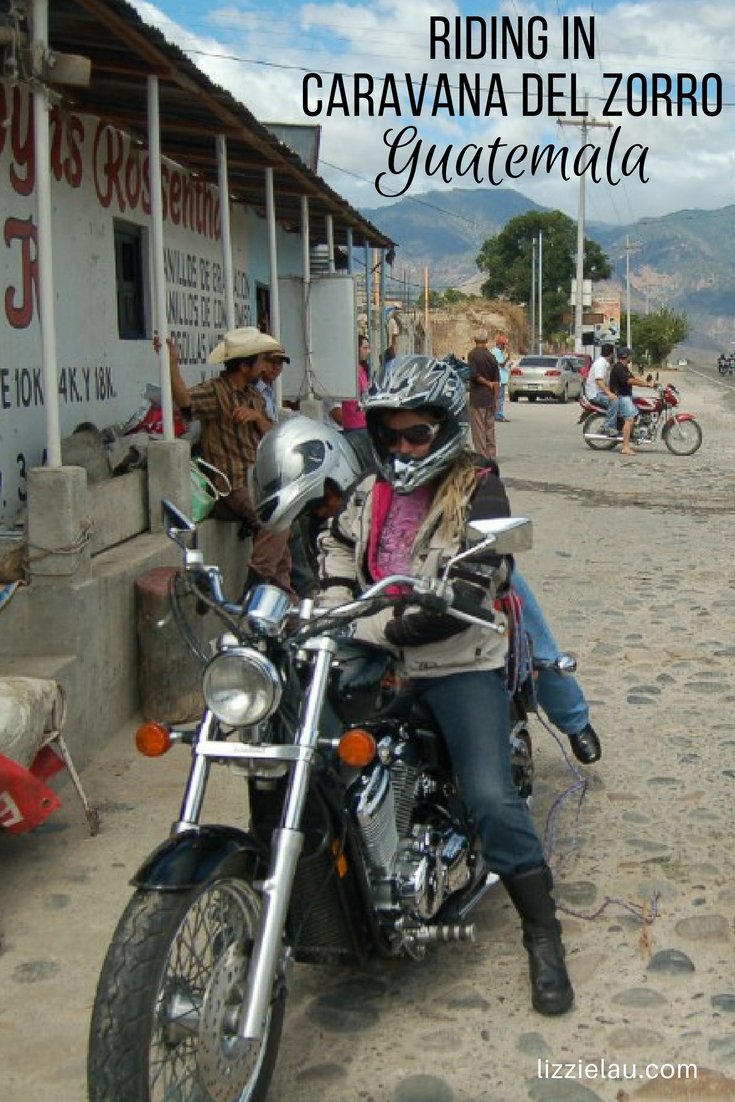