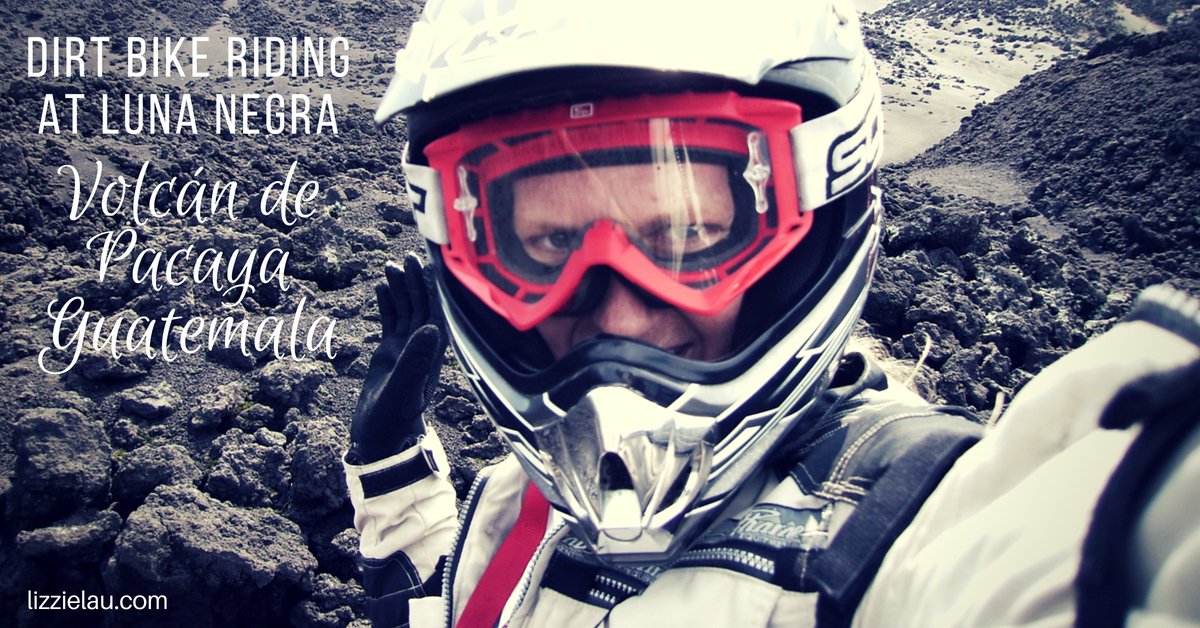 For a couple of years while living in Guatemala, X3 and I rode with a rag tag group of guys called Los Biker Knights who I introduced myself to on the now defunct Moti7 Forum. We rode off-road exploratory colazos together to Luna Negra Pacaya, Finca Chichoy for trout fishing, and various other sites where the line between exploring and trespassing blurred.

Having already hiked Pacaya a few times from the trailhead, I was excited to see this part of the volcano.

In Spanish the area is described as being in “las faldas del volcán de Pacaya” which translates literally as the skirts, but also as “parte baja o inferior de una vertiente montañosa.” the lower part of a mountainous slope.  If you look at the google satellite image of the area it does looks like the natural folds of a full skirt, so I think both definitions apply.

Volcán de Pacaya is one the most active volcanoes in Guatemala, and is one of the most active in Central America. The Pacaya Volcano National Park is about an hour a half drive from Antigua or from Guatemala City.

We lived in Zona 11, so we met our group at a gas station in La Charcas on the way out of the city to the south, then continued south through Villa Nueva and Amatitlan to San Vicente Pacaya before heading offroad to ride the trails to Luna Negra.

The first part of the trail was typical of the trails we’d been riding in Guatemala, lush rainforest, streams to cross, tiny villages and fincas, and beautiful green vistas.  Initially it wasn’t too challenging, until at one point the trail appeared to have been flooded and had deep ridges cut into if from the flowing water.  It was dry and hard, and tried again and again to eat our tires.  I got stuck and needed some help extricating my rear tire from a deep crack.

When we finally arrived at Luna Negra it was kind of shocking.  Suddenly the whole horizon was black sand and rocks with scrubby bushes pushing through here and there.  It had an other-worldly or post-apocalyptic vibe, and  I felt that it came by it’s name – Black Moon – honestly.  It was unfamiliar and jarring.  We spent a couple of hours playing.  It was like being at the sand dunes, except for the eerie fog (or volcanic gas, I don’t know).   I had a lot of sand experience after years of riding on the windward side of Cozumel. The advice from X2 was always: stand up and stay on the gas.  That rule worked great on the flat beach, but going uphill – not as much.  We all had turns burying a rear tire in the sand, except perhaps Chocho on his trials bike.  It was hilarious watching some of the guys try to hill-climb up steep slopes of deep sand.  We laughed until our sides ached.

Usually on our rides we would carry some snacks and water, but also find someplace to have lunch.  This was before Instagram, so I don’t have any great photos of the delicious local cuisine we enjoyed on our outings.

Living in The Ring of Fire meant getting used to active volcanoes and earthquakes, and constantly having to sweep and mop up ash on the tile floors.  Shortly after I left Guatemala to give birth in California, Pacaya erupted violently and I haven’t been back since, so I don’t know the current condition of Luna Negra.

Adventurous travelers wanting to do this ride should get in touch with Ride Guatemala. Check out their amazing tours! 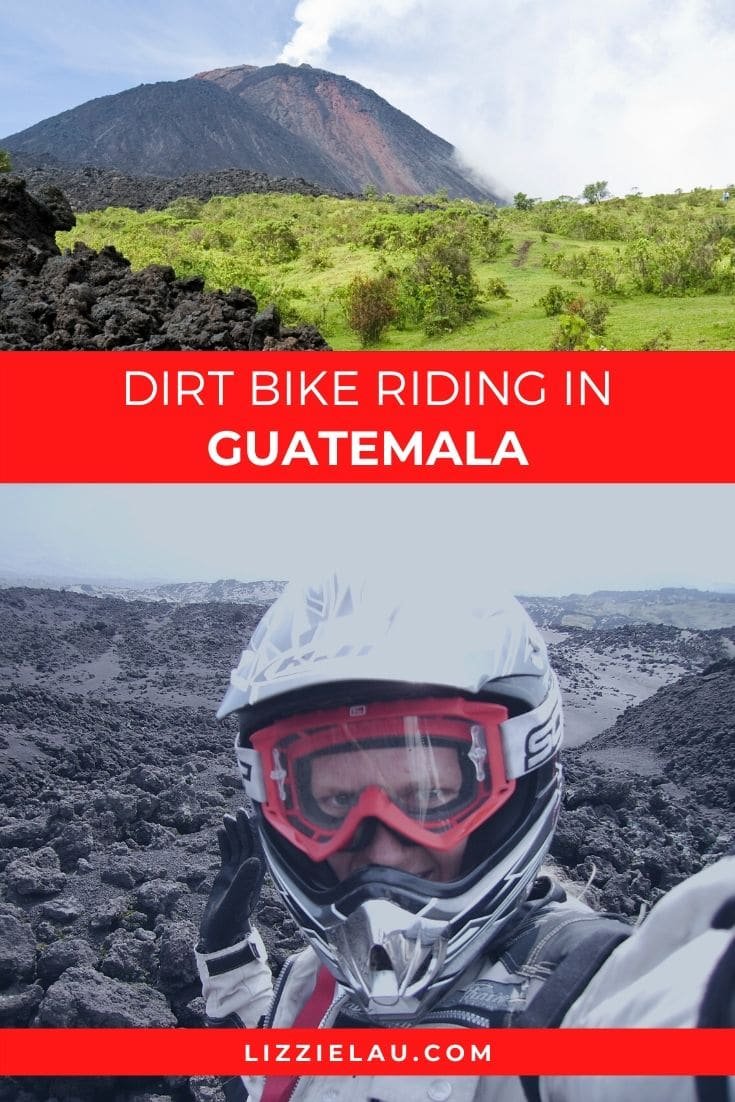