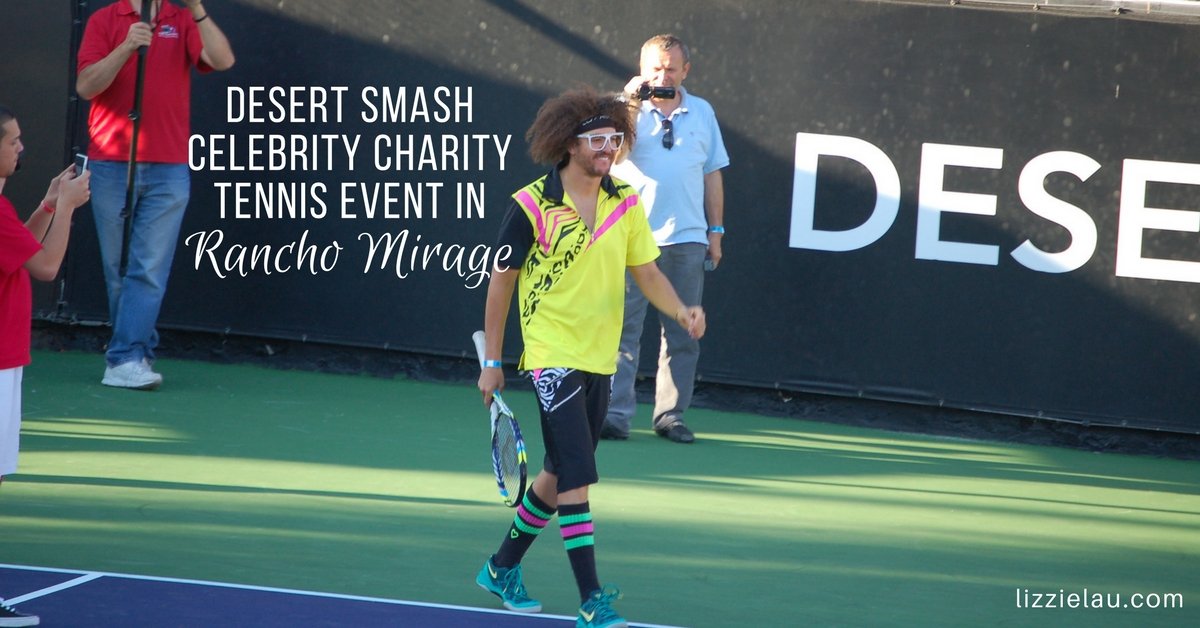 In March you’ll have another great opportunity to attend Desert Smash. The celebrity charity tennis event is now being held at the Westin Mission Hills Resort & Spa in Rancho Mirage in conjunction with the BNP Paribas Open at Indian Wells Tennis Garden.

For several years when it was still held at la Quinta Resort my family and I attended this awesome event. It was an amazing opportunity to get up close to some pro tennis players who were playing for fun, and raising money for a variety of charities.

The players and celebrities were mic’d up on the court so we could hear their hilarious banter. It’s really cool to see this side of the tennis players because when we watch them on tour they are usually so stoic. I’m always in absolute awe of people who can be funny in a language that isn’t their mother tongue. Novak Djokovic is especially amazing because he handily does interviews in several languages! When asked about being a polyglot, Novak responds with:

“We have a saying in our country: The more languages you know, the more is your worth as a person.”

For years we were able to sit on the grass along one side of the court for free, but as the event grew in popularity, they added more and more paid seating.

In 2011 we managed to get seats at the restaurant.  My cousins were visiting from St. Louis with their son. I remember my cousin pointing at a man walking directly behind me and saying, “He looks really familiar.” Yeah, that was Novak. A few minutes later we saw one of Gwen Stefani’s kids go by on a bike. James Van Der Beek and his wife, actress Kimberly Brooks were there with their daughter Olivia. I chatted with Kimberly in the ladies dressing room where I was changing Offspring’s diaper and she was nursing Olivia.

In 2012 we had tickets to the bleacher seating, and while wandering around my mom nearly bumped into actor Timothy Olyphant, and starstruck, she turned on her heel and started following him! My sister, who was selling Stella & Dot jewelry at the time struck up a deal with two of the ladies selling tickets to the Gala that night.  She provided them with stunning jewelry to wear, and she and I got to attend the gala hosted by Greys Anatomy actor Justin Chambers – for free. We had a chat with Nyesha Arrington (Top Chef Contestant and Executive Chef at Wilshire Restaurant in Santa Monica). The food was great, and we partook in a tequila tasting, but we didn’t stay long enough to hear who the musical guest was.

The last year we were there was 2013. We bought seats in the grandstand at one end of the court. It was still phenomenal, and I got these shots of Novak Djokovic and Jeremy Piven playing against Mardy Fish and RedFoo.

The following year, Will Farrell came on board as the host, and in 2015 Justin Bieber and Kevin Hart joined the fun. Bieber paired up with Eugenie “Genie” Bouchard of Canada (who at the time was ATP World No. 5), against Kevin Hart and Billy Bush, in a Canada vs. USA match. I would have loved to have seen that. 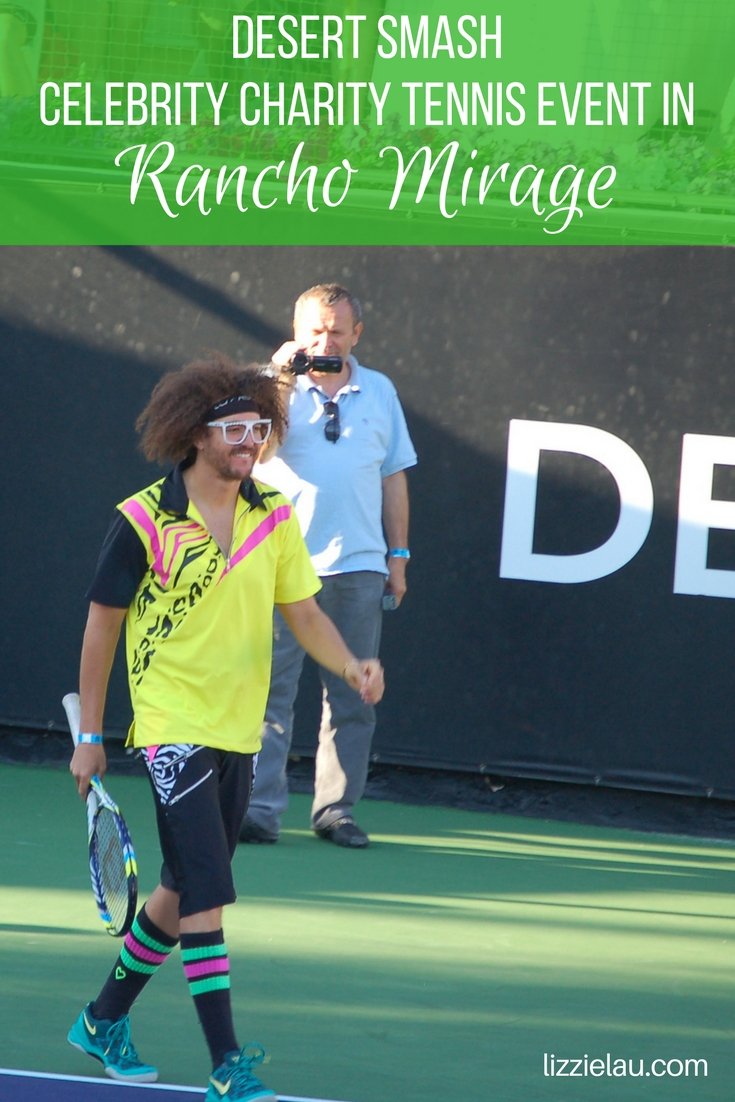