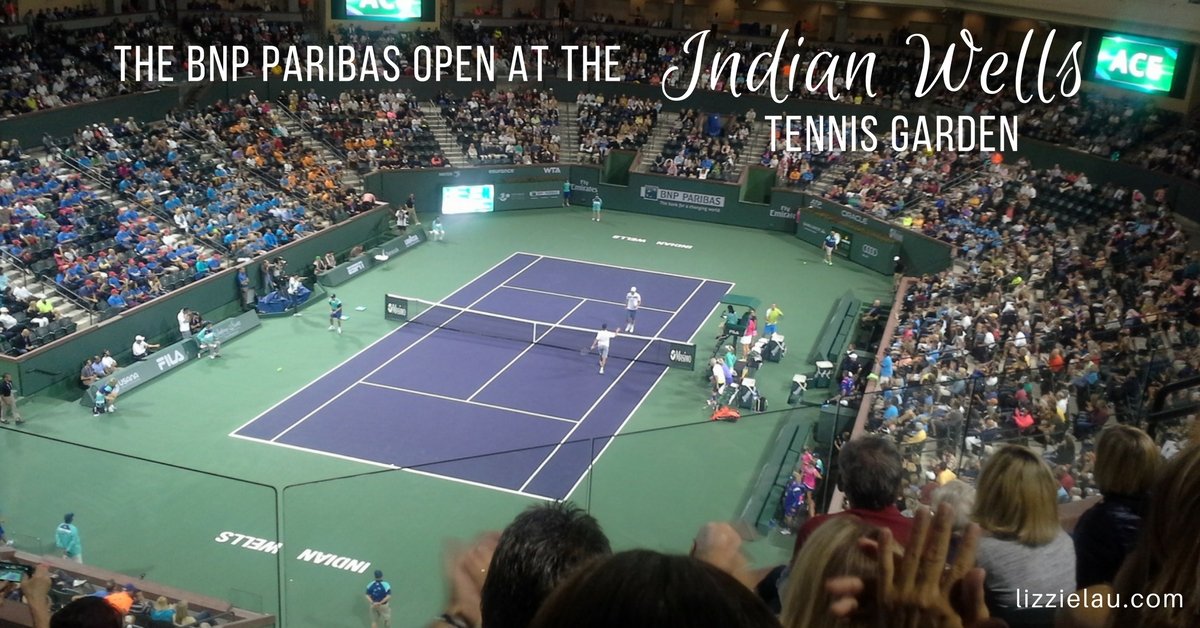 If you’ve visited the Coachella Valley in the spring, you probably already know about the BNP Paribas Indian Wells tennis tournament. It is held every year in March, and is part of the ATP World Tour Masters 1000 and WTA Premier. March is our sweet spot in the desert when the weather is cool and lovely in the evenings and gets hot enough in the day that you’ll want to jump in the pool. I wrote about springtime in the desert here.

My parents have been attending the BNP Paribas Indian Wells tennis tournament for nearly 30 years. In fact, they started going when it was still in La Quinta, and then had box seats when it was played at the Grand Champions (now known as the Hyatt Regency Indian Wells Resort & Spa).  When I first attended it was still the Newsweek Champions Cup as you can see from some of my early photos below.

I was there the day the crowd went crazy when Venus Williams pulled out of the tournament with an injury just 5 minutes before she was supposed to play against Serena.  The spectators showed bad form the following day when Serena played against Kim Clijsters in the final, booing when she won points and cheering when she double faulted.  I felt embarrassed to be in the crowd that day. Serena won despite the awful heckling, and handled herself like a pro, with composure way beyond her 19 years. When she accepted her trophy and check, she simply said, “You guys were really hard on me today.”  I turned to my Mom and said, “If something like this happened to me I’d be curled up in the fetal position around a tub of ice cream, FOR DAYS.”

Serena returned to Indian Wells after boycotting the event for 13 years.

Over the years, two of my cousins have been ball kids at the event. My daughter has attended several times, and even taken lessons at the Indian Wells Tennis Garden. It’s definitely a family friendly event, and there are tons of other fun things to do with kids in the area, like the Palm Springs Aerial Tramway, and The Living Desert.

I signed her up during Kids Day, and they threw in two tickets to the BNP Paribas so we met my parents there.  Here she is during an end change in a match between these two phenomenal Greek players, Thanasi Kokkinakis and Bernard Tomic.

We also got a free photo taken at the Bank of the West tent:

On our way out we stopped for a #MoetMoment.  Sadly, there was no actual Moet there.  🙁 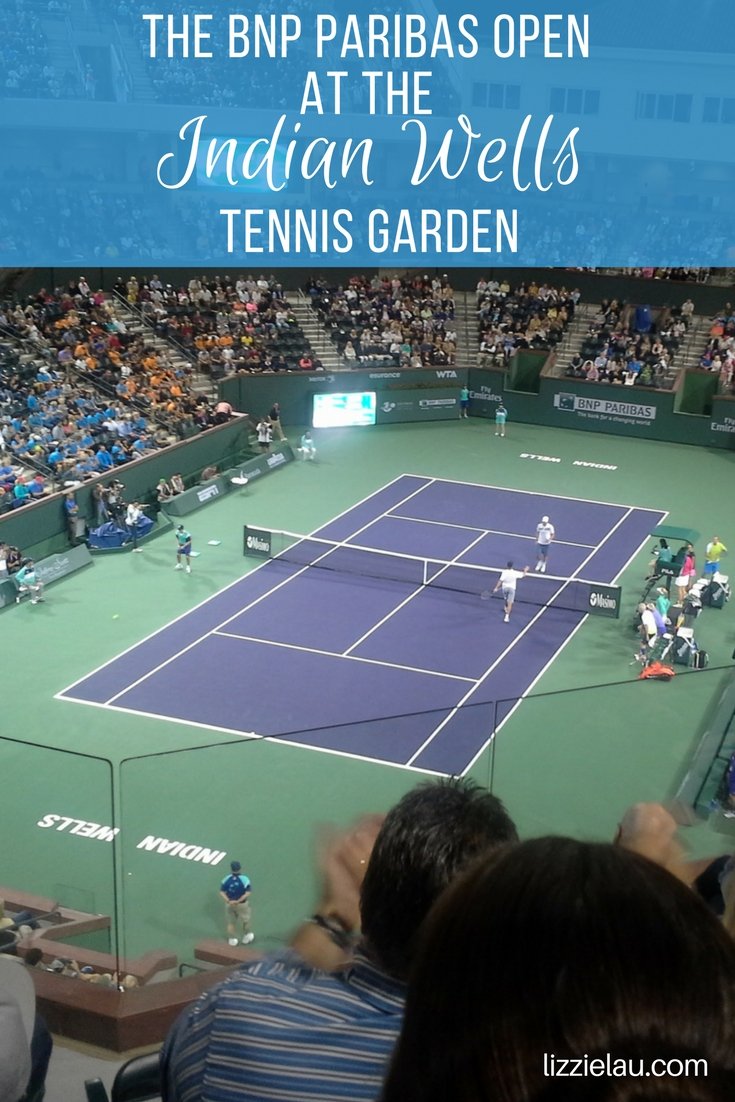