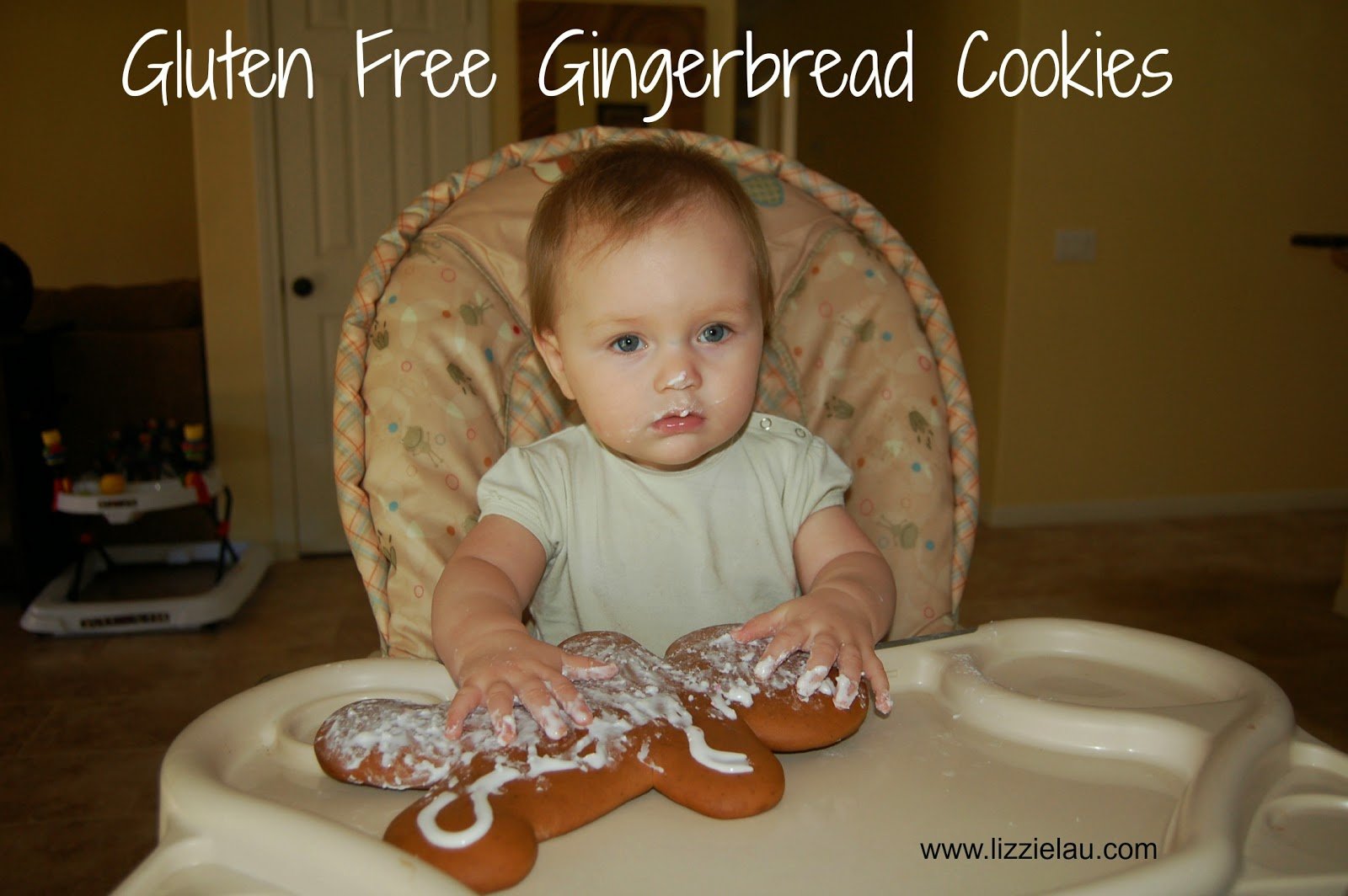 Dec 2010 was V’s first Christmas and Trader Joe’s had these fantastic huge gingerbread cookies for .99 that came with frosting and sprinkles.  She had such a great time decorating it (and herself) in her highchair.  I hoped that they would sell them every year so we could make it a tradition. Gingerbread was always part of the holidays when I was growing up. I loved gingersnaps, gingerbread men, and warm sliced gingerbread with lemon curd.

I never saw them again.

So, the following year I made one for her to decorate.  I adapted a recipe similar to the big soft cookie Starbucks sells into a gluten free gingerbread cookie recipe.  I made several trays of round cookies, and then made a big freeform man, and it turned out great! She had fun decorating it, and I used several of the round ones to make ice cream sandwiches with my eggnog ice cream and warm rum sauce. Soooooo good.

I've also made the cookies smaller, and baked them for 9 minutes.

A brief history of gingerbread: Ginger is decidedly Asian, but gingerbread is rooted in medieval Europe where it was found at fairs and festivals in England and Germany, and was so popular that Shakespeare even mentions it in his play, Love’s Labour’s Lost.