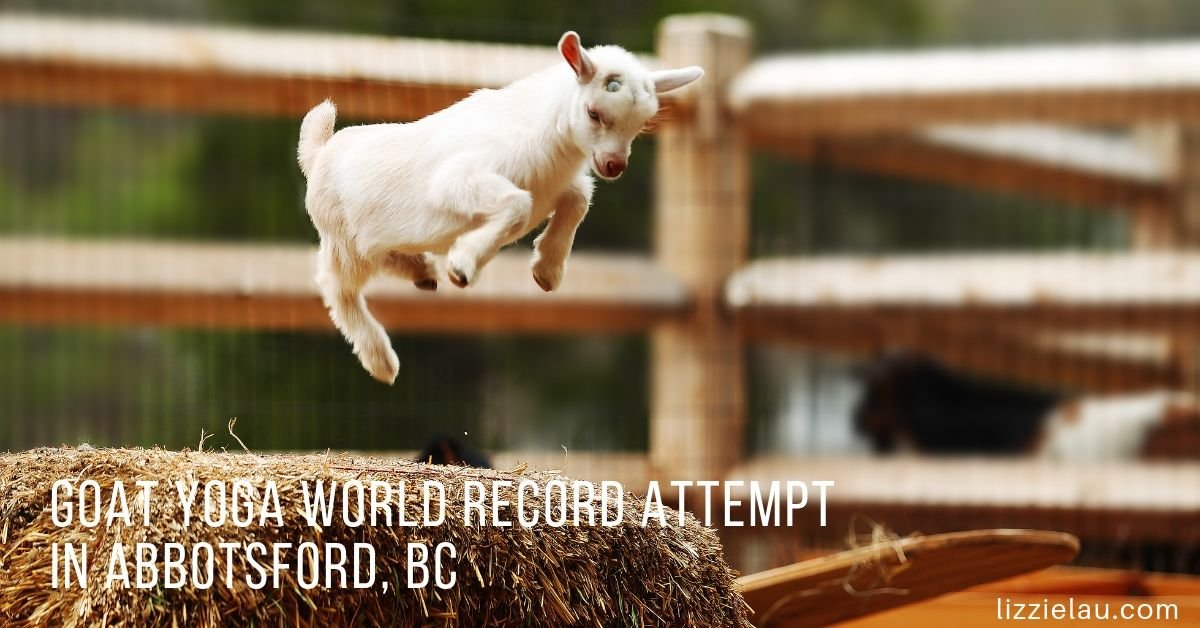 Vivi and I were recently invited by Maan Farms and Slap Communications to join a Goat Yoga world record attempt. Operations Manager, Gurleen Maan (her family owns the Abbotsford farm) organized the event, and calls it “a collision between agriculture and wellness”.

We didn’t know anyone else who was going, or so we thought. We ran into some familiar faces right away – Reg of Nourish Through Movement, met some cyber friends in real life for the first time – Jamie Khau of Styling the Inside, and made new friends – Kama of Ethigal. It was quite a day!

Vivi and I did daily sun salutations for about a week before the event to get our bodies limbered up. I used to have a daily practice, and I’m hoping this jump starts me back into it.

380 people showed up to do yoga for an hour in a large grassy area enclosed to keep about 50 goats in with us. While the instructor guided us through a yoga class, Maan farms staff moved through the crowd dropping handfuls of goat treats on our yoga mats and herding the goats around if they stuck in one place too long. Everyone got lots of goat interaction. Some got more than they bargained for – a goat paused in front of the mat next to mine to have a pee.

The vibe was amazing. Not only was this a world record attempt – and we did unofficially break the goat yoga world record, and we’re now waiting for the Guinness people to certify it – it was also a Strawberry Moon! June’s full moon is named after the strawberries that ripen this month. We were also celebrating Summer solstice and International Yoga Day (which was the day before our event).

After the yoga class we were invited to stay for lunch and pick a basket of strawberries to take home. I couldn’t resist buying an apple pie as well. Maan farms has been in business since the early 80’s. They’ve grown from 80 acres of berries sold in a roadside stand to a bustling attraction – Barnyard Adventureland – a winery and a restaurant.

Mama Maan’s Kitchen features handmade samosas, pakoras, and butter chicken bowls – even butter chicken poutine! There is a freezer section where you can buy a nice selection of pies, samosas, and soups.

They are also home to the scariest corn maze in Canada – this is where you want to be in October! 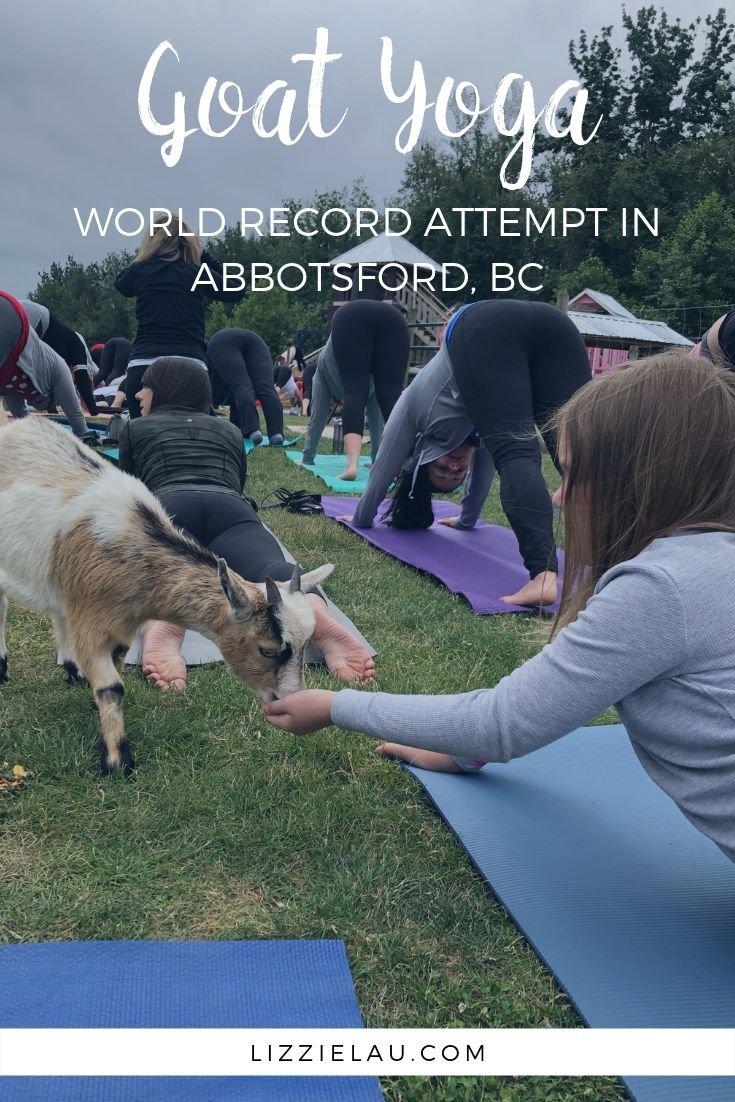 1 thought on “Goat Yoga World Record Attempt in Abbotsford, BC”