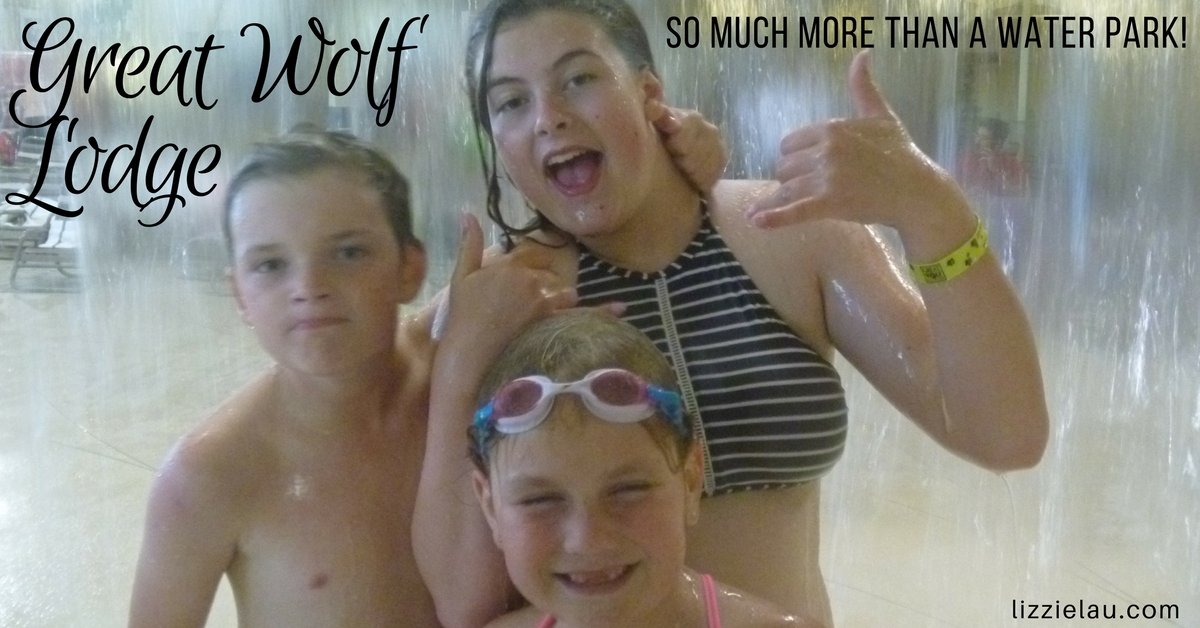 My sister found Great Wolf Lodge on LivingSocial and it was too great a deal to pass up.  We were able to each buy the deal and combine it so that we used it on one family room for 2 consecutive nights.

The family room consists of 2 queen sized beds and a pull out couch. The room was comfortable and clean, though perhaps a little closer to the elevator than I’d like to be.  You’ll understand more about that shortly.

We drove down together in the largest vehicle in our family fleet, an 8 passenger Ford Transit, we have nicknamed The Beast.  We stopped along the way to pick up a few things at the Seattle Outlet Mall where we had lunch at a food truck, and to visit family at Pier 57 in Seattle. By the time we arrived at Great Wolf Lodge, and got settled into our room the kids were ready to get changed and get in the water.

It was much more fun than I anticipated. We started out in the wave pool which was a big hit with the kids, then moved on tp the River Canyon Run, a tube slide that all five of us could do at once. The best ride was the Howlin’ Tornado, and if you’ve driven past Great Wolf Lodge on I5, you may have seen the enormous 6 story “funnel of fun” and wondered what the heck it was. Here’s a video that shows it.

It was much darker than this when we did it. I tried shooting video, but it didn’t turn out that great. The first time we rode it I had no idea what to expect and I was backwards so I didn’t see the drop coming!

We all really enjoyed the water park, and spent a lot of time in the water during our stay.

When you arrive at the GWL the entryway gives off a bit of a Country Bear Jamboree feel. There’s also a bit of a First Nations vibe.  What is unexpected is the MagiQuest. It doesn’t seem to fit in with the decor or theme of the place at all. I didn’t get on board with this at first, but my sister insisted that we at least buy the kids one magic wand and sign them up to do the Quests. In fact, I was so not on board that I pretended it wasn’t happening and let her take the kids to do the first couple of quests.

When they got back, my daughter was so excited about it that I had to see for myself. My niece and nephew who are older didn’t get much of a kick out of it, and preferred to check out the arcade.  Vivi and I spent hours going up and down five flights of stairs finding all the magical objects in the order laid out in the guide.  Most of the objects are in the stairwell, and near the elevators on each floor.

The magical objects turn off at night and back on at 8:30am.  Vivi, who usually sleeps in as long as she can heard the objects activate at 8:30, and sprung out of bed ready to get back to the quests.  I was grateful that there was a Starbucks in the lobby! Overall I’d say that even though Vivi is a mermaid and for the most part prefers to be underwater, she enjoyed the MagiQuest even more than the waterslides.

This was the first of three summer road trips we did with my sister and her kids.  We also went to Penticton and back to one of our favorite spots – Cannon Beach!

If your kids are intrigued by magic and sorcery like my daughter is, check out Little Witch Academia and The Worst Witch on Netflix. These are two of Vivi’s favorite shows. 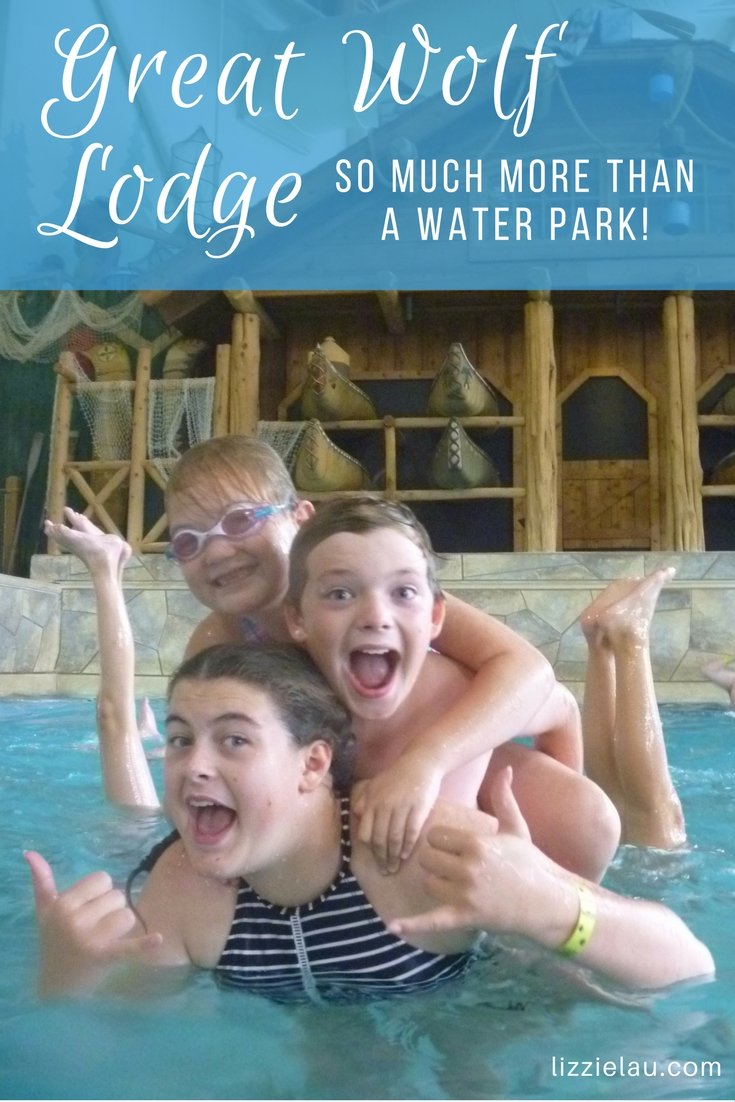 1 thought on “Great Wolf Lodge in Grand Mound, Washington – it’s worth the drive!”