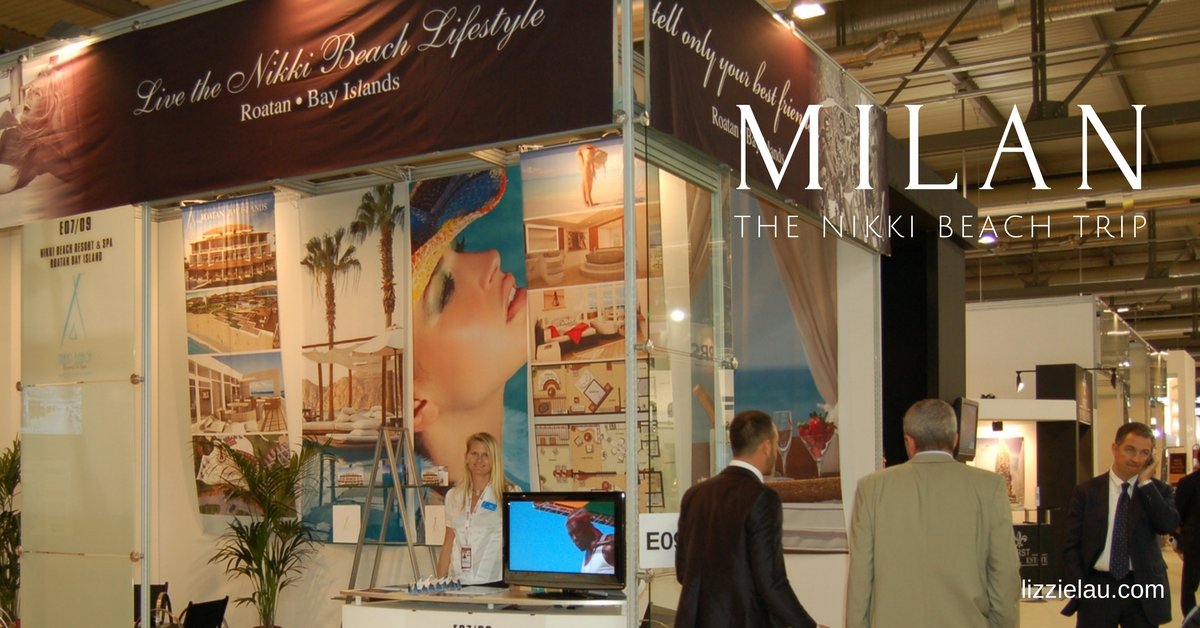 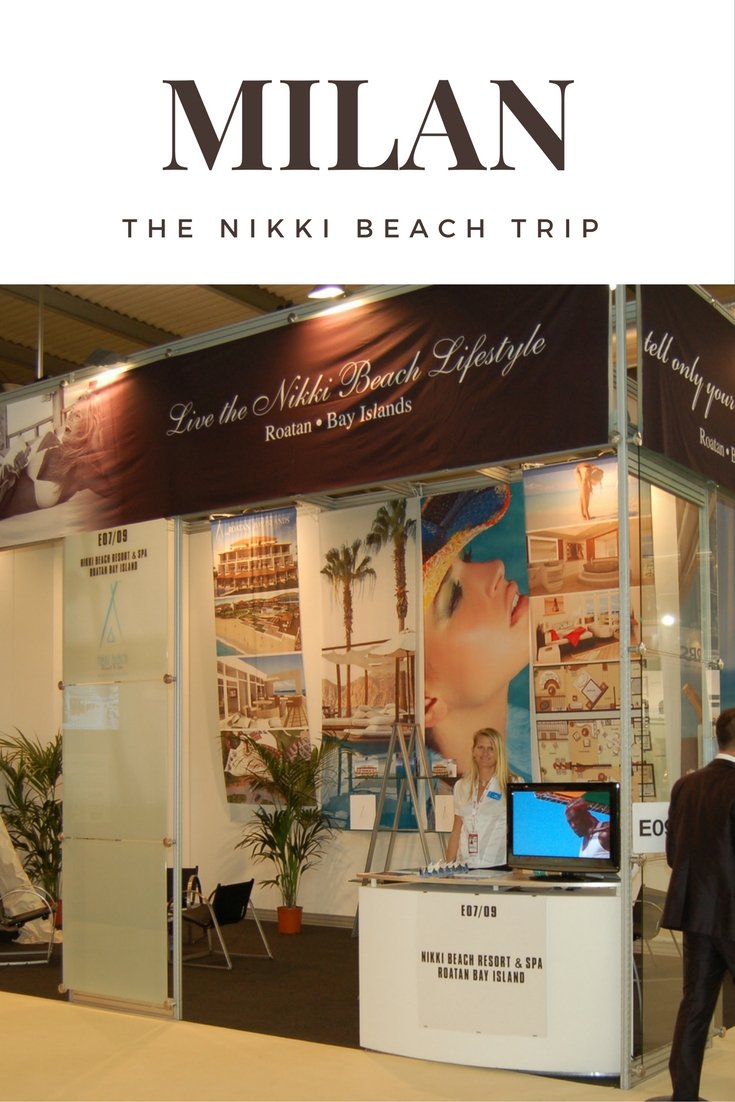 When I quit my job on the yacht in Roatan after 11 years, the only plan I had was to conceive a child. I had no idea what I was going to do to make a living. A few months later I found myself in Milan after my friend Ollie invited me to join her on the Nikki Beach project.

A Miami company, Blue Ocean Reef, had bought the land below The View restaurant and was developing it as a Nikki Beach resort.  She had been brought on to do sales, and asked me to work alongside her and sell under the umbrella of her broker’s license.  We had a cute little office set up next to The View and as the project started to get built we started selling.  It was fun, and Nikki brought an element of glamour and heat that everyone wanted to be a part of.

The construction was progressing beautifully and sales were good, but Josh, the owner thought we needed to think outside the box, and had the terrific idea that we should take advantage of the charter flight that was bringing Italians in from Milan. He booked us a booth at the Expo Italia Real Estate and set up our all expenses paid trip to Italy! We went to set up and man the booth, and were joined by Josh and his wife, and at the last minute Ollie’s daughter decided to come along.

We flew from Roatan to Milan and as soon as we got checked into our hotel we went out in search of caprese salad and gelato.

Working the 3 day expo was exhausting. We both had sore feet at the end of each day, but we couldn’t resist spending as much time exploring the city as we possibly could.  We did some shopping and ate gelato every day, each time certain that we had found the best gelato in the city.

It was lovely to see Ollie and her daughter enjoying each other’s company.  It reminded me of when my Mom flew to Europe to meet up with me, and we traveled through England, France and spent a week in the Canary Islands together. It’s a milestone when you can finally hang out with your mom as friends, and share great experiences together.

Once again, I was appalled at how much graffiti there was all over this beautiful old city.  When I visited a couple of years earlier with my parents and X2 on our motorcycle trip we were all shocked by it. I love art and murals, but I don’t get how people can randomly deface public property. It seems super selfish.

My career in real estate was short-lived, and so was the Roatan Nikki Beach project.  When I left the island to move to Guatemala, the project was on the brink of collapse.  I’m grateful for the opportunity to travel to Milan on their behalf and also to help produce the spectacular white party in Tegucigalpa, but I’m sad that the project fell apart. It would have been a gorgeous addition to the island.