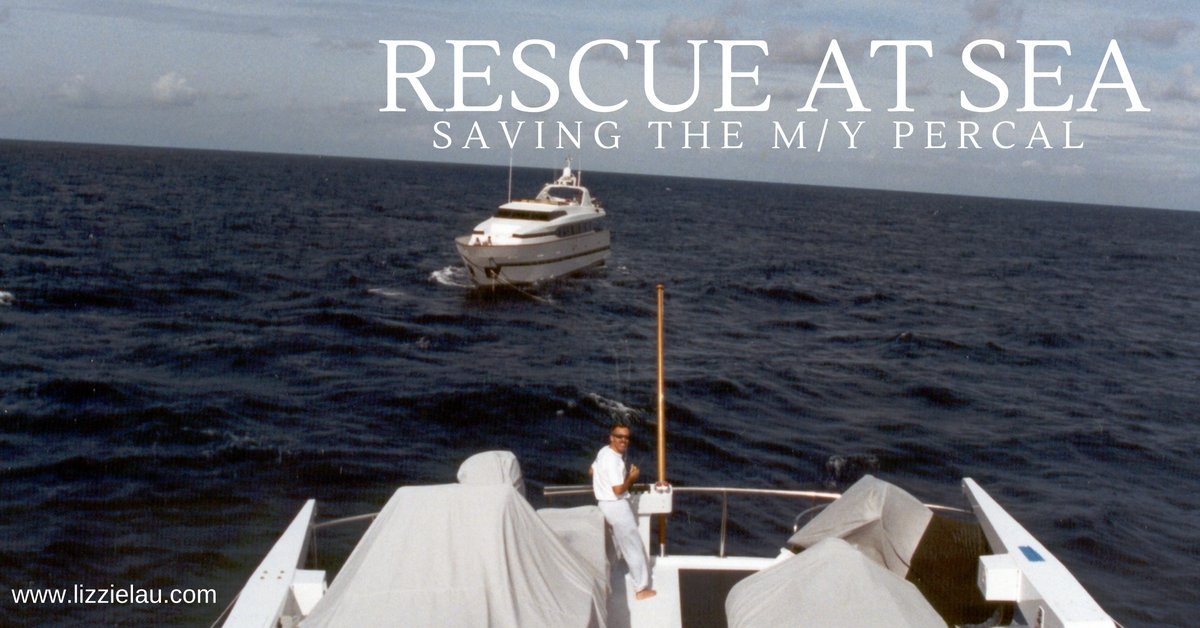 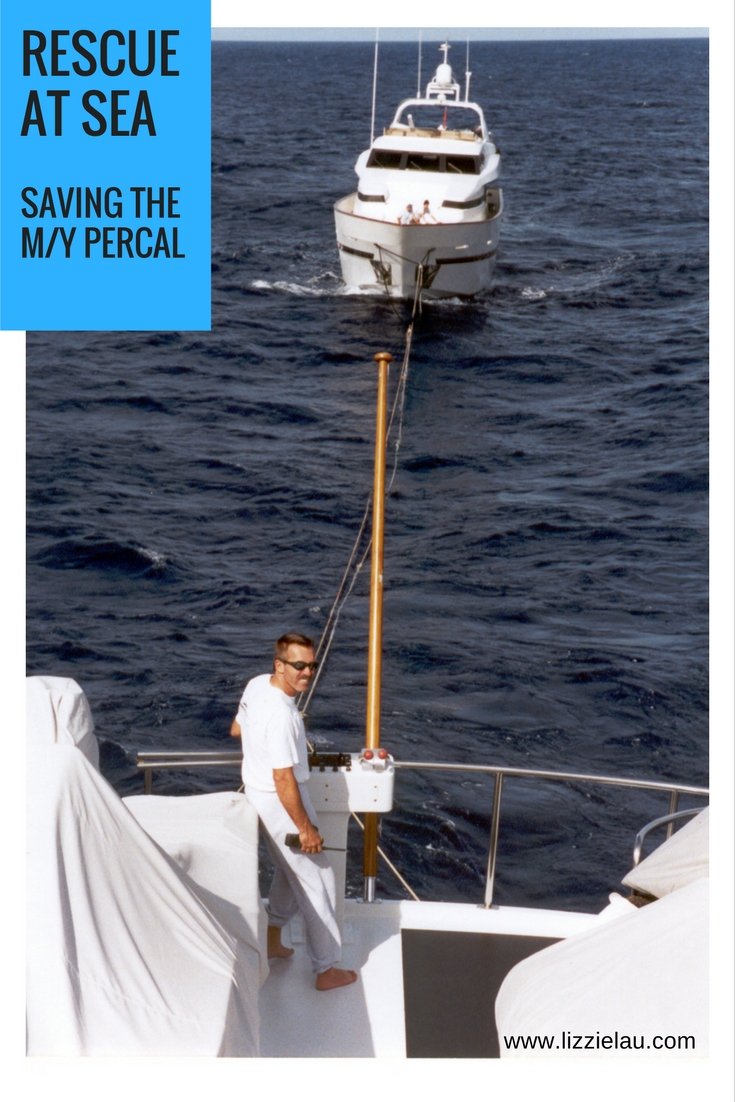 X2 and I did a couple of extended trips to the boatyard in Florida with the M/Y Aries.  Near the end of our first big refit we met a gang of crazy South Africans on board the M/Y Percal which coincidently was also getting ready to travel to Cozumel.  After getting to know the crew a little bit and learning that it was their first time going to Cozumel, we decided we should travel down together.

The Percal was a 98′ Azimut owned by Guillermo González Nova, a super wealthy Mexican businessman, owner of Commercial Mexicana. The boat was named in honor of the company’s first store which opened in Mexico City in 1930, and primarily sold textile products.

We left Fort Lauderdale and headed for Key West.  We stayed in the ICW but the Percal crew thought it would be more fun to head out to the Atlantic and get tossed around in the open ocean all day. We waited for the weather to get nicer before we left Key West, and then headed for Cozumel, staying just outside of Cuban waters on the way down.

Normally it was just the two of us on the 105′ Aries, but we had hired two crew to help with the crossing. The Percal were operating with a full time crew of 5. We were glad we had the extra hands on board!

We were off the coast of Cuba when we got the call on the radio that the Percal’s engines had quit and they could not get them started again.  It was a beautiful day and the ocean was calm, but being adrift is no bueno. After about an hour of bobbing around waiting to see if they could get their engines running again, we offered to throw them a line and tow them away from Cuba.

When they agreed, we could have claimed salvage based on the fact that if they continued to drift east into Cuban waters they were in danger of going aground.  They also would have been at risk if the weather had gotten bad.  It doesn’t look like a big deal in the photos, but it is very unnerving for a boat to be dead in the water. Of course we didn’t claim, it would have been bad karma, but I suspect that Captain P on the Percal told Sr. Gonzalez that we could have, because we were treated very well by his whole family. We also felt like we had some degree of protection on the island, as there were no further attempts at extortion by the Capitania de Puerto or the marina.

It was tricky getting close enough to them to throw them a line, but X2 managed to bring us in close and hold us steady while they got tied up. We towed the Percal half the day while the crew tried everything to get the engines to fire up.  They finally got someone from the manufacturer, MTU, on the phone in Germany and he was able to troubleshoot the problem.  It turned out that one of their batteries had died and it just happened to be the one that was powering the computer that controlled the engines.  Yay technology.  Once they swapped in a different battery they were up and running again.

We arrived safely in Cozumel and enjoyed the company of Captain P and the crew as they came and went over the next several years until we moved to Isla Mujeres. Captain P was a sensational cook. He brought in a turkey fryer and we fried EVERYTHING. We built a braai on the dock, and he even helped me set up Mexico’s only floating biltong factory. I got so good at it that I could trade biltong for fish whenever the boats came in with fresh catch. 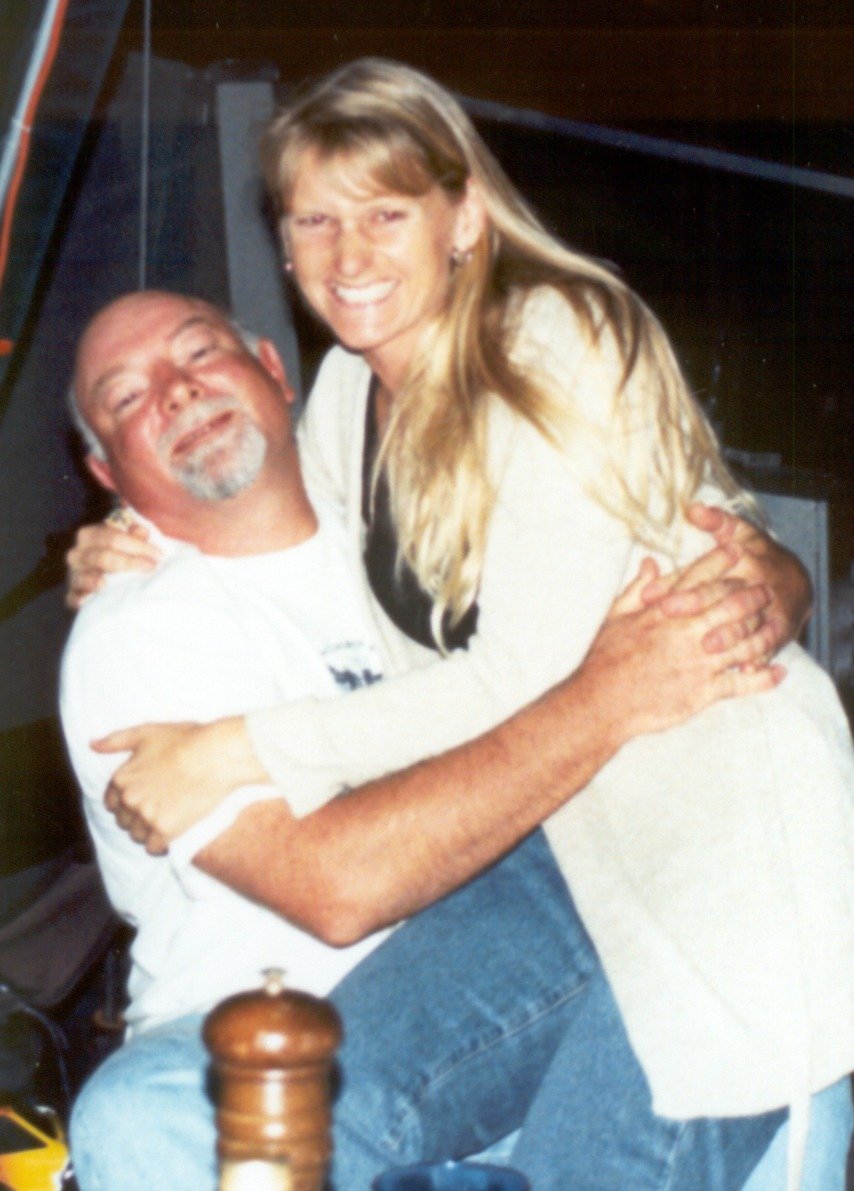 Me and Captain P

Shenanigans on the dock with the Percal Crew 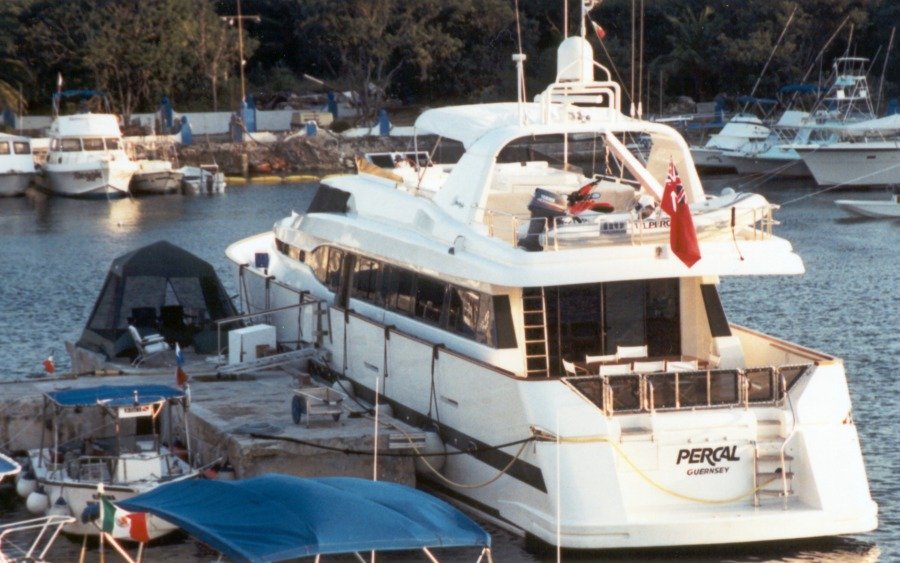 The Percal takes over the Marina 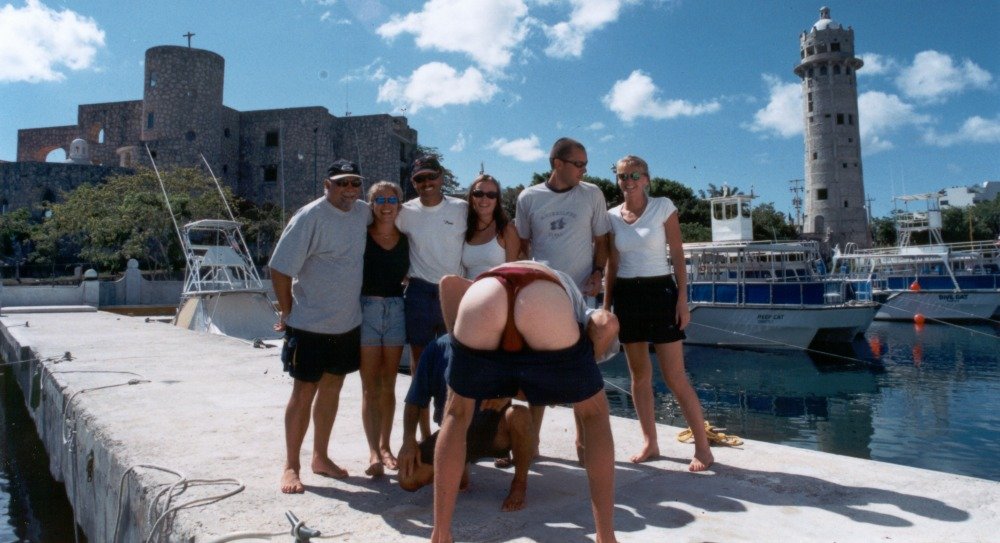 This happened way too often when the Percal was in town.

Adios Percal – Have fun in the Med!

7 thoughts on “Rescue at Sea – Saving the M/Y Percal”