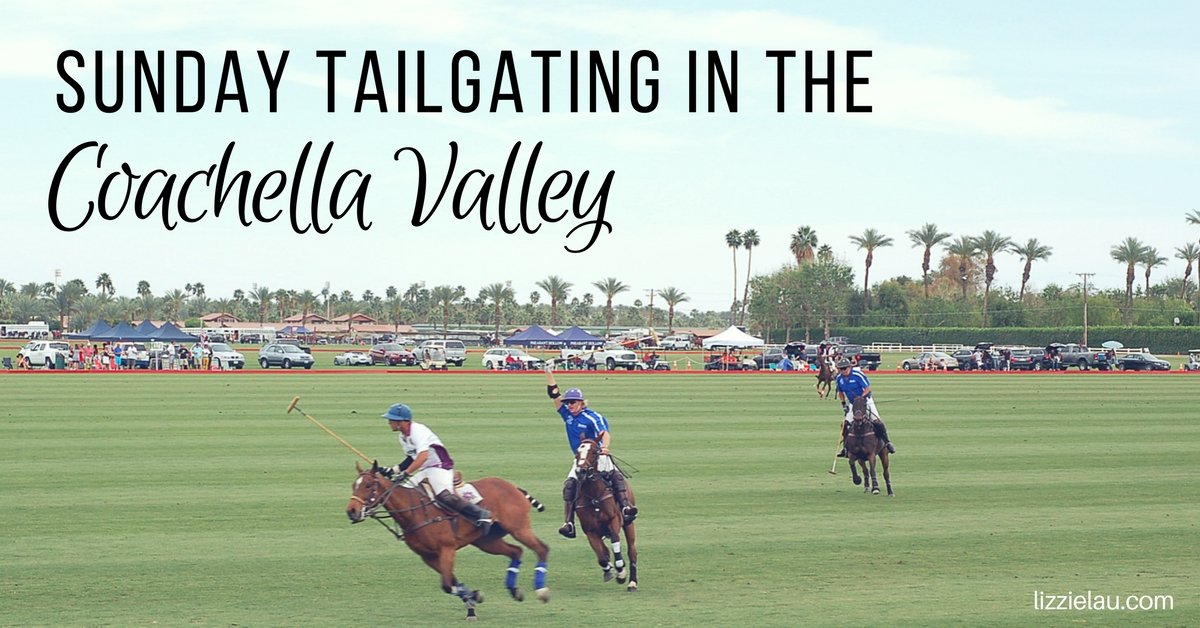 January through to the end of March is polo season in the desert, and international teams show up to play matches on the same fields the musicians set up on for Coachella and Stagecoach music festivals.  Polo is played at both El Dorado Polo Club and Empire Polo Club.  I’ve never been to Empire, but I loved their 2018 ad campaign for opening day, it was super sexy and might just win me over:

The first time I experienced polo tailgating was purely out of curiosity.  I’ve seen Pretty Woman. I was expecting to see all the fancy people in their hats, out on the field in high heels, drinking champagne and trying to stomp divots and avoid the steaming piles.  I was not disappointed.  The crowd is a glorious mix of families, ranchers, socialites and even celebs.  More than once we looked around after setting up, and realized we were tailgating next to William Devane, who has been in a million things, but most recently stole the show on Grinders with Rob Lowe.  The Devane family are desert locals, have a Ranch in Thermal, and have long been active in the polo scene.

You’ll be happy to know that we did get to stomp divots, and at El Dorado they play the song Pretty Woman every time we stomp.

If you’re worried that you don’t know anything about polo, I promise you that you don’t need to.  There are beautiful horses with people atop them playing hockey with mallets and balls. A match consists of 4 (7 minute) periods called chukkas, and they change ends after every goal is scored.  There is even a Canadian commentator at El Dorado giving a hockey style play by play.

For a $10 fee (per car) you can park along the field, set up chairs, tents, tables, bbqs, playpens, coolers full of beer, champagne, wine … anything goes.  Get there early to secure a tailgating spot on either side of the field, but if you don’t you can still set up on the hillside below the parking area on the West side of the field.  We’ve set up on both sides of the field at El Dorado, but the West side is where you want to be for easy access to the Cantina, porta-potties, and to hear the play by play.  You don’t want to miss the announcement for the free booze at halftime, which is provided by the brand sponsoring the matches!

Looking for other fun things to do in the Coachella Valley?  Check out the Palm Springs Aerial Tramway. 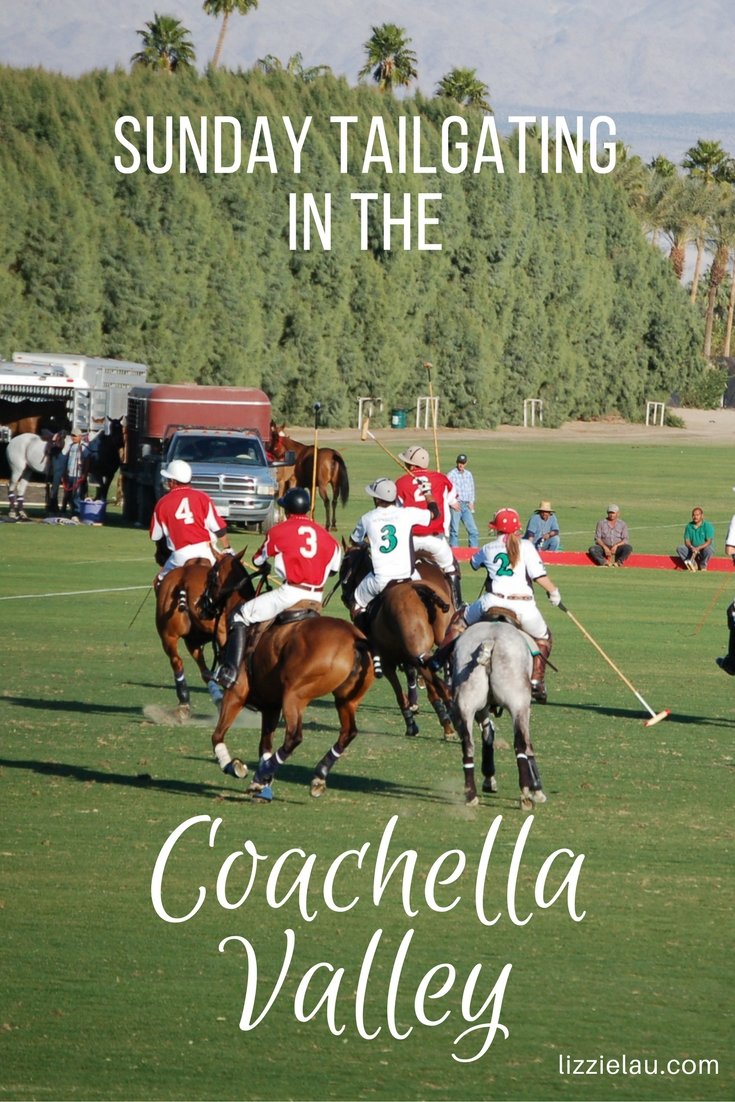 13 thoughts on “Polo Tailgating in the Coachella Valley”