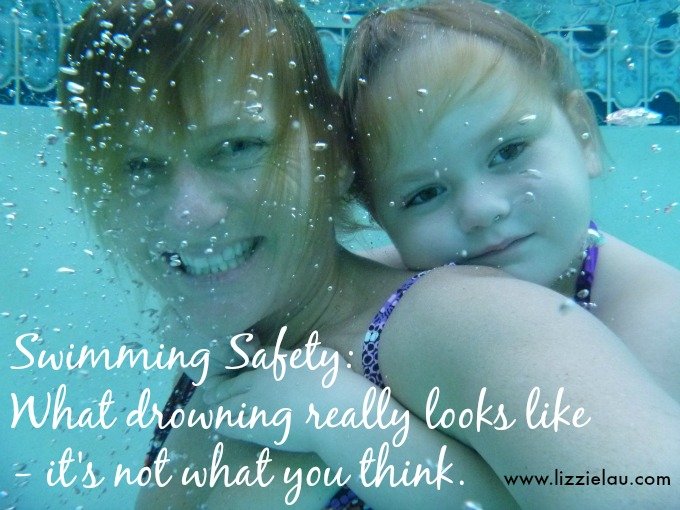 My daughter is a terrific swimmer. As proud as I am that she went from being dependent on floaties to freediving for toys in about 4 days, and at age 4 began swimming and diving in a monofin and mermaid tail, I am still as nervous as ever about her being in the water.

Her confidence freaks me out because she keeps pushing and pushing her limits.  I don’t want her to be afraid of the water, but I want her to respect it, and I don’t want there to ever be a moment when I’m not there to rescue her if she needs me.

I spent most of my adult life working on boats, so I learned long ago to keep an eagle eye on swimmers and divers on the surface for signs of trouble.

One of the main reasons we repeatedly ask divers on the surface for an “OK” signal is because it is so hard to tell when people are drowning.

Someone who is drowning will not be able to communicate.

A person in distress on the surface will show signs of panic, and may call for help, but someone who is drowning will not be able to communicate.

We had to rescue people all the time, people who were good swimmers, who had been scuba diving for years. A friend of mine lost his dive business because an experienced diver drowned at the surface with air in her scuba tank, right in front of his crew.

The Instinctive Drowning Response is what happens to adults and children as they drown, and it doesn’t look anything like you’d expect.

You have seconds to react when you see this behavior.

There is no yelling for help, arm waving, or looks of pure panic. Because a drowning person is having trouble keeping their mouth above water, their only concern is getting air, they won’t try to get attention. Often, they will look like they are dog paddling, or trying to lift their head above the water with lateral arm movements. They will be in an upright position, and won’t be using their legs.

This behavior usually lasts less than a minute before the drowning victim sinks underwater. Children will generally not last as long as adults. You have seconds to react when you see this behavior. Don’t leave kids alone in the pool, or assume that a bigger kid can supervise the younger ones. 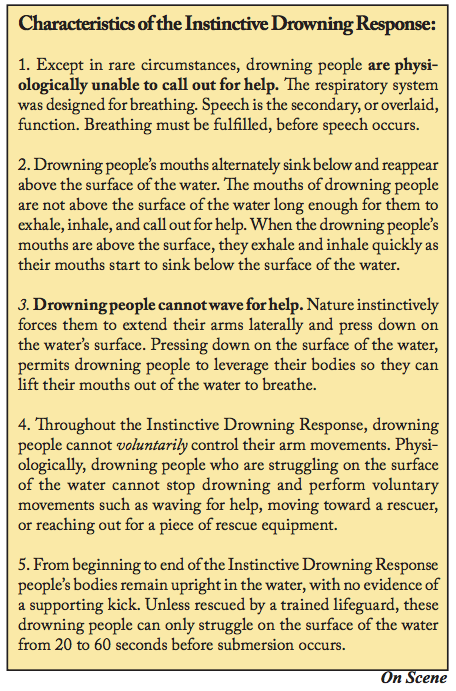 Have fun and be safe!

1 thought on “Swimming Safety: What Drowning Really Looks Like”