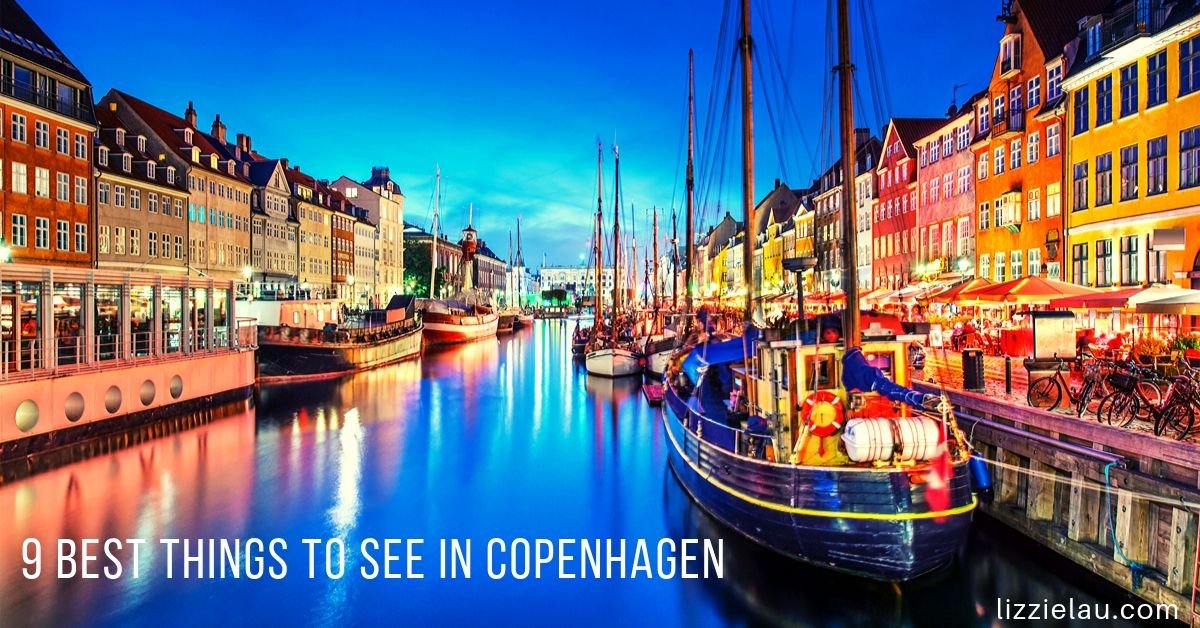 Scandinavia is home to some wonderfully magical cities, but few can compare with Copenhagen. Read on to find out what the 9 best things to see in Copenhagen are and why this city is not to be missed during your visit to Europe!

The capital of Denmark is an absolute gem that everyone should visit at least once in their lifetime. It is such a stunning city that it’s hard to believe that it once used to be just a simple viking fishing village. Nowadays, Copenhagen is a lot more about the royals and their palaces, than about fishing. It’s a big city with a lot of wonderful attractions, so we’re here to help you filter out the ones that actually matter.

Tivoli Gardens are easily the most popular tourist attraction in the city. The 19th century amusement park is astonishing, and quite a lot of fun actually. There are endless opportunities to entertain yourself here, with rollercoasters, ferris wheels, carousels and many other rides. The park also features several food stalls, which are perfect for a quick bite between rides.

During the winter, the amusement park is adorned with Christmas decorations, and it truly feels like you’re stepping into a fairytale. In fact, both Walt Disney and Hans Christian Andersen visited Tivoli Gardens many times. It’s even said that Disney found inspiration for his own amusement park right here in Copenhagen.

Nyhavn is to Copenhagen what Carrie Bradshaw’s steps are to New York – an iconic neighbourhood that immediately reminds you of the city. The colorful houses are a staple of this part of Copenhagen, and have been home to some of the most prominent Danish people in history. Hans Christian Andersen is one of them; the famous writer lived in the neighbourhood for decades.

Nyhavn is particularly stunning during Christmas. All of the cafes and restaurants offer lots of different Christmas delicacies, so it is the perfect time to try some delicious Danish desserts. And the Christmas market takes up a huge part of the neighborhood, with beautifully decorated stalls.

In the heart of Copenhagen, you will find the Rosenborg Castle. The iconic palace was built in the early 17th century, and it used to be the residence of the royal family. It houses some of the most extravagant royal relics in the world, including all four sets of the Danish crown jewels.

They are reason enough to visit the museum in this palace. You can also see the Throne Chair of Denmark, as well as the Coronation Carpet. Maybe not as exciting as a diamond tiara, but still an interesting exhibit nonetheless.

On the outside, Rosenborg Castle was built in Dutch Renaissance style. The palace is also the home of the oldest royal garden in the country, which is commonly known as The King’s Garden.

The iconic Lutheran church is an amazing example of Rococo architecture. It was completed in the late 19th century, but its construction began nearly 150 years before that. The church is famous for its dome, which is the largest dome in Scandinavia with a span of 31 meters.

We prefer the exterior of the church to its interior, so don’t be bummed if it’s closed for visitors while you’re in the area. Don’t get me wrong; the inside of Frederik’s Church is absolutely stunning, but its exterior just got our expectations too high.

The next thing to see in Copenhagen is just steps away from Frederik’s Church. It is Amalienborg, the winter residence of the Queen of Denmark. This popular spot is a must for anyone even remotely fascinated by the royal, as it is a unique opportunity to gain some insight into their lives.

The 18th century complex of palaces was built in Rococo architectural style, and it fits in wonderfully with the surrounding attractions.

Amalienborg Palace is also famous for its Royal Guard. Every day at noon people flock here, to observe the changing of the guards, who march from their barracks, through the streets of Copenhagen to the Amalienborg Palace.

Christiansborg Palace is another grand building that used to be the home of the royal family. It is located on an islet in central Copenhagen, and it has a rather rich history. But it is also very unique – this is the only building in the world that houses all three branches of the government in one country.

The building that we see here today is the last of all the palaces and castles that used to exist here. The first one, Absalon’s Castle, was built here all the way back in the 12th century. But it was demolished, and only some ruins remain. You can actually see those when you visit the grounds.

The current palace features several different architectural styles, due to several reconstructions that were prompted by fires.
Part of the palace is open to the public, and you can go on a guided tour if you like. You can see the excavated remains of the original castle that stood here, as well as the kitchen, the stables, room of tapestries of the current palace and more.

One of the best things you can see in Copenhagen is a wonderful, panoramic view of this exceptional city. And for that, you will want to head to the top of the Round Tower.

The 17th century tower features an observation deck and a planetarium, so there’s something to see here during both day and night. There is also an art studio in the middle of the tower, which frequently features an exhibition of some kind. Definitely stop by there as well, to really make the most of your time in the tower.

But the view from the top is why we’re here. Copenhagen is an enchanting city, and the only way to do it justice is to view it from a point high up in the sky. The Round Tower is the perfect way to end a day in this gorgeous city; admire the sunset from the top, and then head to the planetarium for some night-time sightseeing!

The Black Diamond library is a majestic sight, and a building you should definitely see in Copenhagen. It’s located in the heart of the city, on the same islet where the Christiansborg palace stands tall. It stands out from its surroundings because of the neomodern architectural style, which is in contrast with the buildings in the area. And particularly in contrast with the old building of the Danish Royal Library.

This building is stunning both inside and out. Definitely go inside if you have the opportunity, because the Black Diamond is always home to some cultural event. There’s usually an exhibit of some sort, and concerts are also frequently held in this library. In addition to that, there’s a cafe inside the Black Diamond, so it’s as good a spot as any to grab a cup of coffee.

Church Of Our Savior

Perhaps the most famous church in Copenhagen is the Church Of Our Savior. It is known for the iconic black and golden helix spire, as well as the amazing Baroque architecture. You can climb to the top of the spire – the winding staircase takes you around the spire, and rewards you with extensive panoramic views of Denmark’s capital. There are some 400 steps to climb, but the views along the way will take your mind off the grueling climb.

The 17th century church is not breathtaking just on the outside. It also looks really amazing on the inside, and we particularly loved the Tessin’s altarpiece and the huge organ. The altarpiece actually depicts a scene from Garden of Gethsemane, and it is considered a true masterpiece. The organ features a gilded monogram and a bust of Christian V, and it has a total of a whopping 4000 pipes!

Our guest contributor, Mike, is addicted to both adventure and travel, so decided to combine the two to form TheAdventourist. There he shares his journey from one adrenaline rush to another, always exploring new places as he goes. You can find him sharing his travels on Facebook. 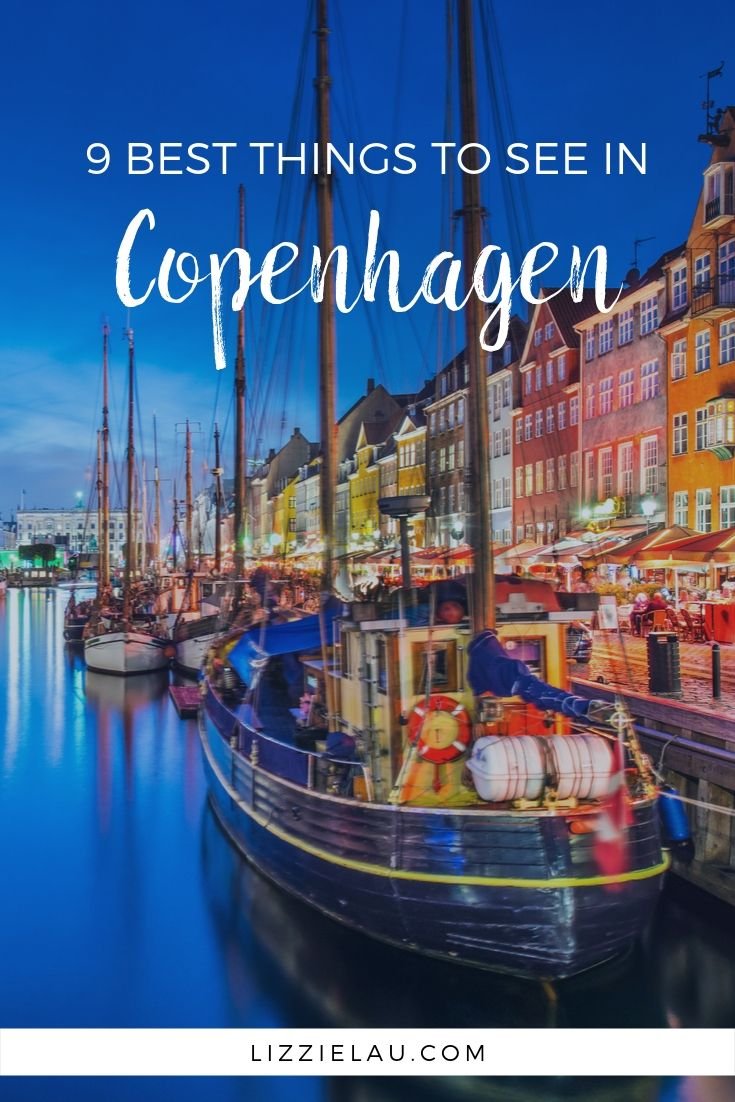 1 thought on “9 Best Things to See in Copenhagen”