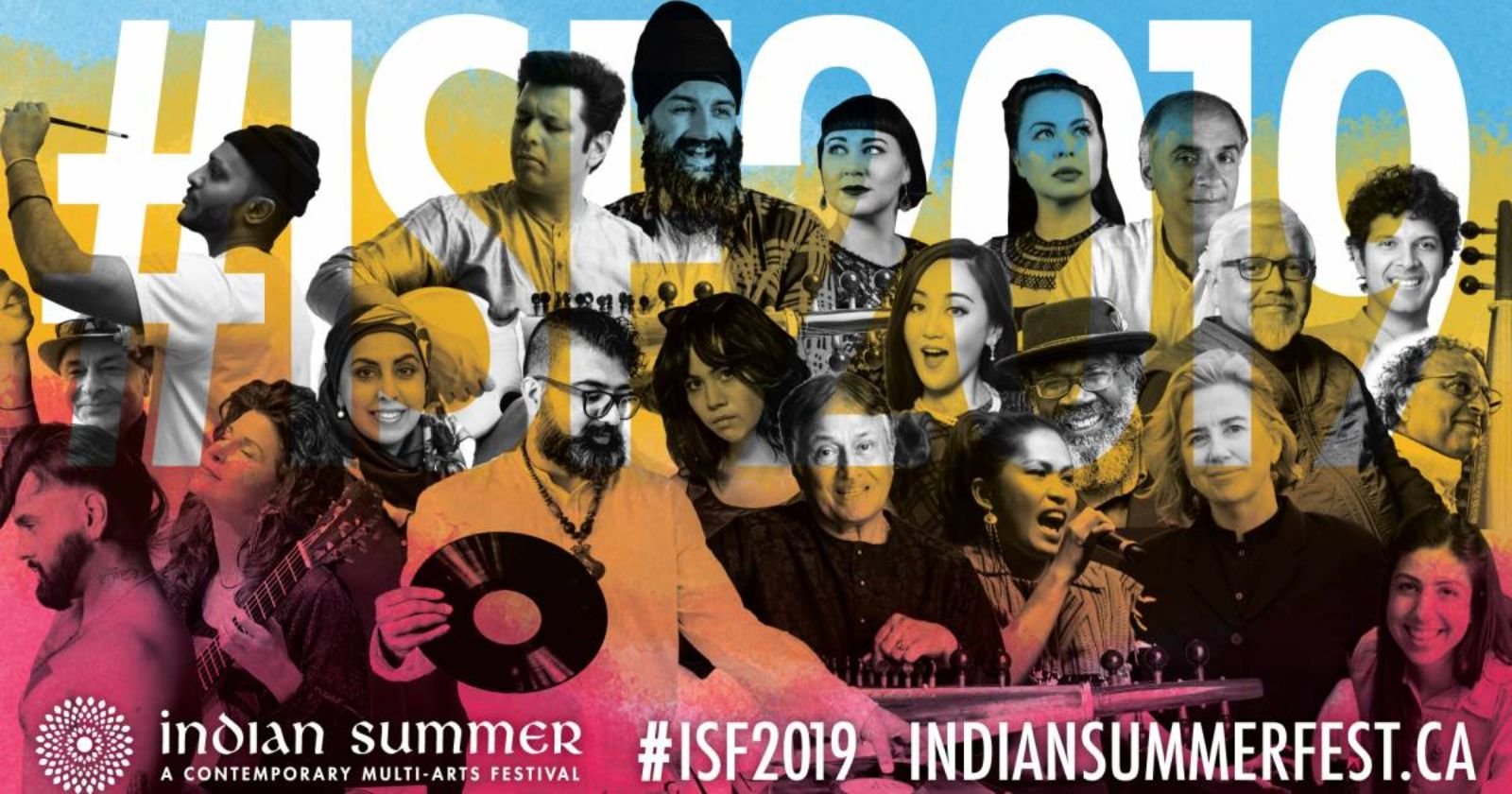 Travelers to Vancouver in the summer are met with so many fantastic festivals and events, it’s hard to know where to begin. Here’s one you won’t want to miss. The 9th annual Indian Summer Festival returns to Vancouver, bringing locally and internationally renowned artists to venues across the city from July 4 to 14.

With the provocative theme of ‘Tricksters, Magicians, and Oracles,’ Vancouver’s 2019 ‘festival for the curious mind’ lineup features futurists, novelists, stand-up comedians, musicians and storytellers from around the world.

“What we need more than ever in the world today is a way out of the tumult that seems to surround us. For our ninth edition, we’ve invited an incredible range of artists who do that, and who are either tricksters, magicians or oracles in their own way. So they give us a way out through laughter, or conjure up a new reality for us to reach for, or light a path forward with their prophecies,” says Sirish Rao, Indian Summer Festival’s Artistic Director. “Our roster this year includes some of the most influential artists in the world. And the festival, as always, is a model for what the world could look like, if we came together with all the power of human diversity, innovation, creativity and wisdom.”

From Grammy award-winning classical guitarists to genre-bending DJs, razor sharp comedians, and award-winning novelists this year’s programming spans literary dialogues, debates, performance art, musical collaborations, interactive public art, and culinary experiences. Indian Summer Festival has made its mark on Vancouver, quickly becoming one of the city’s leading cultural events with a reputation for unusual pairings of the local with the international, the traditional with the contemporary. By creating a space in Vancouver for local and global conversations, and dissolving cultural borders Indian Summer Festival challenges and invites artists and audiences to come together in the spirit of dialogue. Highlights of this year include:

The festival plays host for the fifth year running to the only Canadian edition of this ever-popular international speakers series. 5×15 features five eclectic artists who will speak for fifteen minutes, unscripted, on a topic they are deeply passionate about. This year’s all-star lineup will include literary ‘Global Soul’ Pico Iyer, Trickster trilogy titan Eden Robinson, and literary bluesman Arthur Flowers.

Jarrett Martineau, charismatic host of ‘Reclaimed’ on CBC curates a galaxy of potent musical voices from across Canada. From Inuit throat singing and traditional rhythms to contemporary sounds and 808-hip-hop beats, this will be an immersive evening of futurist genre-bending music and diasporic dancefloor beats. The night will feature multiple Vancouver debuts by some of Canada’s brightest stars in South Asian, Indigenous, Queer, Filipinx, and diasporic music, movement, and poetry. Watch for PIQSIQ, featuring members of Juno Award-winning Inuit throat singers Quantum Tangle with Ruby Singh’s soundscapes.

Writer, world-traveller and TED sensation Pico Iyer has spent his life answering the great questions of humankind. Whether in three decades of conversations with the Dalai Lama, or his sleeve notes for Leonard Cohen, Pico Iyer’s voice has always been a place of stillness in the whirlwind of the world. At Indian Summer he invites audiences to meditate on the age old question ‘what does it mean to be alive? And how do we hold onto the beings we love, even though we know we and they must come to an end one day?’

Indian Summer Festival’s outdoor programming hub, PAUSE, is a unique architectural installation conceptualized to bring people together with an innovative use of public space. Situated at the site of the village of sən̓aʔqʷ (pronounced Sun’ahk), currently known as Vanier Park, the PAUSE Pavilion features free events throughout the festival, including Tiffin Talks (a lunchtime speakers series paired with a tiffin meal), family-friendly programming and workshops, and visual art installations.

–  July 12 | The Chan Centre for the Performing Arts

The undisputed living master of the sarod, and one of India’s most celebrated classical musicians, Amjad Ali Khan takes the Chan Centre stage alongside his richly talented sons Amaan and Ayaan Ali Bangash. In this rare concert, the first family of the sarod comes together with three-time Grammy Award-winning classical guitarist Sharon Isbin. Isbin and the Khans bring together cultural traditions as they present a range of music, from Spanish work for guitar, ragas and folk tunes. These outstanding musicians make an eloquent and impassioned call for harmony – in music, in religion, in cultures, and in the world. Indian Summer Festival hosts the world premiere of this powerful collaboration.

American comic and creator of the hit documentary, The Problem with Apu, Hari Kondabolu is known for his appearances on The Late Show with David Letterman and Jimmy Kimmel Live. Kondabolu has a Netflix special Warn Your Relatives and was named one of Variety’s‘Top 10 Comics to Watch.’ Kondabolu returns to Vancouver for an evening of comedy exploring the personal and the political. Described by The NY Times as “one of the most exciting political comics in stand-up today,” Kondabolu will have the Vancouver Playhouse audience in fits of laughter in this one-night only event.

Additional highlights include a special SFU Vancouver 30th Anniversary Speaker Series presentation, in collaboration with Indian Summer Festival, featuring literary heavyweight Amitav Ghosh on July 9 at SFU Goldcorp Centre for the Arts. Ghosh, one of the world’s great writers, will explore ‘The Great Derangement,‘ arguing that future generations may well think we are deranged, given our imaginative failure in the face of global warming.

In ‘The Beats in India’ Pulitzer Prize nominee Deborah Baker takes us back to the moment when America’s edgiest writers looked to India for answers as India looked to the West. She follows beat poet Allen Ginsberg on his fifteen months in India in the early 60s, a trip that not only changed his life, it helped spawn generations of hippies, hipsters, writers, artists, rock-stars and soul-searchers. This is one of many ways, she argues, that India expanded the possibilities of the western consciousness

The festival will also be the premiere for Trigger Me This, an exciting new stage format of ‘comedy, outrage and debate’ from Richard Side, Creator of The Debaters on CBC Radio One.  A panel of talented comedians and the audience decide where jokes cross the line and go from being inoffensive to being off-putting and even toxic. This is in an exploration of what makes us laugh, what makes us shudder and what makes us do both simultaneously.

Established in 2011, Indian Summer Festival is a multi-disciplinary arts festival ‘where worlds meet’ in Vancouver. The festival fosters true curatorial risk-taking by bringing unexpected genres together, and focusing on artistic collaboration between the finest artists and visionaries from Canada, South Asia and beyond. It is produced by Indian Summer Arts Society, a not-for-profit charitable arts organization based in Vancouver, Canada. Its mission is to offer daring, multi-arts events that bring together diverse artists, audiences and artists in a spirit of global dialogue and citizenship.

Looking for more things to do in Vancouver? Start here. 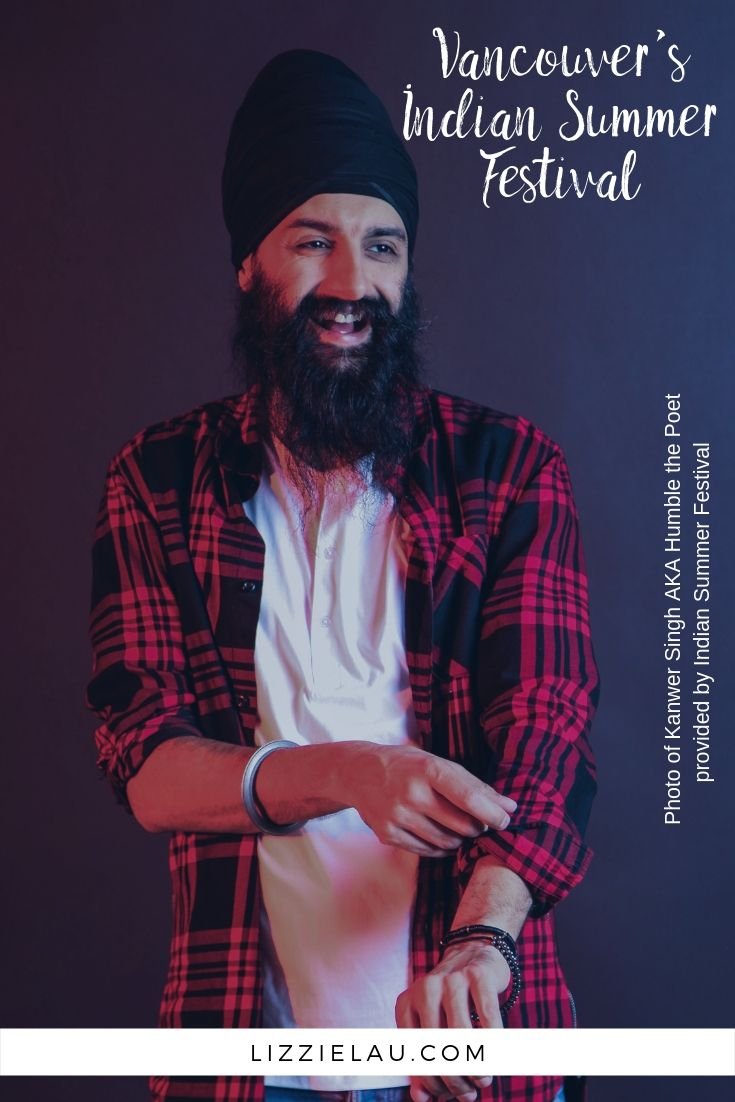