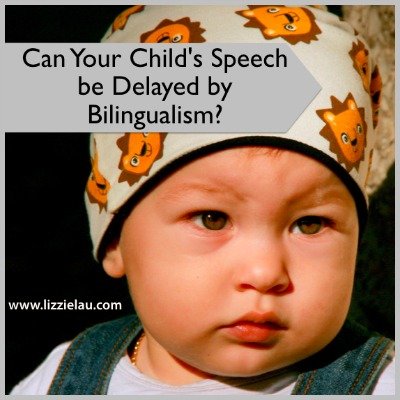 There are so many myths about developmental problems arising when parents teach a baby more than one language from birth. Don’t allow yourselves to be discouraged by well meaning family or friends who are offering unsolicited advice. 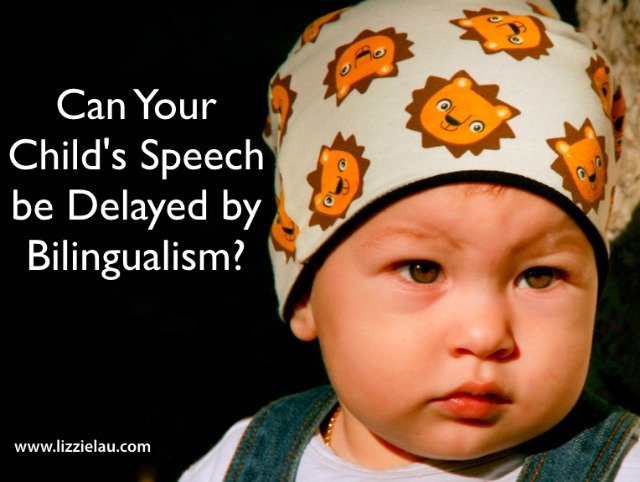 The short answer is no.

Initially I had hoped to raise my daughter bilingual because English is my first language and Spanish is her father’s. I planned to speak to her in English and Spanish, and I wanted her dad to speak to her mostly in Spanish. It didn’t quite work out that way because he moved across the country when she was a year old. The good news is that the early exposure to two languages means that the synaptic connections were established in the first year, and the groundwork was laid. I started teaching her baby sign language before she could speak, and she picked it up really quickly. Some signs I taught her along with English words, others with Spanish ones. By two and a half, she had an impressive vocabulary and mastery of sentence structure in English, and knew that moon and luna both mean the big shiny thing in the sky at night. She could count in both languages but nearly always sang in English. Probably because I didn’t know many songs in Spanish.

Experts say that infants can tell the difference between many languages shortly after birth. Modern studies have proven that bilingualism will not interfere with language acquisition nor will it cause speech delays. Parents of children who have been diagnosed with speech delays shouldn’t be concerned about a second language because it won’t cause further delay.

Another concern is that children will be confused and mix up the two languages. While most kids will mix vocabulary, it is temporary. Often children have a larger vocabulary in one language, the one they hear and speak most so they will use words from this majority language when needed to fill gaps in the other language until they learn the words.

Great news for parents who were afraid to let their children learn two languages because they were afraid it would hinder their development – it’s not too late! In fact, experts agree that while the optimal time is from birth to three years, it is never too late to introduce a second language.

I entered the French Immersion program at age 10 in Canada and had no trouble becoming fluent in the language.  My younger sister started in Kindergarten, and quickly became more fluent in French than in her native English. We both picked up Spanish easily as adults even though studies show that after puberty new languages are stored in a separate area of the brain. I would challenge that theory, because in my first few weeks of studying Spanish in Mexico, half of what came out of my mouth was French.

If It’s Good Enough For Apple

Years ago I saw an interview with Gwyneth Paltrow who says that she only let her children watch tv in French when they were little, and I think that’s a great idea! I’ve already started hunting down Spanish language editions of some of my daughter’s favorite shows.

2 thoughts on “Can Your Child’s Speech be Delayed by Bilingualism?”