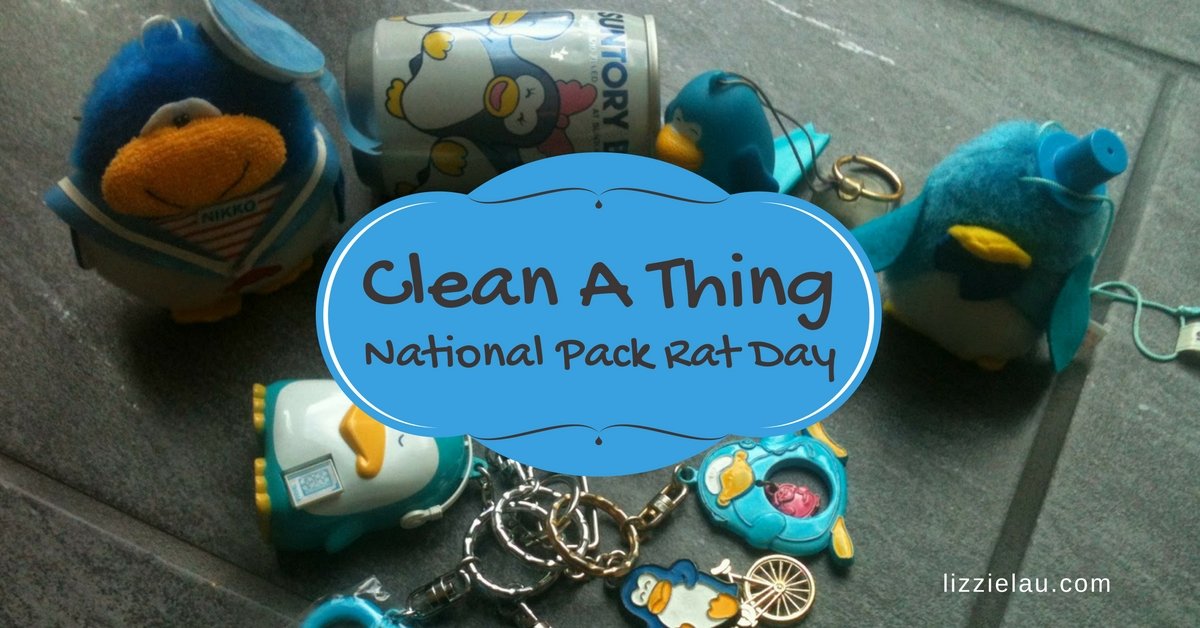 I didn’t know National Pack Rat Day was a thing. I’m perhaps the opposite of a pack rat, a little bit compulsive about getting rid of stuff. 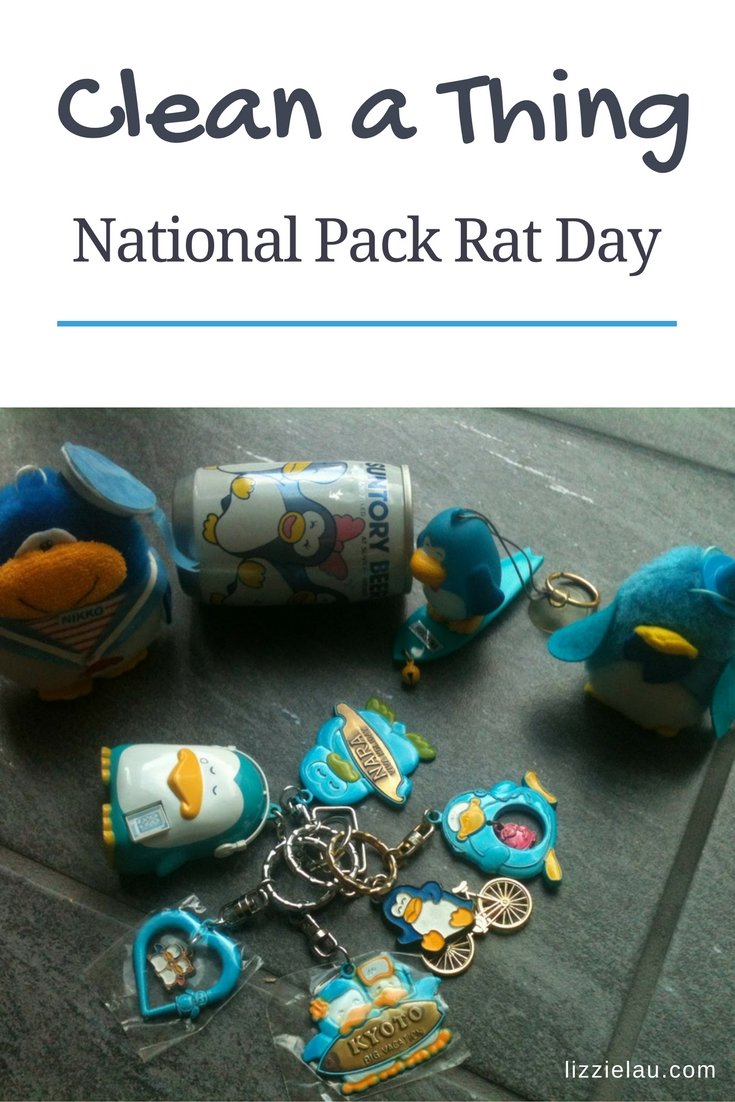 If Stuff Comes In – Stuff Must Go Out

We moved constantly when I was a kid. I had my Dad make a list of all of our moves once and it was at least 20 before I was 10. So it was easier to move if my stuff fit in a couple of boxes. I grew up looking at unnecessary things as hindrances. I routinely went through my room and got rid of clutter. It’s kind of sad now that I don’t have much from my childhood.

I did keep a few things, and my precious photo albums. They are carefully curated, inventoried, and stored in my parents garage in well marked rubbermade containers. When I’m home for the summer I pull them out so Offspring can marvel at my little treasures. Shells I collected in the Caribbean and the Persian Gulf; a bunch of Tuxedo Sam keychains from when I went to Japan as an exchange student. I do regret throwing away my grass skirt from Fiji, but it did seem to be permanently creased.

When I worked on boats, the amount of space I had to store my stuff was very limited, so I had a policy that if new stuff came on board, old stuff had to go. The islanders are probably still wearing my hand-me-downs. I don’t get attached to stuff. When I left the yacht in Roatan, Honduras and moved to Guatemala City, everything I owned went with me including my fabulous Saeco espresso machine, and I acquired some things there too, like 2 brand new CRF450X dirt bikes. When I left Guatemala to give birth to Offspring, I intended to return there with her immediately, but it didn’t turn out that way. I left everything behind. The one thing I hope to get back is a leather binder containing my journals from the time I was a kid. That little adventure cost me over $120,000 but it’s just money, and it’s just stuff.

Enduring the Clutter that comes with Parenthood

Now that I’m a parent I have to endure a lot more clutter than I ever imagined. I still have the “if stuff comes in, stuff must go out” policy, but that was easier when she was a baby. Now she has an opinion about everything, including when her clothes can be handed down to her smaller friends. On her birthday I ask people to bring food bank donations instead of gifts, partly because I want to teach her compassion, partly because I can’t stand to see kids get that “eyes glazed over while opening gifts” look, but mostly because we have a pretty small house and she already has plenty of stuff.

On our recent road trip from Southern California to British Columbia with my parents, we stopped to visit Offspring’s relatives on X3’s side. I feel like I’ve known them for years, but we had never met in person, and they had mailed a big box of birthday gifts to Offspring when she turned 4 recently. The town they live in was on the way, and I wanted her to have the chance to meet them and say thank you. When we arrived at their home, they threw her another birthday complete with a cake, balloons, flowers, and a mountain of gifts. My parents and I were absolutely floored by their hospitality, generosity, and by the sheer volume of presents she opened after dinner that night. I’m already mentally making a list of old things that are going to be given away or donated when we get home, to make room for these two huge duffle bags full of fabulous new toys!