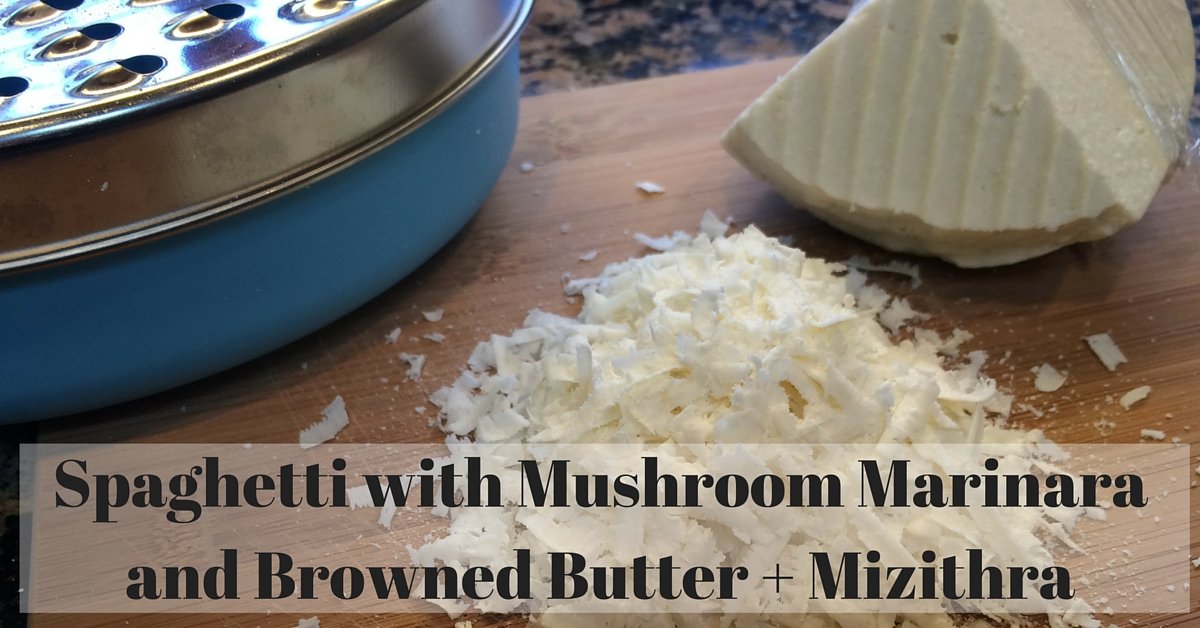 I have a fussy eater. If she had her way she would live on pasta, rice, salty things like Mizithra cheese, and bread.  I don’t force her to eat things she doesn’t like but I do encourage her to taste everything I cook before she judges it.  I’m delighted to report that Riserva Marinara sauce from Bertolli passed the test.

One of my daughter’s favorite places to eat is The Old Spaghetti Factory and she loves their Browned Butter and Mizithra Cheese Spaghetti.  I decided to do my own version of a Manager’s Special – one dish with two sauces. I made a mushroom sauce using fresh organic mushrooms, and the Bertolli Riserva Marinara for half the spaghetti, and the Browned Butter and Mizithra for the other half.

If I had been cooking for grown-ups I would have used the sauce to make a yummy pasta primavera with all the terrific veggies that are in season right now.  Sadly, that’s not my life at the moment. My audience is limited to a judgmental five year old with a furrowed brow and a twitchy nose. Having traveled through Tuscany and Umbria and eaten ridiculous amounts of amazing pasta over there, I cringe every time my daughter asks for mac + cheese. So, sharing a meal with her based on a sauce that has an authentic well-rounded Tuscan taste, was a real delight.

Coercing a fussy eater to try new food can be exhausting. I swear I’ve never tried to feed her anything gross, but she looks at new things with a degree of contempt and skepticism usually reserved for people who’ve been poisoned before. I served Offspring a small dish of pasta with both kinds of sauce and implored her to try both.

I knew she’d dig the cheese side.  If you’re not familiar with Mizithra, it is a hard, dry, salty sheep’s milk cheese, and it is wonderful!  One of my favorite things about it is that it doesn’t gum up the cheese grater, it’s that dry!

Not only did she gobble up her dish of pasta, she asked for more, of both kinds, and for breakfast the next day asked for the leftover pasta with more of the Bertolli Riserva Marinara on it.  This is going to be a pantry staple from now on!

For great Italian-inspired recipes, check out the Viva Bertolli Cooking School, or Bertolli’s facebook page for even more tips and tricks. 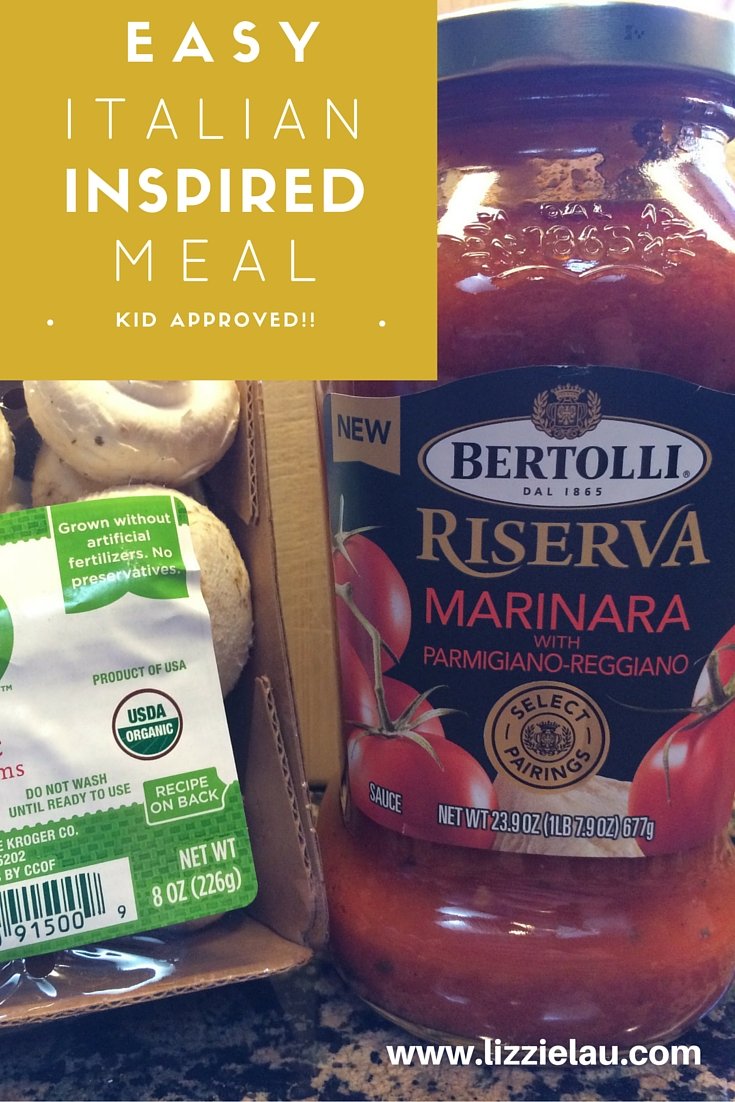