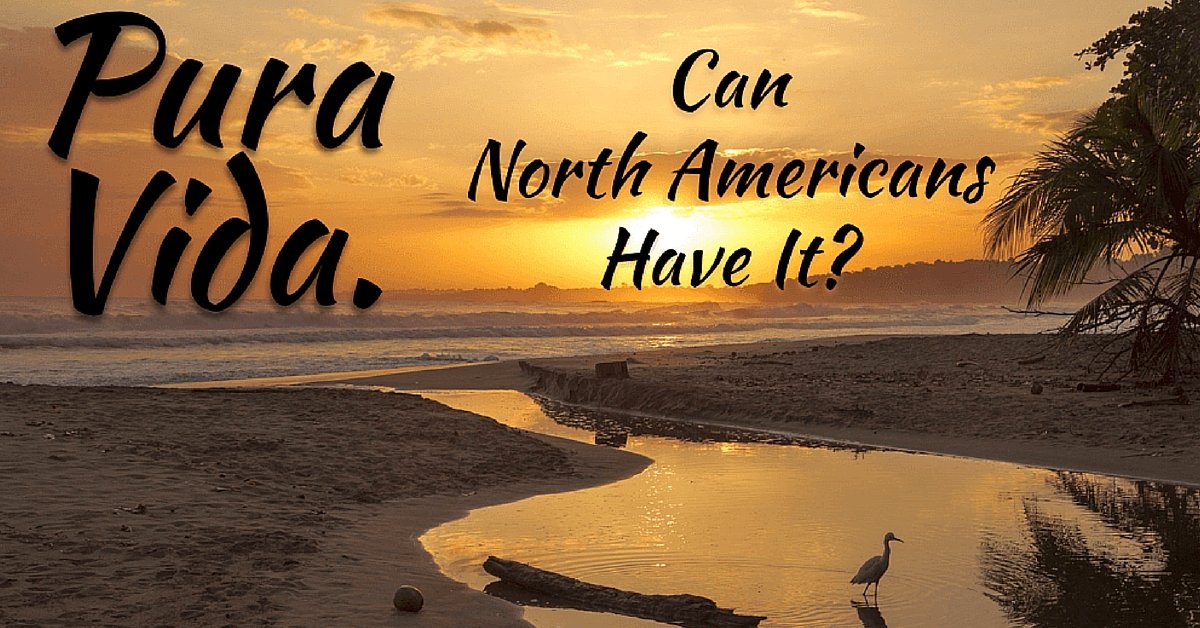 Costa Rica has always been especially alluring to me.  There is something about it that makes me want to go there and hang out.  It’s on my bucket list, and ideally I’d love to take my daughter there for an extended visit to help her learn Spanish.  It’s not just the beautiful scenery, beaches, cloud forests, hammocks and ocean breeze that call to me.  It’s the vibe, the Pura Vida.

Pura Vida is Spanish for “pure life” and has become the unofficial slogan of Costa Rica. Pura vida can be used in reply to a greeting to mean all is well, as a way of saying goodbye when indicating that you had a fantastic time, even to show gratitude.

As a philosophy, pura vida means letting go, living simply, and enjoying life. Anyone who spends time in Costa Rica will attest to the fact that the lifestyle is appealing, as are the warm, caring Ticos (what Costa Ricans call themselves). It is a retirement mecca for North Americans who are ready to downsize and leave luxury living behind.

Can We Let Go Of Our Stuff?

George Carlin did a hilarious monologue railing against our compulsion to collect stuff, and how our stuff controls us. It was funny, harsh, and true. We are raised to be an army of consumers. People who try to live a minimalist life in North America are called un-American, and are accused of not being good citizens. After all, our economic recovery depends on us all being willing to consistently spend more than we earn! It starts young; ad campaigns are developed specifically for young children, and they work marvelously. I’ve watched my niece and nephew take notes during tv commercials so they can accurately list the toys they want for Christmas or birthdays!

Part of our North American mindset allows us to be defined by our possessions, fancy cars, jewelry, designer handbags are things that matter only because we give them that power. When I was a teenager, my Dad cautioned me against wearing clothing with the name of the designer or manufacturer on the outside. In that instance, it was a rugby shirt with Levi’s emblazoned on the front, and yeah it was 1985. His reasoning was that I should never advertise for a company without getting paid. In his eyes, a company should give away shirts with their name on it if they want people to walk around like a living billboard. It makes a lot more sense to me as an adult.

To understand pura vida you have to let go of that part of our culture and learn to collect experiences, and exceptional memories, instead of things.

Can We Stop Trying To Control Everything?

Whether you are a captain of industry or a stay at home mom, your time is scheduled to the minute. With our computers and smartphones, we plan out our days and have anxiety attacks when things don’t go according to the plan or if we forget to add something to our calendar. We juggle tasks like we’re auditioning for Cirque du Soleil. We give little things so much importance that we end up feeling like failures when we can’t get everything done, and done perfectly.

If you aren’t able to turn your phone off long enough to sit down to a meal with family or friends, then I’m sorry, you won’t get the concept of pura vida. It means enjoying the moment, rather than making sure it’s on Instagram. It means being here now, even if you don’t “check in” so everyone on Facebook knows where you are.

When you accept the fact that you’re not in control of absolutely everything, you can face and overcome obstacles with grace and humor. A sense of humor, the ability to laugh at your circumstances, is key to pura vida. It’s also elusive. I always tell people who are considering moving to the Caribbean or Central America that “Don’t Stop The Carnival” by Herman Wouk is required reading. I read it after living in Cozumel, Mexico for five years, and I was finally able to see the humor and absurdity of the things that had driven me bonkers while I was living there. It was too late to change my Cozumel experience, but it helped immensely during the five years I lived on Roatan, Honduras!

Have you been to Costa Rica? 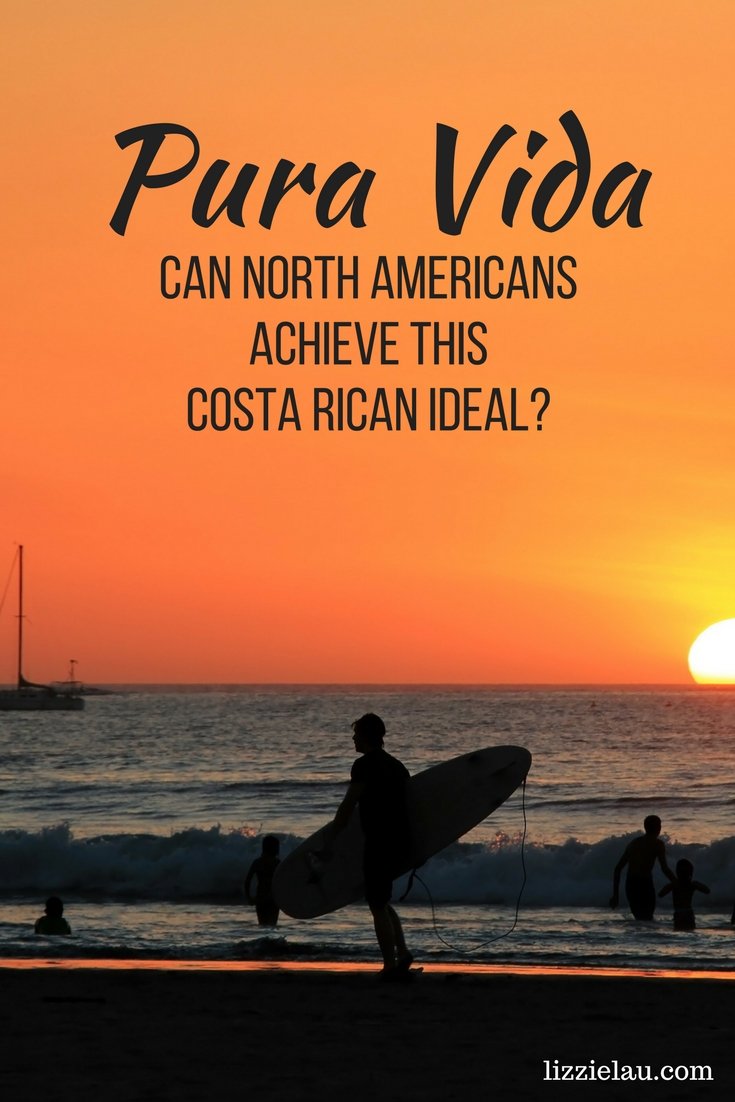