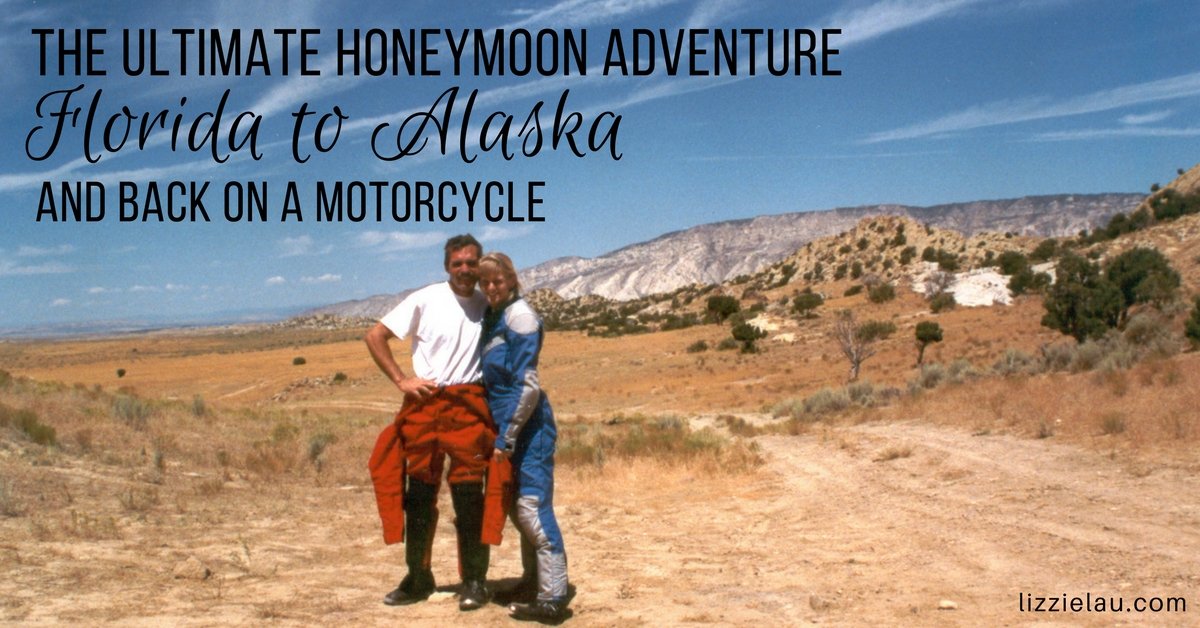 X2 and I eloped just a few days before we left on our ultimate honeymoon adventure – a 15,000 mile motorcycle trip from Florida to Alaska and back.

Our Story Began in The Bahamas

I met X2 on a liveaboard dive boat in The Bahamas.  I had just returned to my cooking gig after a 5 month backpacking trip through Europe and he had taken over as a captain while I was away. He was just about to quit the dive boat, but reconsidered that move when we met, and the same day told me he was going to marry me.  He was married, but separated, so I didn’t take him very seriously at first. I learned that his wife wasn’t on board with the “separation” when she showed up unannounced to spend a week on the boat with us.

We stayed on the boat together through the season, and became the unofficial shark dive team. One of our divemasters would take the passengers down and get them situated with their backs to the coral reef, then X2 would jump in with the food and I’d follow with a pole spear to keep the sharks off him while he cut the tie wraps holding the buckets together. We swam all summer with wild spotted dolphins on the Little Bahama Bank. I spent 4 years on that boat in The Bahamas and it is a place that is etched in my soul.

Planning The Trip in Dubai

When the season wound down in the fall, we got the opportunity to travel to Dubai to work on a million dollar sportfishing yacht. It was supposed to be a 3 week gig while X2 trained a Captain on the high tech Garlington, but it stretched out to nearly 6 months. During that time, in between dive trips to the Sea of Oman, and reeling in queen fish in the Persian Gulf, we started to plan our epic motorcycle adventure.

When we returned to Florida that spring, X2 introduced me to skydiving and we spent several months jumping in Florida and Venezuela at the Higuerote Boogie in May.  One day when it was too rainy to jump we got married at the courthouse in Melbourne, FL.

We decided that the motorcycle trip we’d been planning would be our ultimate honeymoon adventure.  We bought a brand new BMW R1100GS, and got ourselves completely kitted out for adventure. First we headed south to Key West to visit friends, and to start from the southernmost point.

We sent our skydiving gear ahead to Canada with UPS so we could jump with a group of friends at a Color Concepts Boogie at Skydive Vancouver in Abbotsford, BC.

The highlights of the journey across the USA include:

The Blue Ridge Parkway, which we picked up in North Carolina and the Tail of the Dragon at Deal’s Gap, famous for 318 curves in 11 miles. Visiting Sturgis and Mount Rushmore. Stopping to see family and friends along the way.

Riding wide open on the MontanaBahn (this was when Montana had no speed limit on the highway) and listing to port because of the high winds.

The Highway to the Sun in Glacier National Park, Montana opened the day before we arrived there and it was still snowing!

We arrived in BC in time to attend my 80 year old Grandfather’s wedding, do some timber cruising with my Dad and then get back on the bike and head north to Alaska.

We decided to take 37 the Stewart-Cassiar Hwy from Kitwanga Junction, I understand most of it is paved now, but it was a lot of dirt when we traveled it, and we were in awe of the vast, raw wilderness. Mile after mile of lush green forest, flowered meadows, snow capped mountains and lakes with perfectly reflective surfaces. I had the utmost faith in X2’s driving ability in the dirt, he’d grown up racing dirt bikes, and it wasn’t until several years later when I watched him break his leg on a triple jump that I entertained the idea that he could lose control. And that day, I stopped riding on the back!

Alaska was sensational and will need it’s own post. What I will say is that road tripping on a motorcycle is like being in an IMAX film. The panoramic views, the wind, road, cold, wet, hot, the smells, and the adrenaline all combine to make it the most exciting way to travel (though I haven’t tried ultra-light or hot air balloon yet).

On the way back through BC we got to go skydiving with our friends (my Mom and Uncle Walter both did tandem skydives) in Abbotsford.

We cruised down the California coast before crossing the country once again on our way back home.  We got lucky with the weather and got to do some camping on this leg of the journey.

All told our ultimate honeymoon adventure spanned just over 2 months, and 15,000 miles!

Our marriage lasted 10 years of travel and adventure in 16 countries. We split up when my biological clock indicated it was time to start a family and he wanted no part of it. We parted on good terms and he and his next girlfriend visited my family in Canada on a motorcycle trip. He recently remarried, his 4th time (yeah I keep an eye him on social media) and is still working on yachts and having great adventures. 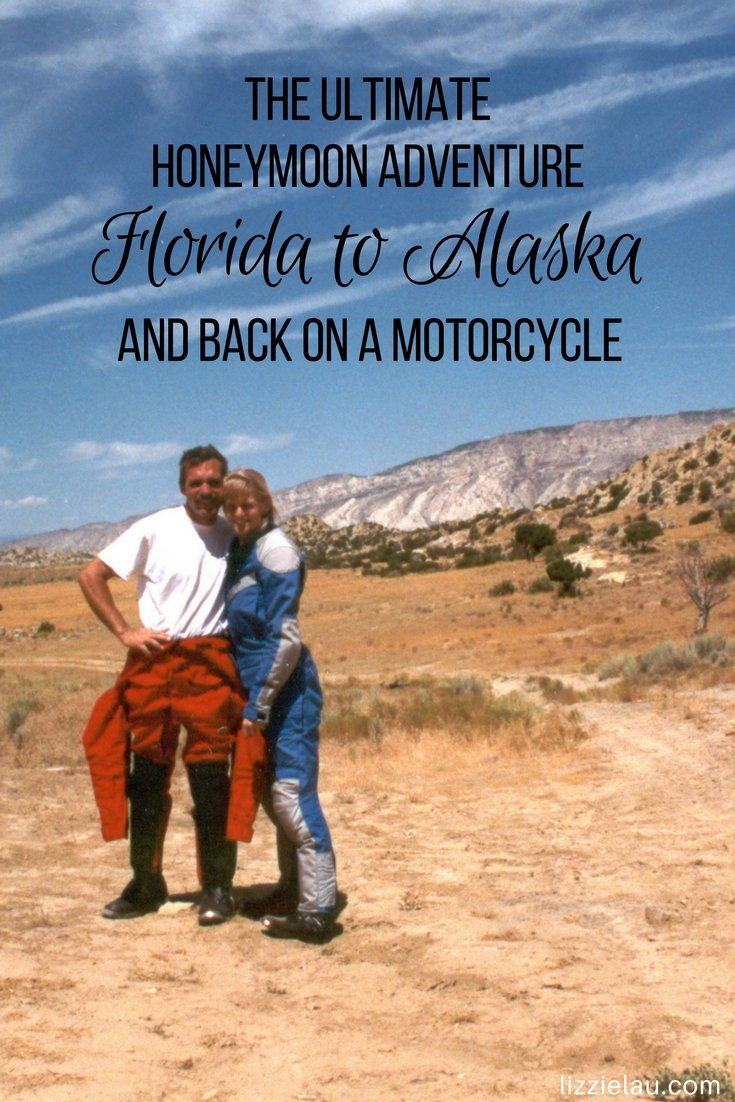