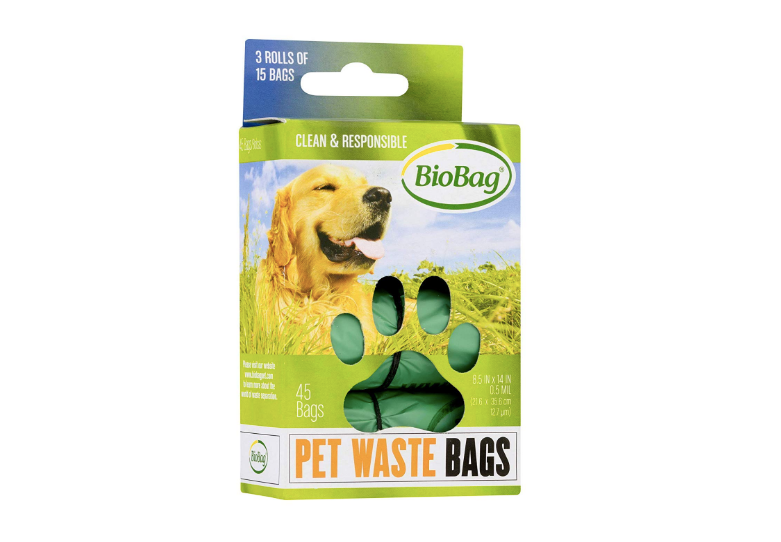 Using biodegradable dog poop bags for kitchen compost works great because you can take it out more frequently and not have a pile of mold on the counter.

I’m currently house-sitting for my parents up in BC, Canada.  Shortly after they left, the city dropped off three enormous waste bins, the kind we have in California that the robot trucks come by and pick up.  At first I was excited about this because the driveway is longer than a football field and these bins roll so much better than the old ones.  Then a few weeks later, over dinner with some friends we were talking about the new pickup schedules and all the RULES.  Of course, I hadn’t read the brochure that came with the new bins so I had no idea.  It turns out, the yard and kitchen waste bin gets picked up every week, the trash bin and recycle bins get picked up on alternating weeks.  So, because of the confusion, the trash bin in the garage has been filling up for over a month.  Oops!  The good news is, it’s not even halfway full.

What is stressing me out is the kitchen waste bin.  There is nothing in it.  My parents were in the habit of collecting compost waste in a bin under the sink, but the few times I opened it to drop something in, I saw a puff of mold spores that totally freaked me out.  I just can’t get on board with this.  They suggest buying these leakproof and odor proof paper bags which are lined with some material that is biodegradable   They are pretty big though, so it would take a week to fill one up, and I would still have to deal with mold.  Ideally, I’d like to have something that I could gather food scraps into, and take outside immediately, or at least once a day.

I voiced my concern to a friend of mine, and she suggested buying a ream of biodegradable doggie-doo bags.  It was a moment of pure genius.  The bags are cheap, take up very little room and compost quickly.  Next time I shop I’ll be picking some up so I can comply with the garbage rules.

Now, if I can just remember to put the recycle bin out tonight!

Updated Oct 30, 2019
We’ve been living with my parents since 2015 and I don’t need to buy dog poop bags anymore because they’ve come out with a perfectly sized biodegradable bag made for kitchen compost.