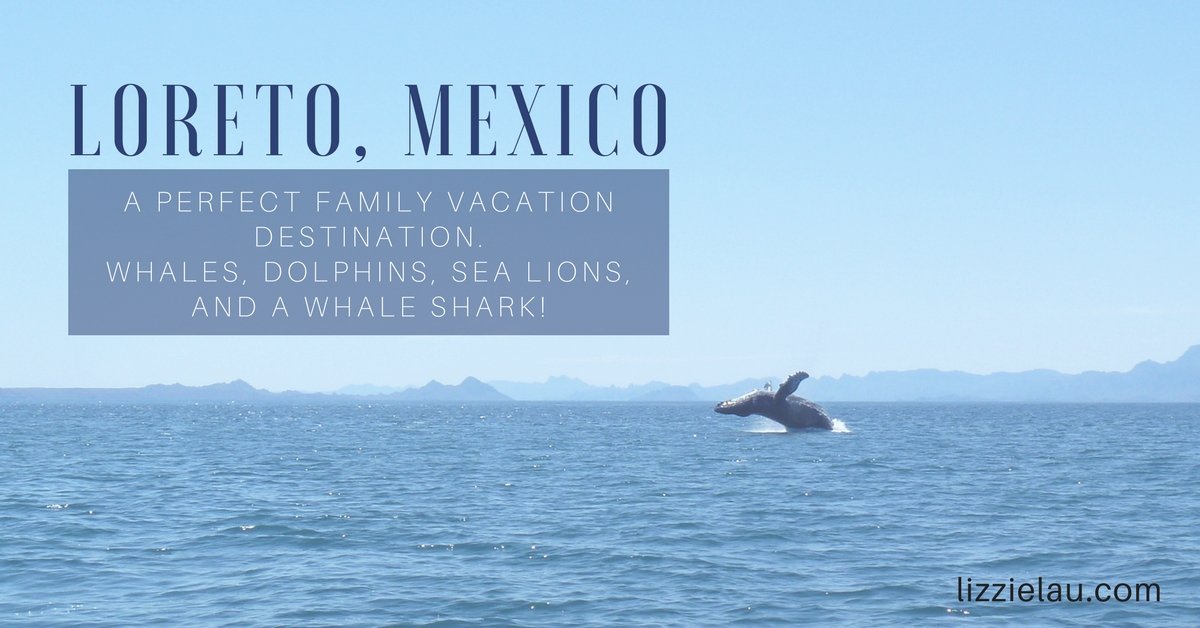 My parents organized a family trip on WestJet to Loreto, Mexico for the Group of Seven as they like to call us. I’ve been single parenting and traveling with my parents since Offspring was tiny, and this was the second time my sister joined us with her two kids on a trip since she started single parenting.  The first time was our trip to Toronto, Ottawa and Montreal last summer.

They found a terrific place just south of town in Loreto Bay.  Casa Del Sol and Casa Roja are two villas that are next door to each other and adjoined through an upstairs door. Each with two big bedrooms, a kitchen/dining/living room, and big outdoor courtyards.  We were excited to find a lovely coffee shop called El Corazón Café across the street that served fantastic breakfasts, smoothies, and delicious coffee.  There was a wine bar a block away, and a handy little grocery store a block in the other direction.  All this just a block from the beach at Loreto Bay on the Sea of Cortez!

Sick in Mexico. So Cliché.

Unfortunately, my parents were just getting over a flu when we departed, and the day we arrived it hit me and Offspring hard with fever and chills, followed by cough and congestion.  It was brutal. We took the kids to swim in the pool on the first day, and I was writhing on a chaise with chills and aching joints wishing I was home in my own bed.  Suddenly a waiter appeared with strong margaritas, and I was reminded once again that tequila and lime have curative properties.  It’s on the internet so it must be true!

Our flu symptoms weren’t quite as bad during the day, but they kicked our butts at night. Despite feeling less than 100% we had a fantastic time.  Offspring made a checklist before we left Canada and managed to do everything on it, and even add an unexpected adventure with a whale shark on our last morning.

We were told that the bay had a lot of sting rays and that we needed to shuffle our feet in the water in order to avoid stepping on them. We shuffled around a lot, but didn’t see one until we were out on a boat.

The people who own the villas own several more and have an on site property manager, named Julio Garibaldo, who was super friendly and relentlessly helpful, and also happens to have a charter boat (a panga named David) with his brother Oscar.  He had Oscar pick us up at the beach in the panga and take us out for the day.

We didn’t know what to expect, and to be honest none of us knew that we had arrived in prime whale watching season.  Just after we pulled out from the beach into deep water, we had 5 or 6 enormous blue whales spouting all around us.  The video below shows how close we were to the whales.  It was sensational.

We also got to see dolphins, sea lions, and a humpback smacking a pectoral fin on the surface of the water, which is thought to be a communication signal to other whales.  I had been shooting video with my underwater camera, but had just switched it over to stills when the humpback breached! I was moaning, “Nooooooooo.” thinking I had missed the shot, but that night checked my camera and did a happy dance when I saw that I did capture a photo of the breach!

We also took a ride out to Coronado Island where we had a picnic lunch.  This uninhabited island is a wildlife refuge and has the most incredible rock formation on the east side where the sea lions hang out. The volcanic rock walls look like they were poured when the rock was already cooling, and remind me of thick cake batter.

We had our lunch in a pretty little emerald cove with a white sand beach and a shaded picnic area.  None of us felt like it was warm enough for snorkeling, but the kids played on the sand and we kept an eye on the hundred or so vultures circling over them – because there was a big dead moray eel on the sand a few yards away.

Kayaking with a Whale Shark

We rented a kayak and took turns going out in it the day before our trip ended and enjoyed it so much that we agreed we’d go out in the morning before we flew home for one last kayak.

While my Dad, sister and nephew were out, Offspring and I hung out on the beach waiting. We saw Oscar and Julio loading a group of people into the David and I had a pang of jealousy wishing I could go out again. As the David was leaving the bay we saw them stop near a sailboat at anchor and I could see something black, like a fin out of the water. Slowly the other kayakers and paddleboarders made their way in that direction.  By the time our kayak was returning to the beach so we could have a turn, I was vibrating with excitement.  I didn’t know what was out there, but I wanted to see it.  Offspring and I jumped in the kayak and paddled out.

It was a Whale Shark, about 20′ long, maybe longer.  It wasn’t an enormous one, they can get up to 45′ long, but it seemed immense to us sitting inches above it in a plastic kayak.  Whale sharks aren’t dangerous at all, they are filter feeders, like whales.  We paddled and drifted, paddled and drifted so we could stay close, and then it swam directly under our kayak! Its dorsal fin bumped our kayak, which spooked it, and it dove down and away.  I felt bad for getting so close and ending the encounter for all of us, but it was by far the coolest experience I’ve shared with my daughter to date.

I did reach into the water with my underwater camera and got a few seconds of video.  It’s the last 10 seconds of the video I shared above.

I was so excited, but once I got sick I put myself in quarantine and had to pass on all the foodie fun. I hope to get back down there another time and see the resort, it looks amazing!

Overall the Group of Seven’s impression of Loreto Bay is that it is a great place for a family vacation, especially when you bring your own party.  We’re thinking of doing another trip with even more family members!

Do you have a favorite Mexico destination? 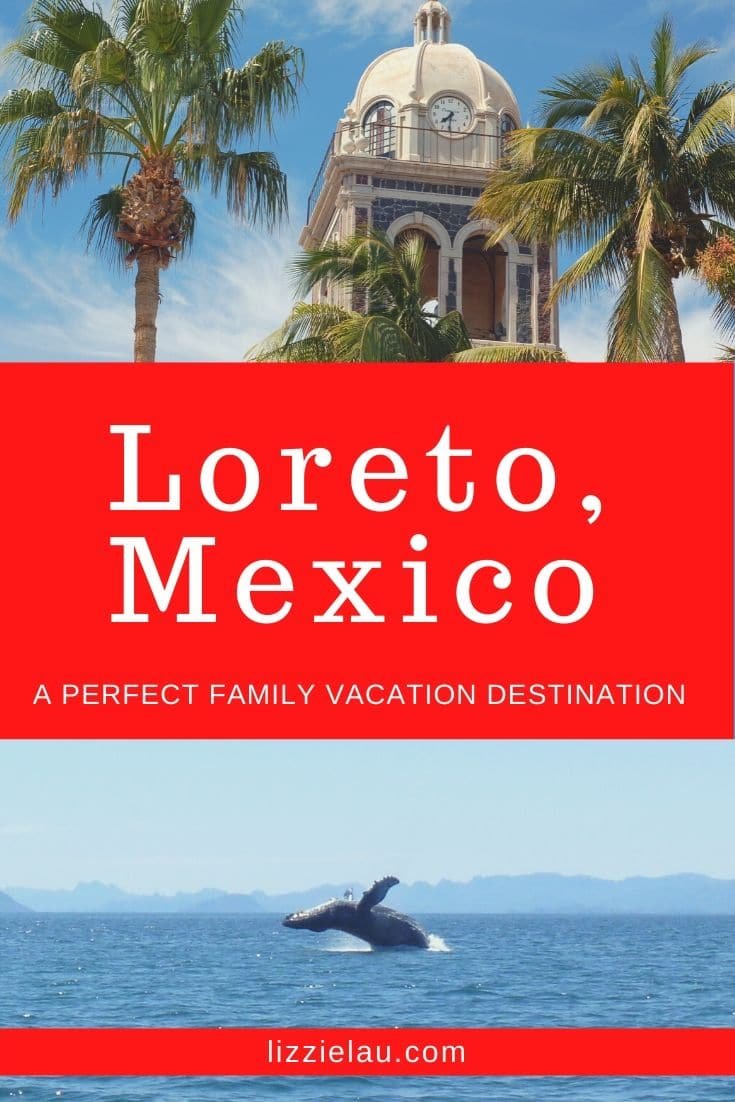