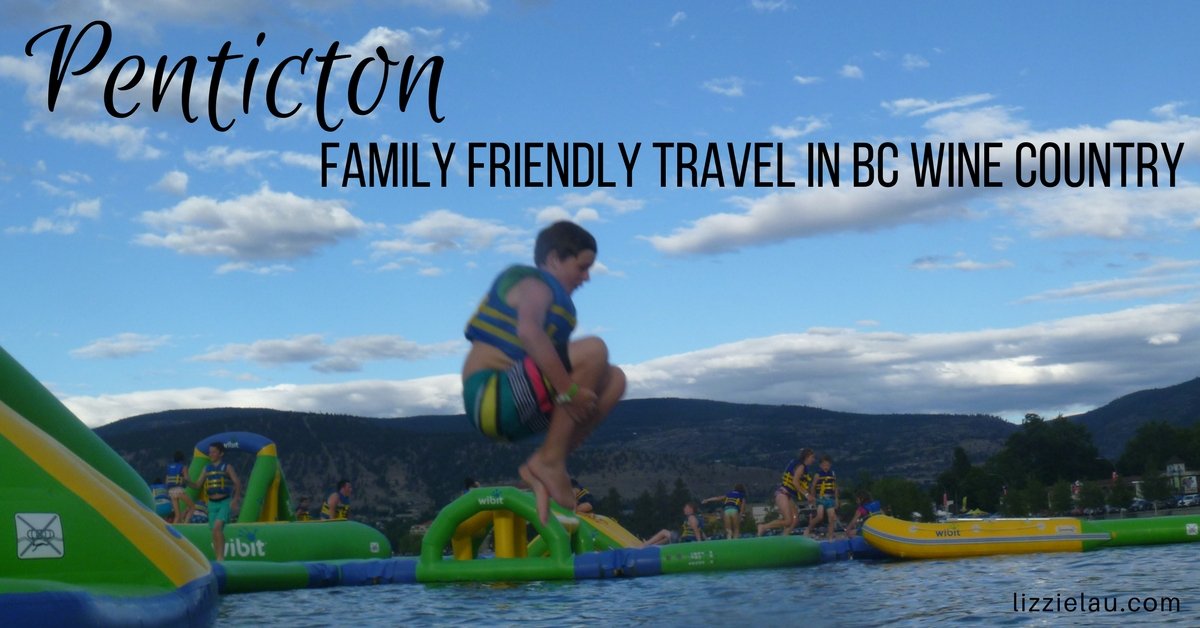 Last summer we had the opportunity to tag along with my sister and her two kids to Penticton, BC, and stay in the vacation home of a family friend who lives two blocks from the beach!

Penticton, BC is known for beautiful lakes and beaches surrounded by vineyards. There’s so much more here than just wine! We found that there were so many options for fun things to do that we didn’t have enough time to do it all.

The lake is fantastic.  The kids couldn’t get enough of it, even on on our second day when it was super windy and waves were crashing and knocking them off their feet, they insisted on staying in at least an hour after I was done with it.

My sister was recovering from a broken leg, so I took the kids on the Wibit and we had a blast! This is a must do for families. Kids 5 and up can do it, everyone wears a life vest, and there are attentive lifeguards working on it. It is way tougher than I expected and I had several very ungraceful moments. It’s not easy to scramble back up when you fall in! I felt like Shamu beaching myself a few times.

As always, I’m grateful to be the one behind the camera!

We looked into floating the channel, but it looked like a lot of drunken hooligans so we skipped it this time.

We visited the Farmer’s Market and bought snacks for the kids (Offsrpring can sense the proximity of a spiral potato like a disturbance in the force), my sister bought my parents a really cool bird house, and we watched some world-class street entertainers.

We took the kids to LocoLanding on our last evening. It’s a small amusement park a block from the beach with a bunch of fun activities like bumper boats, go-karts, a high-level ropes course, mini golf, and harness bouncing where my nephew finally nailed a backflip.

The Okanagan Valley has a reputation for one of the best year-round climates in Canada, boasting over 2100 hours of sunshine annually and only about 15 inches of rainfall.  This is what makes it such a great wine region – and there are now over 100 wineries within an hour’s drive of Penticton.

We were two adults and 3 kids, so our trip was definitely geared toward fun for the kids – though we did manage to drag them to a few Penticton and Naramata wineries. They were almost good sports about it, at least while they were eating a delicious lunch at Lake Breeze.

Two other fun trips we did with my sister and her family were Cannon Beach, and Great Wolf Lodge. 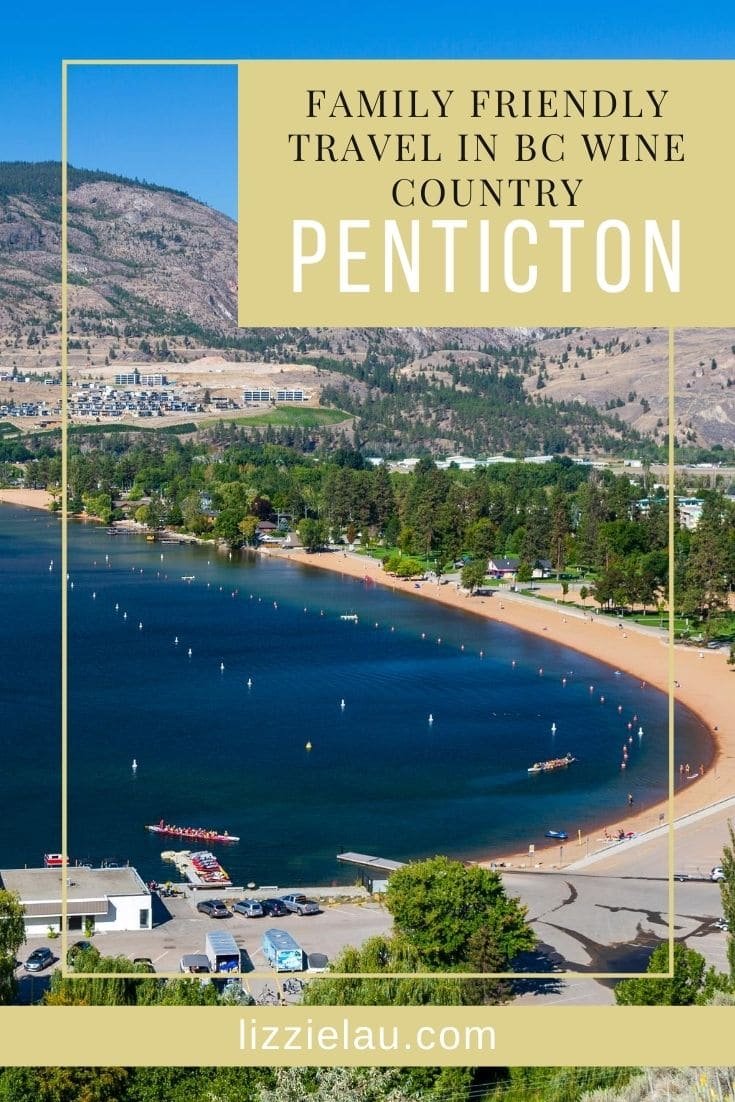