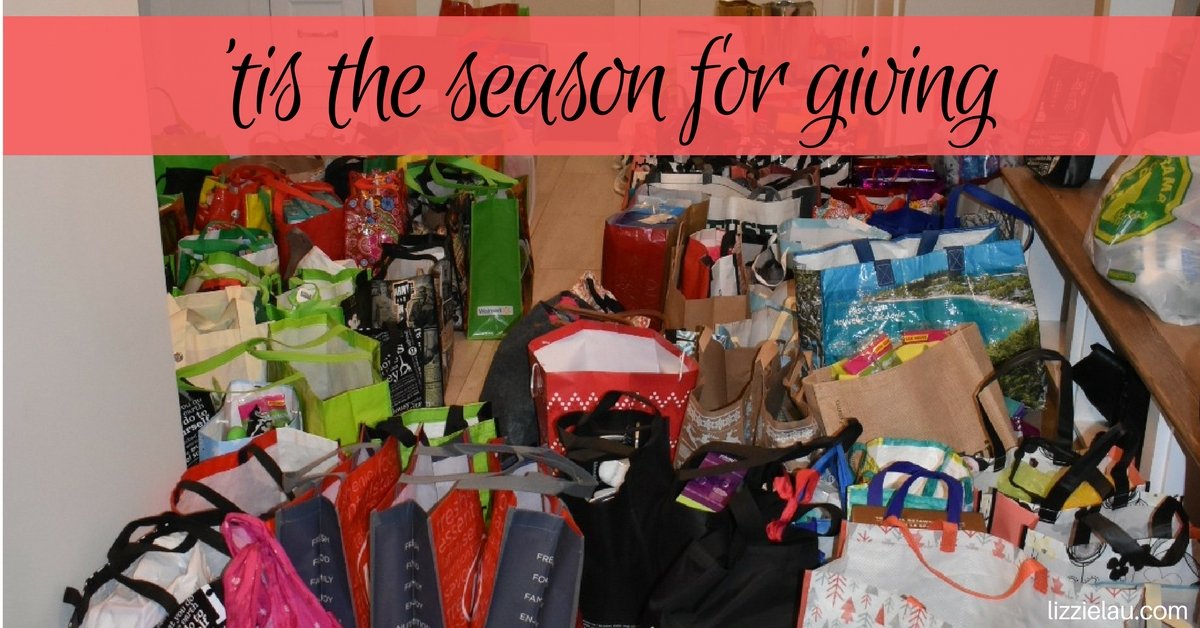 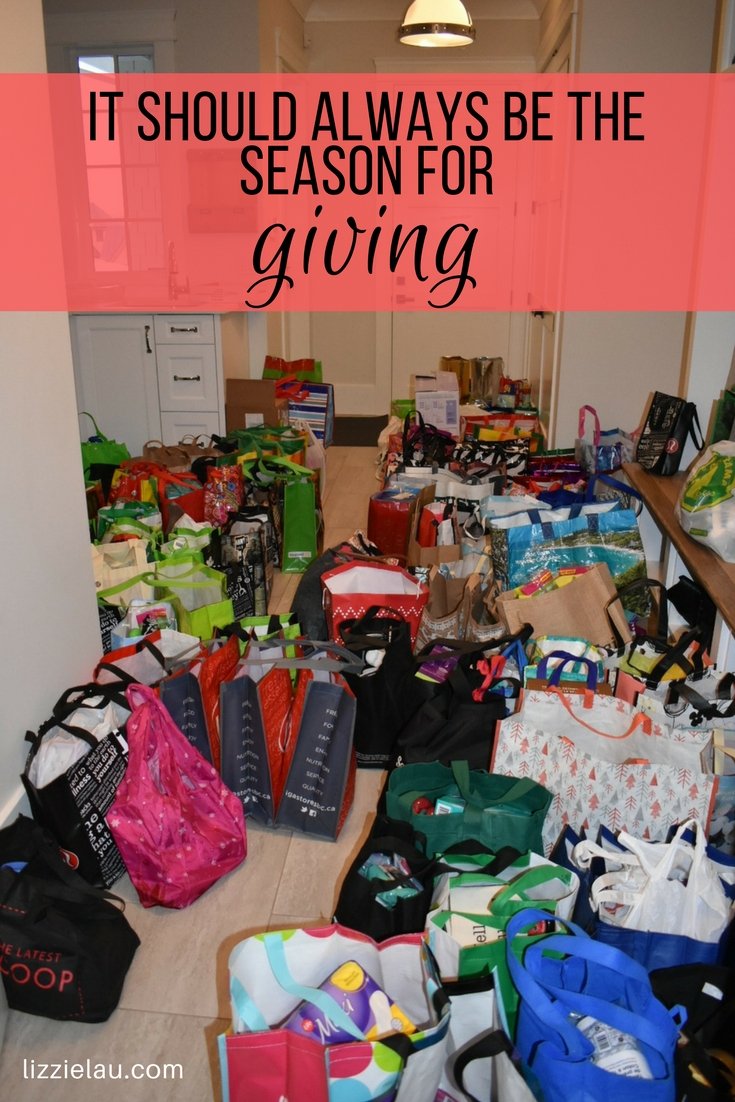 If Thanksgiving is the time of year to count our blessings, then Christmas should always be the time of year to share them.  I don’t mean share lists on facebook of what we’re thankful for, I mean physically packing stuff into bags and giving it to those in need.

For the second year in a row I’ve been invited to a friend and neighbor’s home for her annual Tinsel and Toiletries brunch.  This year Chelsea opened her gorgeous home to 100 women (doubling last year’s attendance) who brought a mountain of new toiletries for an organization that will be giving it to women in shelters. We visited, drank coffee, tea or champagne, and ate from the yummy potluck buffet, as the goods piled up in the mud room.  Chelsea knows how to put the social in social good! 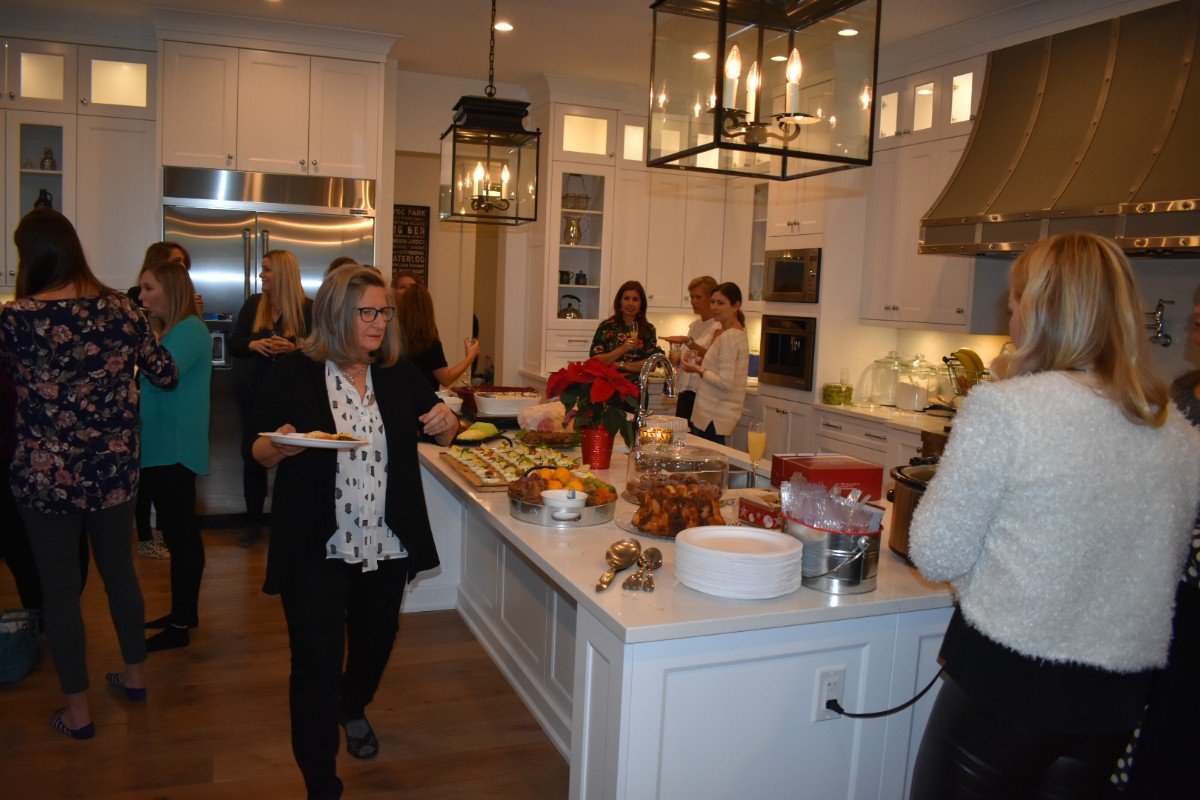 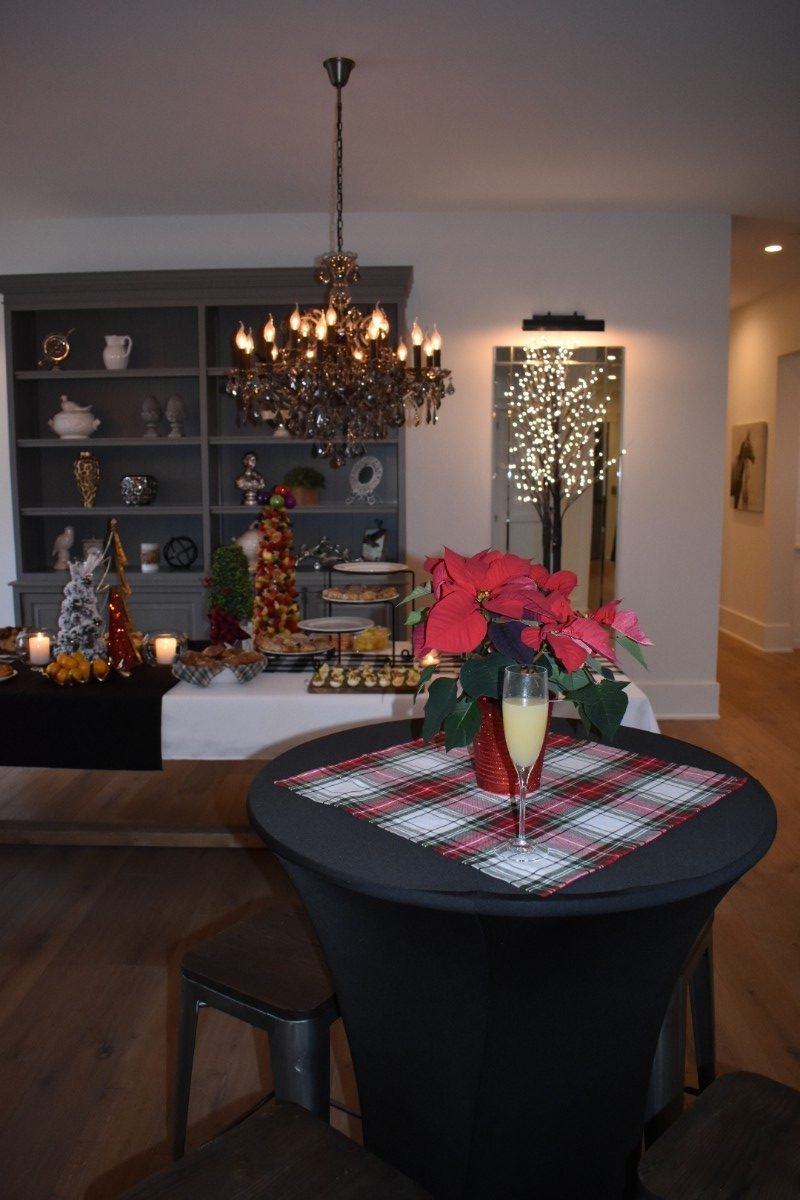 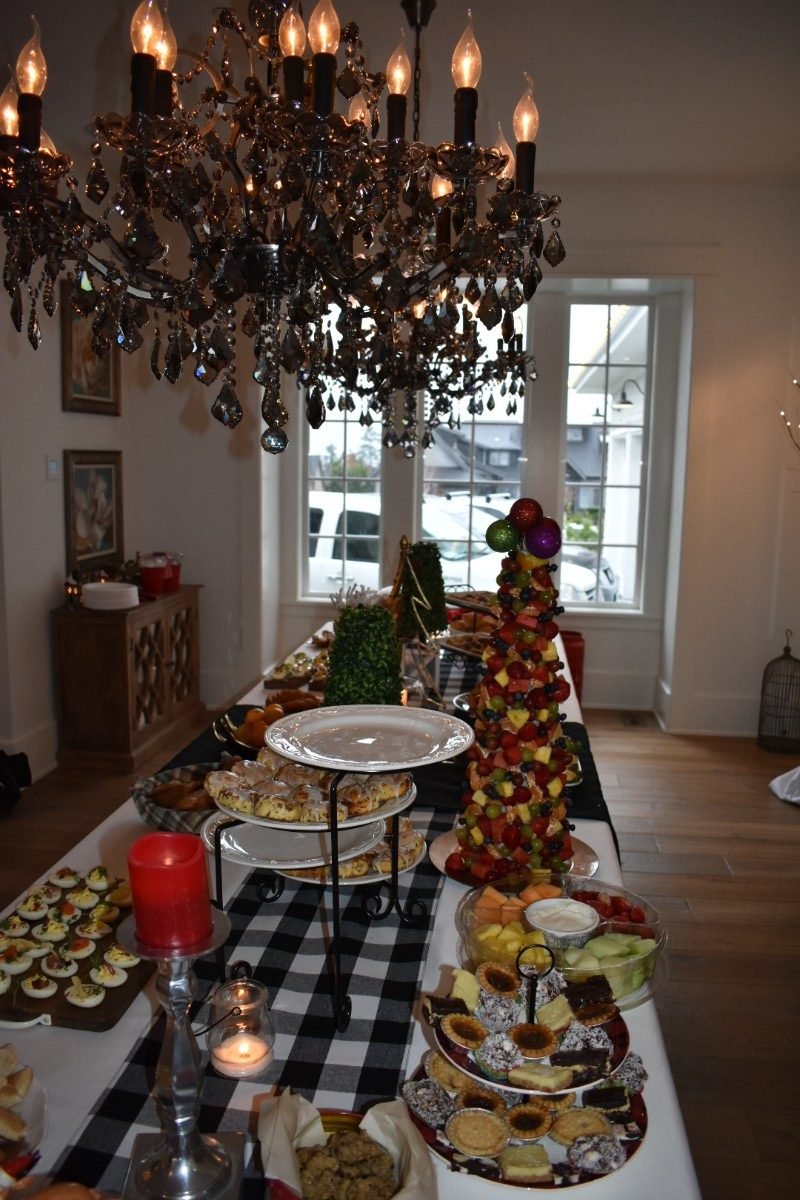 Allison, from Surrey Women’s Centre got up and told us how much it means to the women her organization helps, who are overcoming violence in their lives. It really struck me when she said that women shouldn’t have to choose between buying food for their children and buying toiletries, but they do. Last year, one of the women who received a bag of toiletries cried and said that she hadn’t brushed her teeth in a week, hadn’t showered with soap in a week.  It’s hard to believe that in the lower mainland of BC, a place where the price of real estate and rent has skyrocketed, we have so many people living in poverty.

As the brunch wrapped up, several of us helped carry the bags and boxes out to completely fill the bed of a pickup truck, a hatchback of a car, and the backseat and passenger seats of both vehicles. I have to admit to feeling a sense of satisfaction followed immediately by guilt.  Are we allowed to feel good about doing good or are we supposed to be stoic supporters of causes without any self-satisfaction?  Honestly, I think we need to embrace the fact that it feels good to give!  So what if there is an element of selfishness in being selfless?  Isn’t it easier to teach the next generation about giving if we show them how it feeds our own hearts and souls to help others?

There are some great documentaries about women at risk on Netflix.  You’ll be surprised, and alarmed, at how easy it is for women to go from vulnerable young girls to victims of domestic abuse, rape, or sex trafficking.

The Hunting Ground – a documentary about the disturbing epidemic of sexual assault on college campuses, and the school officials who cover up the crimes.

India’s Daughter – a disturbing account of the brutal gang rape of medical student Jyoti Singh in 2012, and the public outrage that followed.

Tricked – describes the $3 billion dollar a year sex-trafficking  trade in America and the lives it destroys.

I also want to give a shout out to Family Giving Tree, the organization our Tia Aura works for.  Everyone in the family half jokes that Aura is one of Santa’s elves because of the work she does organizing donations and handing out gifts to thousands of children in The Bay Area.  Even more shocking than the poverty in and around Vancouver – there are nearly a million people in living at or below the poverty line in The Bay Area, and one out of every four children there lives in poverty!  It’s my dream to take Offspring down there one year to work side by side with Tia Aura in the month leading up to Christmas.

Each time I’m involved with an event that raises money or gathers products to donate, I feel compelled to do more. When Offspring and I attended WE Day in Vancouver recently, she asked what she could do to raise money to help people.  She has always collected food bank donations at her birthday parties instead of asking for gifts, but she wants to do more. I’m going to do everything I can to facilitate her generosity.

How do you get your children involved in social good?