I’ve actually been part of two Mommy Clubs, and I’m grateful to both of them.

I had relocated from Guatemala City to La Quinta, California, a town that seemed to be mostly comprised of wealthy retired people.  I had my parents nearby, but I am very social by nature and wherever I’ve lived I’ve always found a tribe of strong, interesting women to hang with.

I was taking Ebi to the lap kids storytime at the library and found a little flyer introducing the local chapter of the International Mom’s Club and I sent an email that day.  I went to their monthly meeting and joined up.  I felt welcomed by the club, and signed up to their meetup group so I could join the playdates that were scheduled.  It was fun, and I connected with a few of the moms.  Ebi made her first friend, baby H who is 6 months younger, but they played really well together until her family moved to San Diego.

I found though that the core group of women and kids in the club had been together for a couple of years already, and most of their kids were that much older than Ebi.  When I was asked to take over the weekly playgroup for Ebi’s age group I did, but there was almost zero attendance.  One day I was meeting Jennifer, a potential new member, at the playground for one of our weekly playgroups and there was a loud, rambunctious group of moms and kids already there eating cupcakes and playing with balloons.  They offered us cupcakes and balloons for our girls and I turned to Jennifer and said, “I think this is the club we should both be joining.”

We joined this new club, under the leadership of Alice, who insisted on a certain investment of time and participation or she would remove you from the group.  I felt bad for the women who washed out of the club, and there were many.  We had several discussions about letting people stay in even if they didn’t show up, just so they could feel like they were part of something, but we didn’t make any changes until Alice’s son started school and she handed the group over to a new organizer.  We soon realized that the only reason we had such a full schedule while Alice was in charge was because she was such a strict enforcer.  Even though we attracted a few new members, the group slowly started to fade out and the moms with younger kids were drawn to the original Mom’s Club. 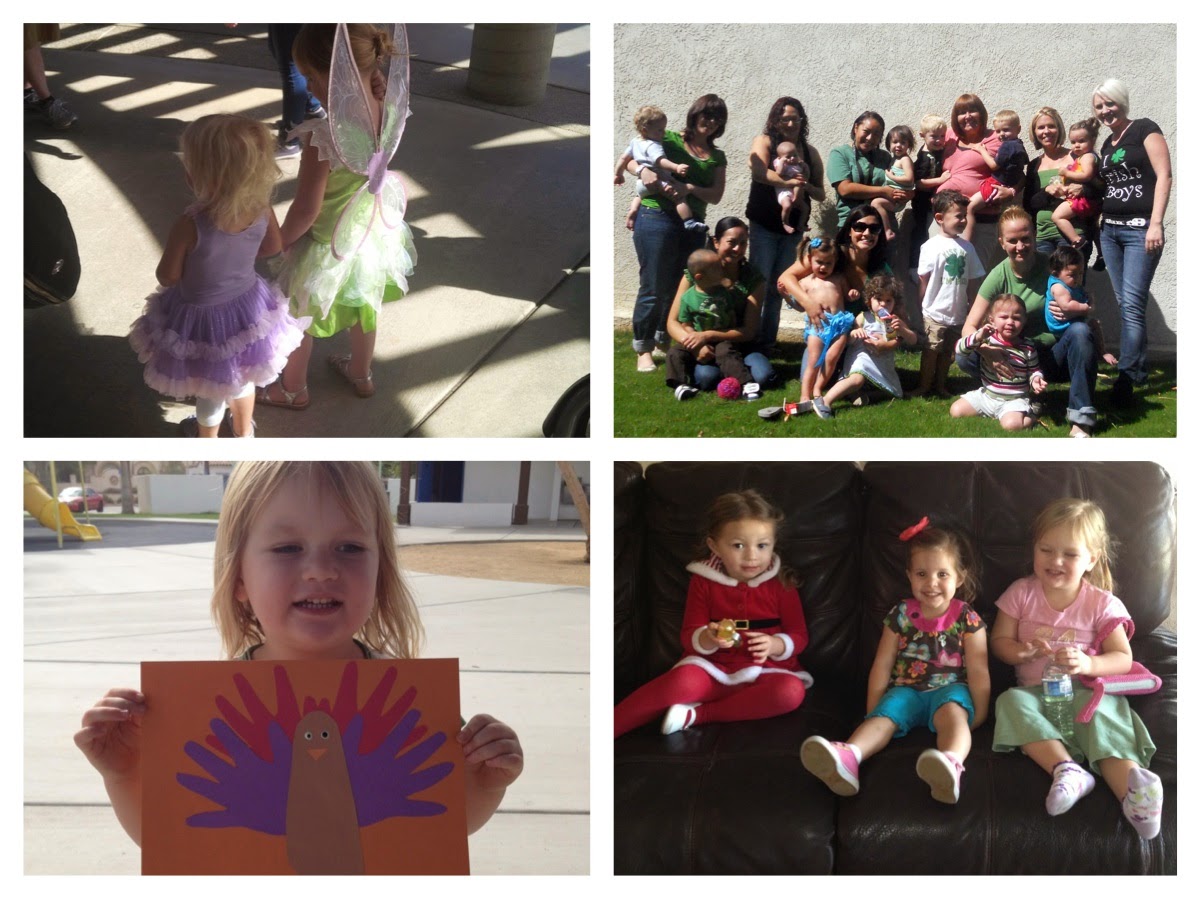 While I’m sad to see the end of our club, I know it’s not the end of the friendships Ebi and I made while we were part of it.  As we transition into our new schedule of preschool every morning, and I take on more work, we’ll still be getting together with our pals.  Perhaps not as often, but I think the point of these clubs is to connect, especially at a time when it’s really easy to hide for so many reasons.  Hanging out with a bunch of women who are honest about their highs and lows, who can joke about how many times a week they bathe, or have sex, talk openly about depression, bladder leakage, marriage, divorce, and potty training is not just therapeutic, it’s essential.  Don’t expect to become friends with everyone in the group, it’s just like any other social situation, there will be people you connect with and others you don’t, but generally you will form a sisterhood based on compassion and shared experiences.  It will be great for the kids too.  They’ll have opportunities to socialize and will be more prepared for school.  The bonds they form are wonderful.

Go forth new mamas, and join a club, or two.  You’ll thank me later.