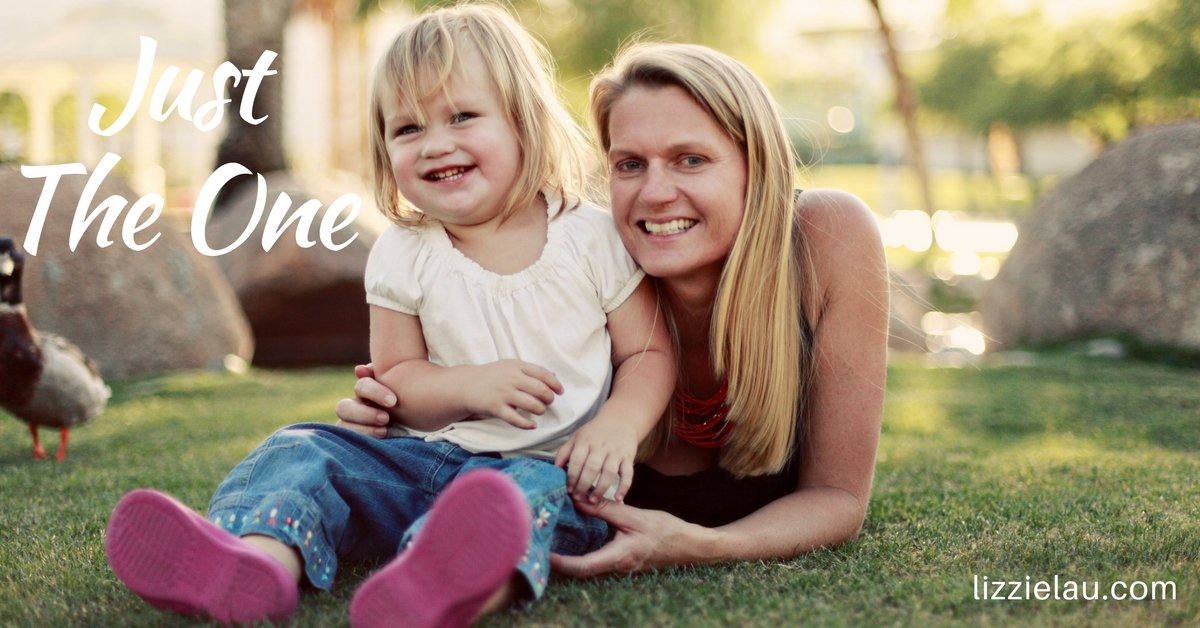 “Are you going to have more kids?” I used to get this question a lot when Vivi was little. The answer kind of made me sad.

I waited until nearly the last minute to have my child. I was 40 when I gave birth, and the whole experience was magical. OK, the 20 weeks of morning sickness were not magical, and by morning I mean 24/7. The birth experience was exactly what I hoped for though, and having a baby, raising this child, my daughter, is clearly the best thing I’ve ever done.

While I was pregnant, and married, I thought that I would have at least two children. I grew up with a sister, and I just couldn’t imagine raising my child without a sibling. She does, in fact, have a brother and sister from her father’s previous relationship, but they live in Sweden and she has only met them twice.

After Vivi was born, I was just so grateful that she had been born healthy that I started having second thoughts about getting pregnant again. I worried that if I gambled again “at my age” and the next child was not healthy or had special needs, it would dramatically change Vivi’s childhood. The second consideration is that my relationship with her father ended when she was just a year old. He moved to Florida, and since then I haven’t dated at all. I signed up to an online dating site, and had a few messenger conversations with men in my area, but when they sent their phone numbers and suggested we meet, I chickened out and deleted my account. I just haven’t been ready to invest the kind of time and energy required to be in a relationship, and I have too much responsibility as a single parent to go out like a cougar looking for some action. So, there was no one to provide the ‘secret ingredient’ even if I was ready to have another child.

The final consideration was that as much as I love being a Mom and everything that goes with it, I am constantly exhausted. I’m doing my very best to engage, teach, play, read, cook healthy meals, and provide for my child. I work at home, and don’t receive child support so you can imagine how much sleep I get.

It does make me sad to think that I won’t experience being pregnant again, those first flutters of movement, the hiccups, the knees and elbows jabbing at my insides. I won’t have another labor, or look into the eyes of my newborn again.  Whenever I get sad though, I flip through the photo book I made of our first year together and relive all those moments.  I have thousands of videos, my Mom even caught Vivi’s first laugh on video while I was singing a song I made up for her.  Those sad feelings are fleeting though, because as cool as it was to produce this child, having her be at an age where we can really have fun together is so much cooler.

32 thoughts on “Just The One – Raising an Only Child”