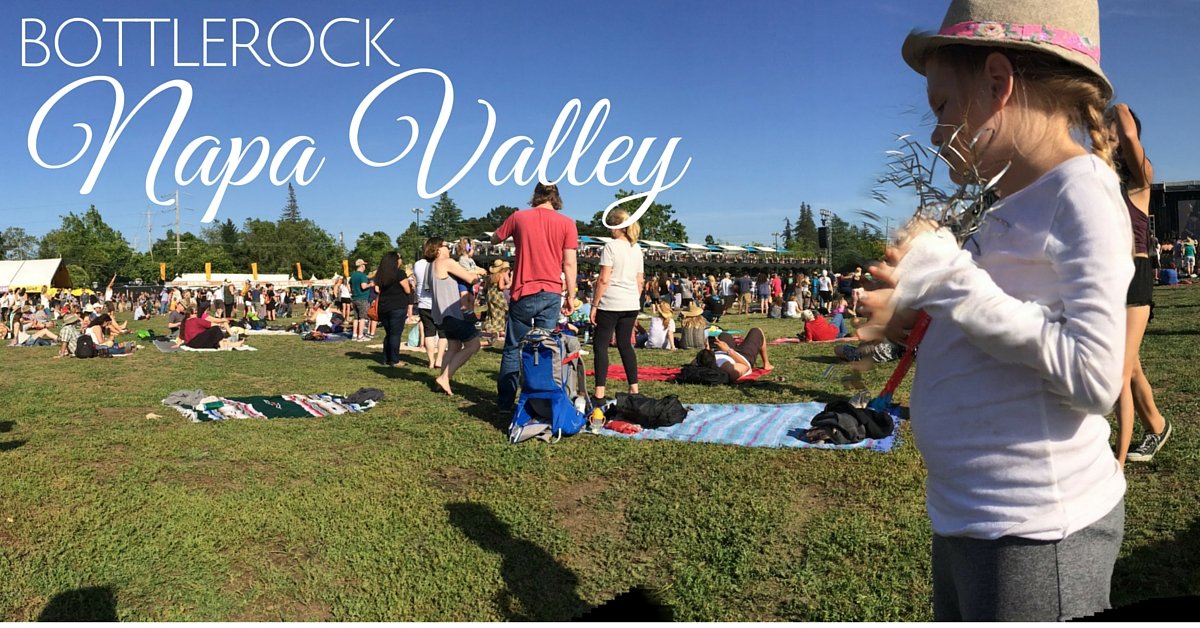 BottleRock Napa Valley is an annual 3 day music festival held in May. We’ve gone twice, and both times it was better than I expected.  The first year we only attended on Friday because we drove from Vancouver, BC to Napa essentially to see Michael Franti perform!  Lenny Kravitz, Stevie Wonder, and Andy Grammer were all bonus.

The music, food, and craft beers were sensational.  I know it’s a wine festival, but it was almost 90 degrees and neither MC nor I were feeling like drinking wine in that heat.  Vivi and I shared a double bacon cheeseburger and fries from the Bacon, Bacon food truck for lunch.  Later the three of us shared a Chicken Shawarma from The Middle Feast food truck (marinated chicken thighs, chopped and grilled with onions and served on pita like a taco with slaw and tahini sauce. OMG.)  Of course when traveling with a 6 year old there must be an obligatory pilgrimage to Ben & Jerry’s ice cream booth for a big dish of Coffee, Coffee Buzz Buzz Buzz.

I didn’t realize it at the time, but the reason there is a secondary line at the entrance is to get alcohol wristbands.  We got away with not having them, because we’re obviously vintage. Instead of setting up specific areas where you can drink, they use a wristband ID system.  This was great because otherwise having Vivi with me may have precluded me from having a tasty beverage.

They also have a system in place for the Little Rockers. Vivi’s wristband was encoded with my contact information in case we got separated.

This was BottleRock Napa Valley’s 4th year (3rd under new management) and the organizers have it nailed.  I was a little worried that it might be too crowded since it has become so popular.  It was perfect though.  We didn’t try to get close to the stage, instead we spread out our blankets on the grass near the back with tons of space to move around, and where we could easily get out to the food and drink vendors and the porta-potties.

The vibe was much more grown up than Coachella (I have never been, but I can hear it from my front yard in La Quinta, CA. and I see the festival-goers in our local stores and restaurants.) Yeah there were a lot of young people at BottleRock Napa Valley, but to me it looked like the demographic was predominantly 40+.  We enjoyed the people watching immensely, and some of the festival costumes were outstanding!

It got seriously hot so I was glad I had carried a wardrobe change for Offspring. I kept her long-sleeve white t-shirt soaked to keep her cool.  For a kid born in the desert, she is surprisingly intolerant of heat.

I grew up going to concerts and outdoor music festivals. Music is imprinted on my soul, and every part of my life has a very distinctive soundtrack. I want this for my daughter too. I have vowed to make her childhood memorable for the experiences we share. We’re more about doing stuff than collecting stuff. Last year we drove to the Ste. Michelle Winery just north of Seattle to see Michael Franti perform as part of their summer concert series. I had seen Michael Franti once before, in Vancouver, while I was pregnant, and I think he puts on a great concert that is suitable for kids. Sure he may drop the F-bomb occasionally, but so do I. His message is positive and he’s passionate about it. I love that.

BottleRock Napa Valley is absolutely world class, and we’ll go back for the whole weekend to kick off summer next year!

Check out the BottleRock playlist!

Big love and gratitude to our cousins Cynthia + Albert, and Flaco + Javy from Napa Private Tours for their hospitality in Napa! 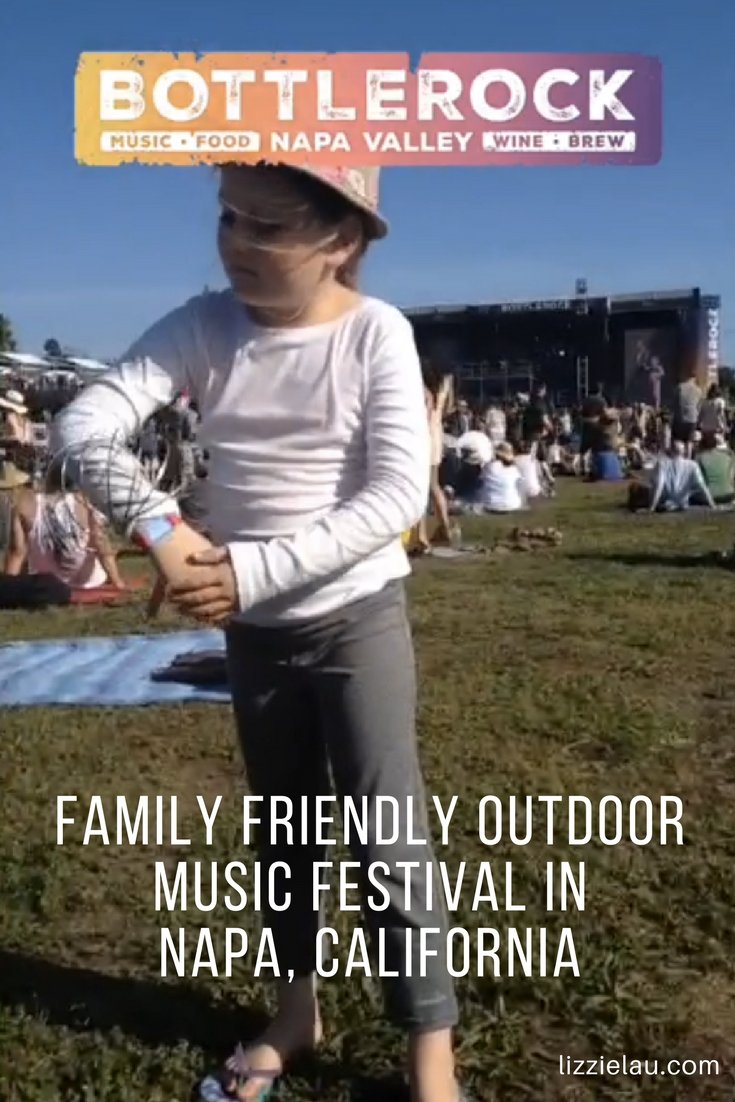