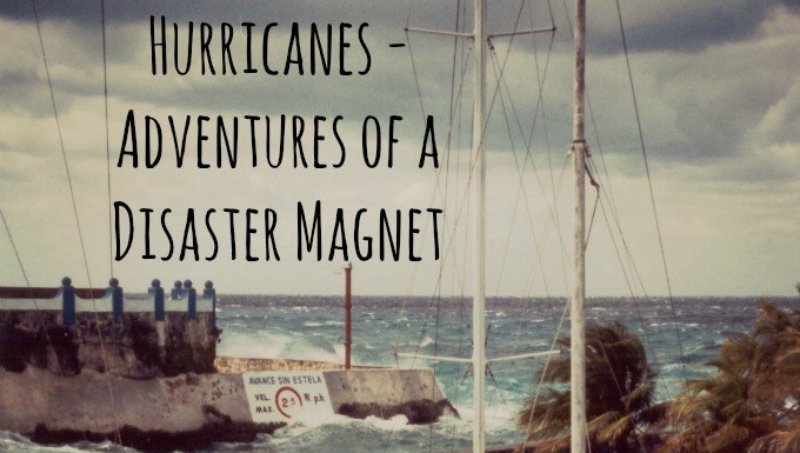 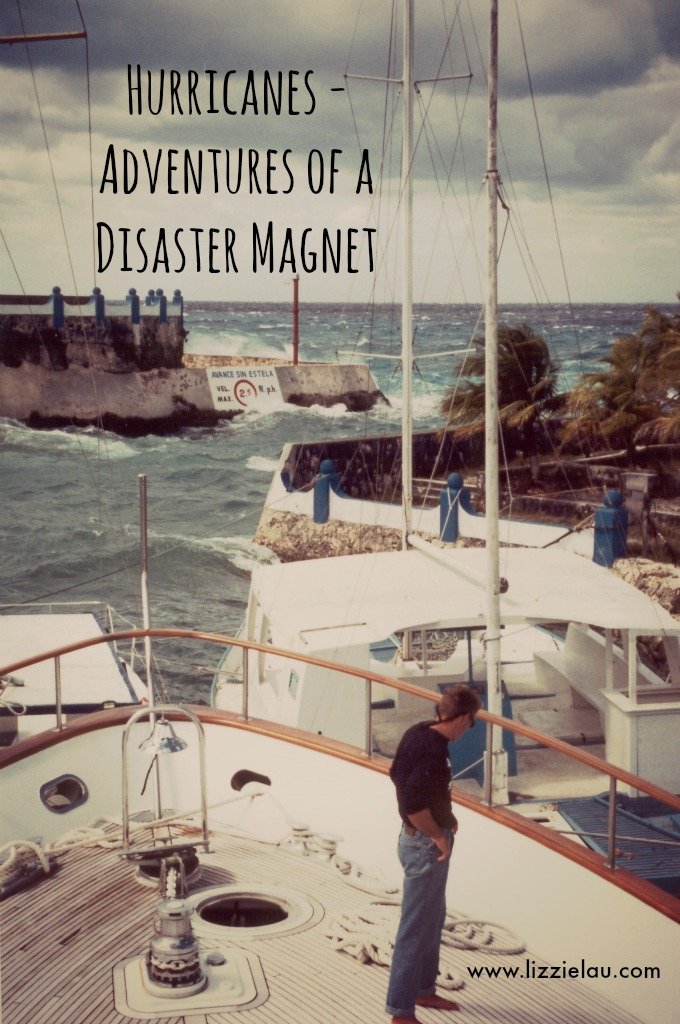 Now that I have a child of my own, a daughter, I’m acutely aware of, and somewhat remorseful about the trauma I put my mother through. I’m not talking about being a naughty child or a difficult teenager. I’m talking about being a full on disaster magnet. Earthquakes, hurricanes, volcanic eruptions, revolutions, to name a few. I always downplayed the danger I was in at the time, but I know she spent many, many sleepless nights wondering if I was still alive.

Hurricanes – Not Exactly As Seen On TV

Hurricane Andrew, in August of 1992, was my first big storm, and I was completely unprepared. I had just spent a magnificent week in the Bahamas on a liveaboard dive boat. I had completed my scuba diving certification and even did my first shark feeding dive. My boyfriend and I were planning to spend a few more days in South Beach enjoying yummy Cuban food and people watching before heading back to Canada.

We ended up helping the owner of the boat evacuate all his passengers and find a spot to tie up in a spur canal of the Miami River. We stayed on board during the storm, and I can still say, even after doing over 400 skydives, it was one of the most exciting events of my life. I ended up working on that boat for 4 years, and experienced several more hurricanes. 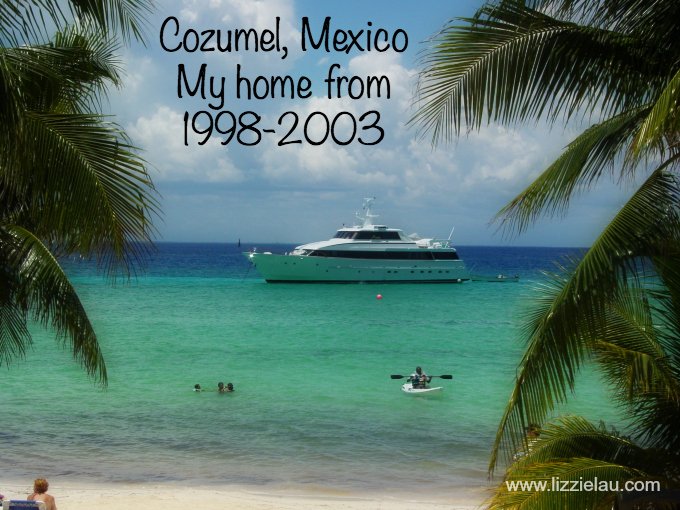 Mitch – One of the Deadliest Hurricanes on Record

Hurricane Mitch, in October of 1998, was a storm that nearly ended my life. At the time, X2 and I were the only full time crew aboard a 105’ Cheoy Lee cockpit motor yacht based in Cozumel, Mexico. A yacht that was custom built for an exceptionally tall owner, each deck had been raised nearly a foot to accommodate his 6’8” frame. Unfortunately, this meant that she was top-heavy, and was really uncomfortable in anything resembling weather. The owners liked to use her close to the dock, so she wasn’t set up for traveling. We called her the dockside condo. This was near the end of our first of eleven years spent on this yacht, so we were still getting used to her quirks.

We were using a weather service based out of the Pacific Northwest which sent us faxes upon request, predicting the movements of storms in our area. We had received a couple of notifications from them already predicting that weather patterns would hold Mitch south of us. We decided to stay put. The yacht only did about 8 kts in great conditions and the water wasn’t smooth outside the marina, in fact, Capitania de Puerto had closed the ports to small craft.

We were really shocked when the manager of the marina showed up and told us that we had to leave immediately. At first we refused, but he threatened to get the navy to tow us out, so we quickly hired a deckhand, packed up and headed for Isla Mujeres. Unfortunately, the feeder bands of the storm had reached our area and the seas were really rough. We were burying the prow into 20’ waves, and green water was hitting the windows of the bridge. Tony, the deckhand was stuck in the galley holding the refrigerators in place, at the time they didn’t even have latches on the doors. I was crawling around taping cabinets shut with duct tape, and trying to save crystal glassware.

When I looked out the portholes, all I could see was green water. X2 was at the helm, and when he yelled at us that we weren’t going to make it and he was turning around, Tony and I locked eyes. We knew how dangerous turning could be in rough seas, especially since the yacht wasn’t handling well going into them. If we got caught by a wave when we were sideways we could easily capsize. We both held our breath as we felt him turn on the crest of a big wave, and finally exhaled as we surfed down the back side of it.

We slowly made our way back to Cozumel and dropped the hook and 300’ of anchor chain right in front of the Capitania so they could see exactly where we were. The storm never did get any closer, but there was a little more excitement when we were fined $3000 US for  being kicked out of the marina after the port had been closed! 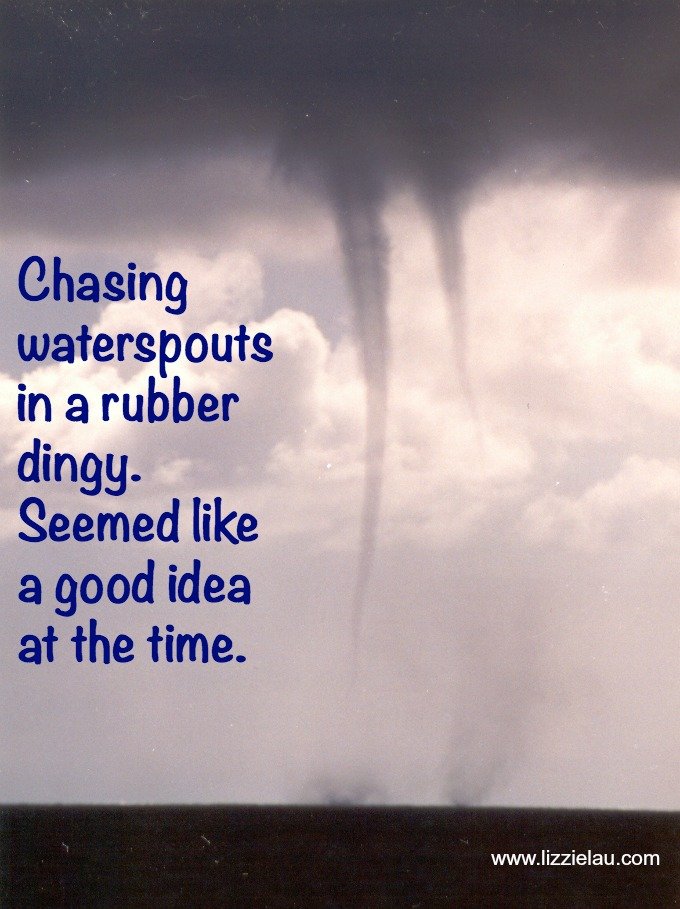 4 thoughts on “Hurricanes – Adventures of a Disaster Magnet”