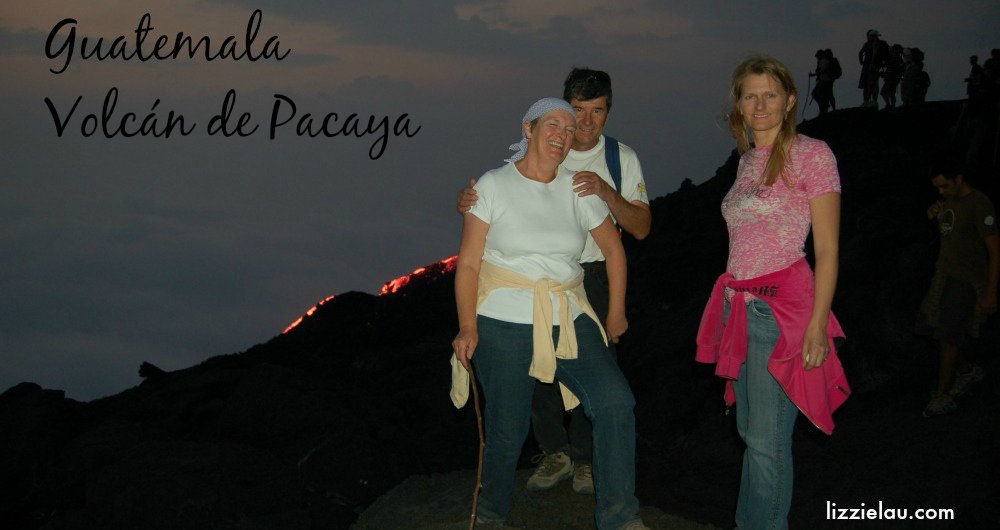 When I stood on the black crust of the lava flow on Pacaya Volcano in Guatemala, with the soles of my sneakers beginning to melt, my first thought was, “Where are the lawyers?” Where else can you climb without a guide and walk to within a few meters of where the lava is actually spewing out. There are no signs warning you of the dangers, people are actually roasting marshmallows over the red hot lava.

I’ve climbed a few other volcanoes, including the beautiful Mount St Helens in Washington State, and to be fair that could have just as easily ended in disaster even without molten rock underfoot. As I stood on the edge of the crater of Mount Saint Helens, watching steam vent from the cone down below, I heard a crack like a gunshot and then a chunk of the rim across from me – just like what I was standing on – broke off and slid down toward the cone. I scurried back a few feet!

The best time to hike up to Pacaya Volcano is in the late afternoon, so plan to arrive at the lava flow just before dark. It is an easy hike, about two and a half hours of walking and climbing. In fact, you can drive nearly halfway up the mountain to a parking lot where you will be offered, and I use that term loosely, horses or walking sticks to rent. The guys with horses followed us for about ten minutes insisting that we would need their service, until they finally gave up. At the time of the hike pictured above, I was married to a Guatemalan national who has hiked up countless times, so I’ve never gone up with a guide but most of the groups I’ve seen arrived by tour bus out of Antigua. I’m sure there are tours leaving the colonial city several times a day. Pacaya is said to be Guatemala’s most frequently climbed volcano because it is so accessible.

What To Pack for Hiking a Volcano in Guatemala

We took flashlights and headlamps so we could pick our way back down in the dark. We also wore gloves because the climb to the crater is steep and made up of jagged, shifting lava rocks. Bring a sweater or windbreaker because it does get cold after dark. I’ve seen people hiking in sandals, shorts and t-shirts, but I’ve also seen people with terrific abrasions from falling on the lava rock, so I’ve always worn long pants and running shoes. If you have a camera that takes panoramic photos, or an app that seams one together, this is the place for it. Bring water and snacks because you may want to have a little picnic at some point and enjoy the views.

I’ve been up several times, and each visit was different. During the last visit, there was a great deal of activity. We have seen rivers of lava flowing down the hillside, chunks flying out, and red hot balls rolling and bouncing down. Shortly after my last visit early in 2010 they had to close the mountain due to a phase of violent lava fountaining. Guatemala city was covered in a thick coating of ash, and at least 3 people were killed. Since that time, the action has died down quite dramatically though there is still regular seismic activity and degassing. Climbing an active volcano is always risky, and I’m probably more nervous when there isn’t obvious lava flow because I feel some false sense of security when I can see the lava and the direction in which is it flying or flowing.

Pacaya is one of 452 volcanoes that make up the Ring of Fire that stretches 40,000km in length around the Pacific Ocean.  Pacaya is not one of Guatemala’s tallest volcanoes, reaching2,560 meters (8,400 ft), but she does offer an incredible view from the top.  in the last 500 years Pacaya has been on of the most active volcanoes in Central America, and has been in an eruptive phase since 1965.

Have you hiked a volcano in Guatemala? Did you know you can also dirt bike at Pacaya? 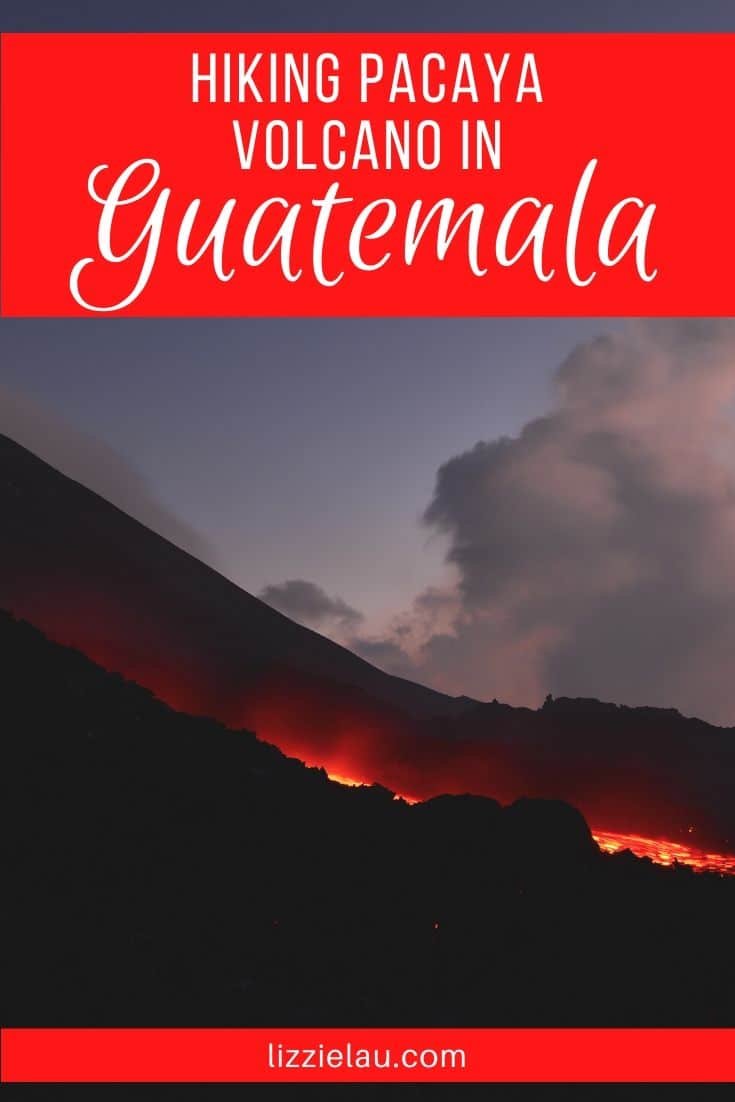 15 thoughts on “On The Edge – of a Volcano in Guatemala!”