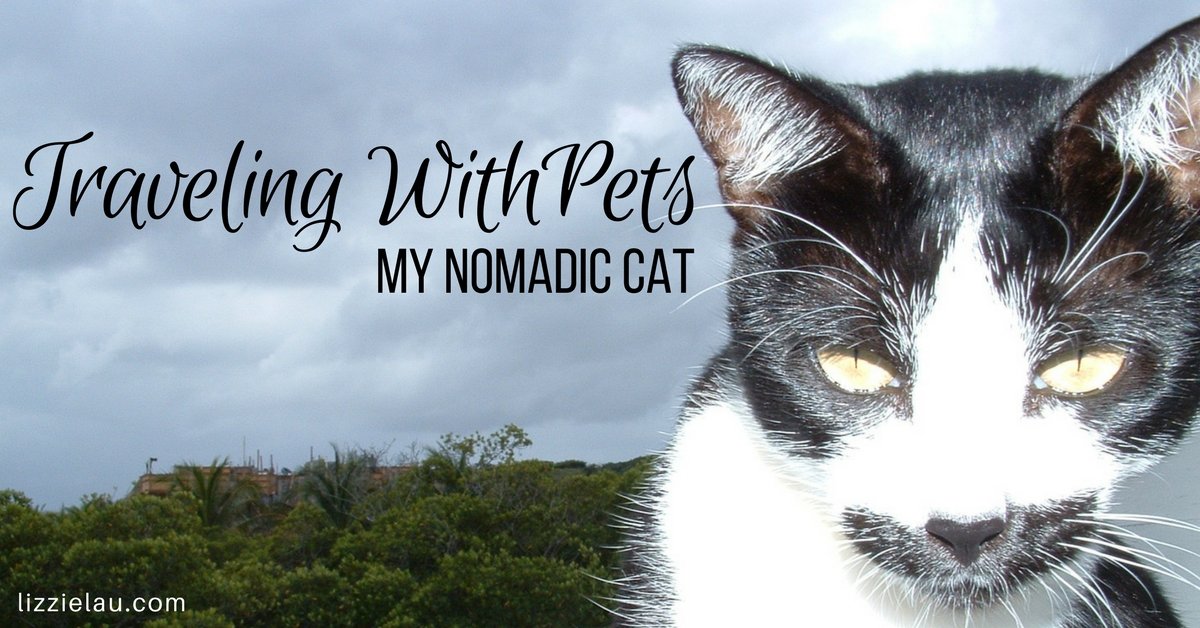 I had an awesome nomadic cat who lived in 4 countries with me, and I can’t imagine ever having another that comes close. I found that traveling with pets was challenging at times, but worth it.

X2 and I adopted Boca Negra Brown aka “Kitty” on the dock in Cozumel.  We lived there full time for five years, and just before we moved, she showed up and joined us as crew on the M/Y Aries. She moved with us to Isla Mujeres, and then a year later to Roatan, Honduras.  She also spent 9 months in Florida with us for a major refit of the yacht. She was not a great seafaring cat, she got seasick nearly every time the yacht left the dock, lucky for her it didn’t happen that often.

She was a perfect yacht princess though, spoiled rotten, imperious, and demanding. 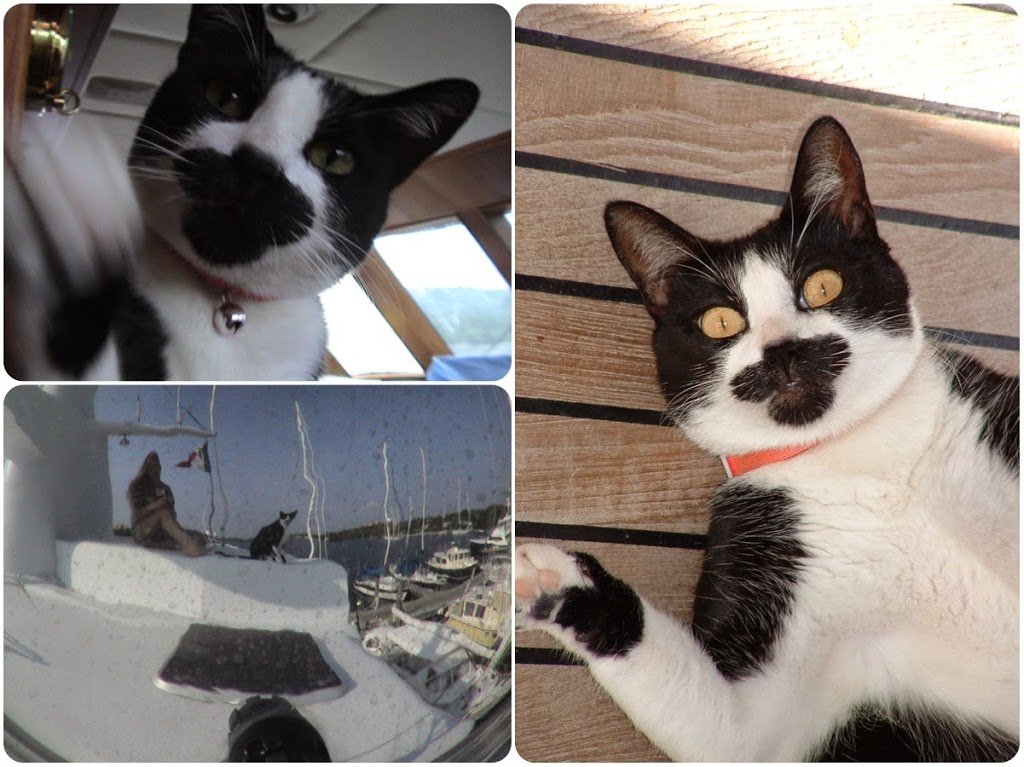 She was a dumpster diver when we found her, but in no time she got used to the finer things in life, fresh fish, lobster, shrimp, and filet mignon.  If I yelled “fish” she would come running.

She slept with us at night, and spent afternoons up on the boat deck lounging in the shade of one of the dinghies.  In Isla Mujeres she once spent 40 minutes staring down Tiger Woods as he pedaled a stationary bike on the back deck of his yacht, “Privacy” when it was tied up at the dock behind us.  She deigned to climb aboard and help herself to a full tour of his yacht as well, until one of the crew members escorted her back to the dock. 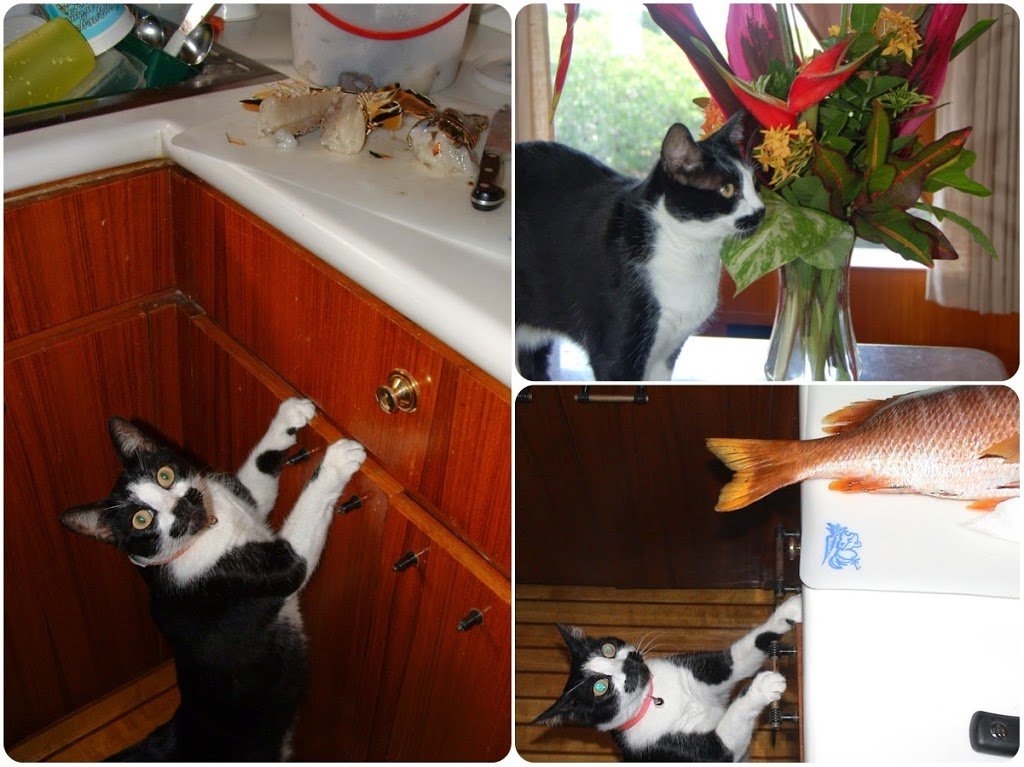 When X2 and I split up, he wanted the kitty to stay with him and I didn’t argue.  I felt bad enough that I was ending our 10 year marriage, I wasn’t going to take the princess too.  Later though, he called and asked if I could pick her up in Roatan because he was leaving the yacht and the island and couldn’t take her. 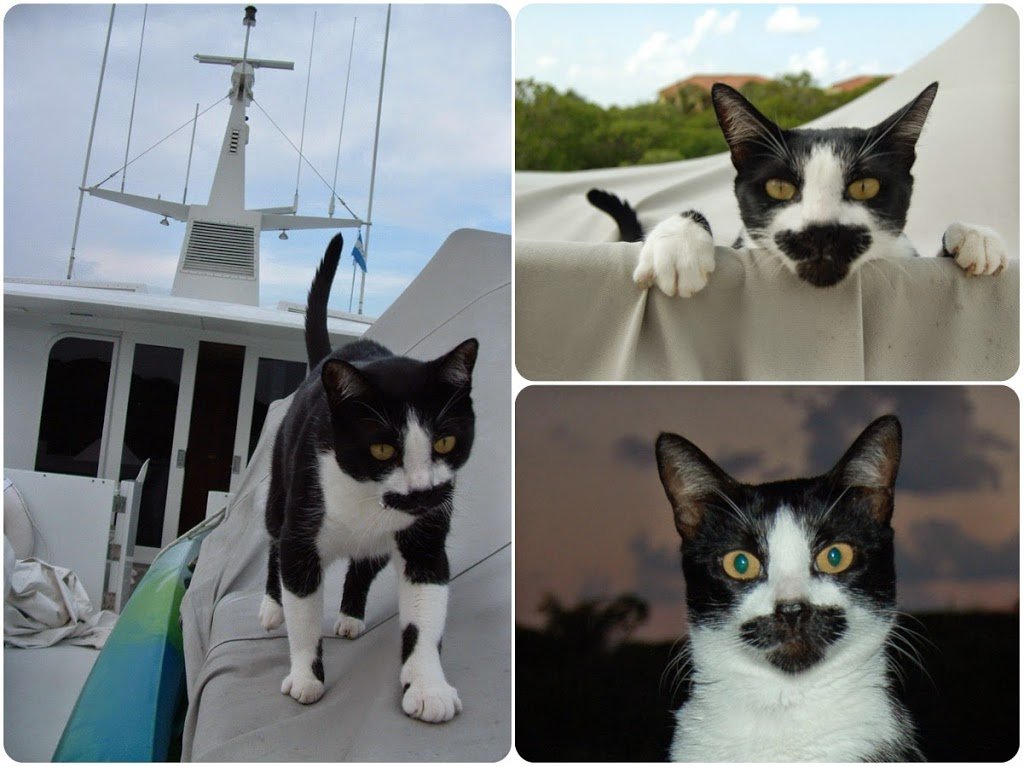 I was living in Antigua, Guatemala at the time, so X3 and I drove nearly 10 hours to La Ceiba, Honduras and took the ferry over to Roatan to fetch her.  I knew she’d hate the ferry ride, so I flew back to La Ceiba with her, and then we drove home to Antigua with her moaning in the back seat the whole way. Again, traveling with pets can be challenging, for us, and for them.

In 2009, we moved from Antigua to Guatemala City, and opened a motorcycle accessory store. Kitty enjoyed Guatemala, and the freedom of living in the land of eternal spring.

Houses there are built inside high walls and razor wire, but they are often open at the top and as soon as she figured out that she could, she started hopping rooftop to rooftop exploring.  She had to be rescued several times when she got into a neighbor’s yard and couldn’t get out.

She had one terrible habit that used to drive X3 crazy.  She loved to sleep at the foot of the bed, but if she got jostled she would jump off and head downstairs to find something to bring upstairs.  I have no idea what this behavior means, but she would bring a glove, a toy, or a piece of paper and then start yowling at us.  If we didn’t acknowledge her immediately, she’d start jumping around, flipping whatever it was in the air before setting it down beside the bed and yowling some more.  If it was a piece of paper, she would put a paw on it, grab it with her teeth and begin tearing it to shreds.  X3 suffered from insomnia, so this noise in the middle of the night was never welcome.

That wasn’t really the only thing that bugged X3.  Not long after we moved into the city, Kitty joined a gang. They partied on rooftops, and every so often she brought them home to our roof and the racket they made was really out of order.  She got into trouble too.  One night she came home with a deep slash in her back that looked like she had gotten into some razor wire.  She needed a bunch of stitches.  The truth is that even though she had a good safe life on the yacht, she was a slug.  She really came alive when she had the freedom to roam.  At least that’s what I tell myself so I can sleep at night.

When I flew to California to give birth I planned to return to Guatemala with the baby immediately, but I never went back. X3 took care of Kitty until she left one night and never came home. I’ll never know what happened to her, and to this day I feel so guilty that I don’t think I deserve another pet.

Is traveling with pets something you’ve done or would consider doing? 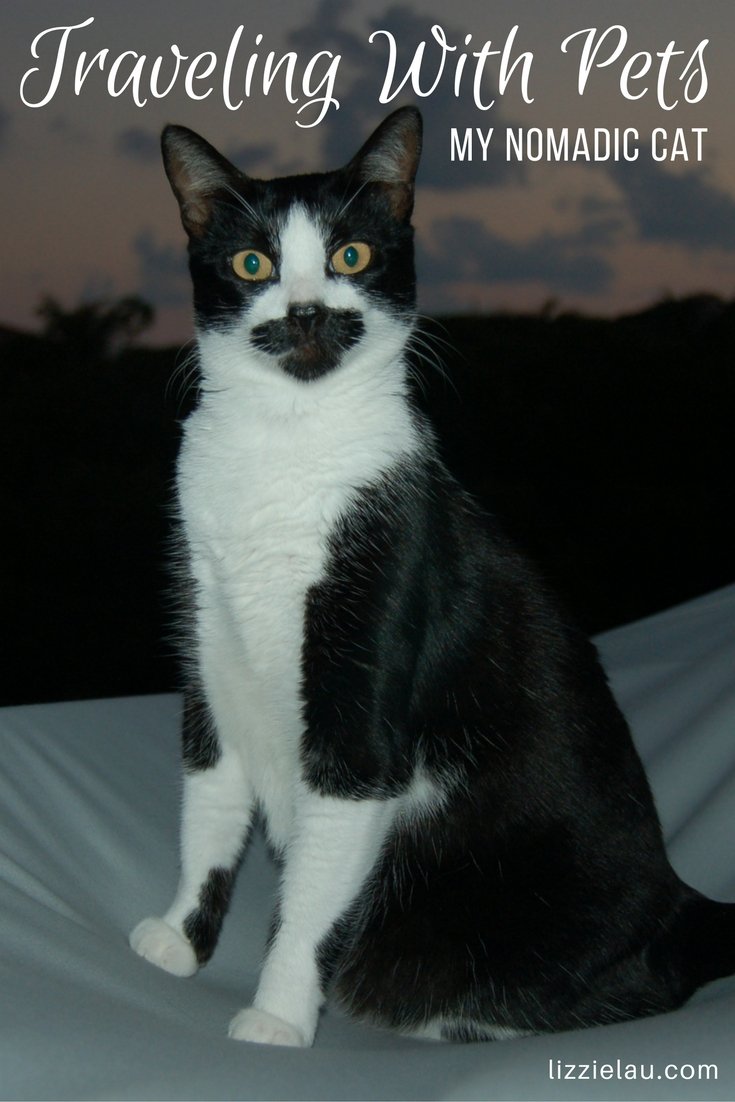 17 thoughts on “Traveling With Pets – My Nomadic Cat”