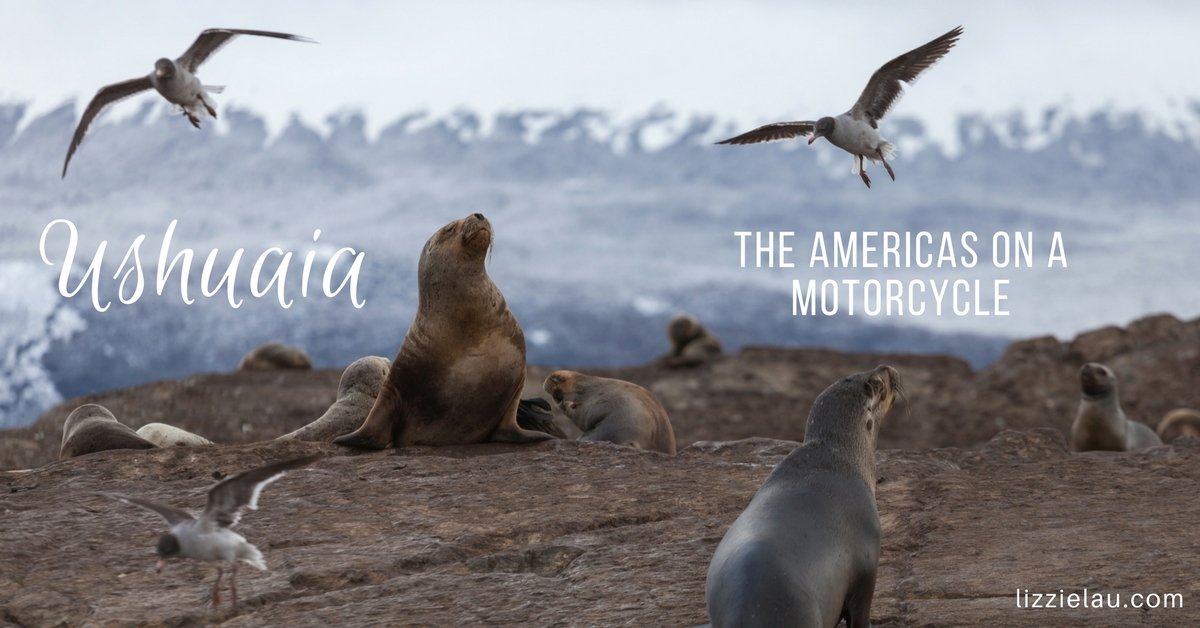 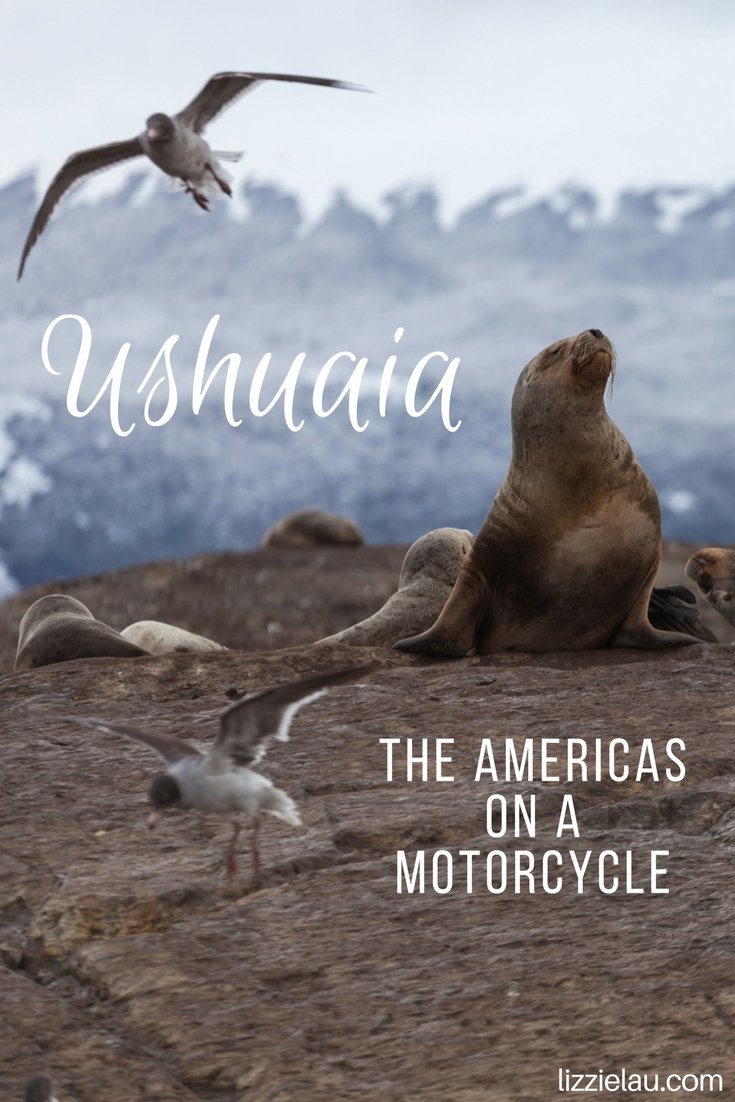 Ushuaia is the holy grail of motorcycle destinations, and it isn’t for sissies. It is the southernmost city in the world located in the Tierra Del Fuego Archipelago, Argentina. About 2,000 people attempt the 17,000 mile pilgrimage from Alaska to Ushuaia each year.

The Pan American Highway is a network of roads linking the Americas. Beginning in Prudhoe Bay, Alaska, and ending in Ushuaia, Argentina, there are vast stretches of the route that are only unofficially defined. For an adventurer, that’s not an issue. It’s a long enough journey that no one will challenge the degree of a rider’s bad-assedness based on route specifics.

The Guinness Book of World Records lists the Pan-American Highway as the world’s longest motorable road, though there is a 54 mile section of dense rainforest in Panama called the Darién Gap that few have been able to get through on two wheels. Most people opt to put their motorcycles on board a boat that carries them to Columbia. I read a great book by a Melbourne, Florida author who did it on two wheels, called, Obsessions Die Hard: Motorcycling the Pan American Highway’s Jungle Gap. The completion of the highway through this area has always been opposed because it doesn’t seem worth it to cause so much deforestation. There is talk of eventually putting in a commercial ferry link to Columbia, but for now there are private sailboats that provide the service. 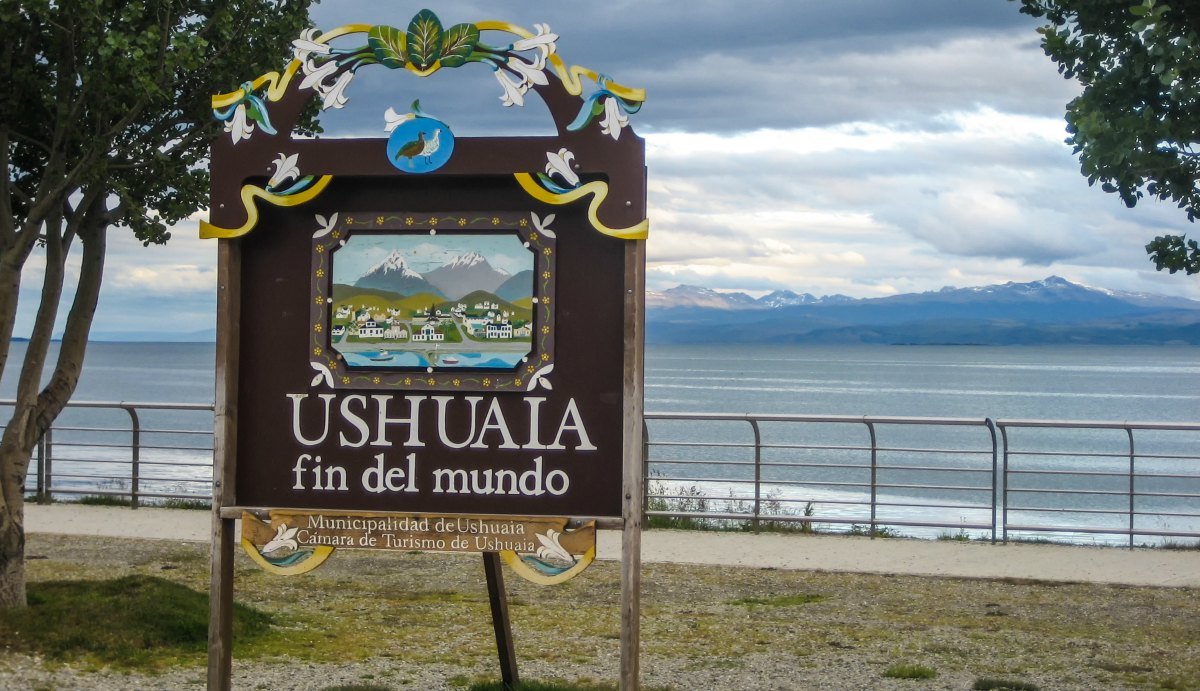 Be Prepared to Face Challenges

Having ridden Florida to Alaska and back, I can attest to the fact that one good reason to begin a long journey in Canada or the States is the opportunity for a thorough shakedown of the motorcycle and gear in a place where you can quickly get repairs, spares and things you overlooked.

By comparison, I’ve had a replacement rim for a dirt bike held hostage in Mexican customs for 2 weeks because they insisted that I needed to hire an agent to have it released. The cost of the agent was going to be twice what I paid for the rim, so I finally found someone who knew someone who was able to walk into customs and take it for me.

A person riding through wouldn’t have that option though. I lived in Mexico for 6 years, and even with great friends ready to go to bat for me, I still had to pay thousands of dollars in “mordidas” to officials. Mordidas is Spanish for little bites and is slang for bribes. It’s something you have to be prepared to deal with and shrug off. If you’re lucky, little bites are the worst of your problems.

A Southern California rider I admire, Glen Heggstad, ran into much more dangerous obstacles. Just a few weeks into the 25,000 mile motorcycle trip he had planned, he was taken hostage by the ELN, a Colombian terrorist group. Even though he was a former Hell’s Angel and martial arts instructor, he was powerless against his captors. He was robbed of all his belongings and forced to march at gunpoint carrying heavy equipment.

For five weeks, he was beaten and fed only rice and water. The only thing that kept him strong mentally was the determination to complete his trip. When he was finally released, instead of heading home to recover, he got another motorcycle and kept going. He later wrote a book about his experience, Two Wheels Through Terror: Diary of a South American Motorcycle Odyssey.

Currently On The Road To Ushuaia

My friend Brian Thiessen, AKA Iron Roamer is currently on a round the world motorcycle odyssey, and Ushuaia is one of his targets.  Follow his adventures on his blog IronRoamer.com and IronRoamer on Facebook.

Brian became obsessed with the idea of adventure riding and despite having limited experience with motorcycles he embarked on a 6 month tour of the United States.  With that under his belt, he decided he was ready to go around the world. I’ve recently been jealously reading his entries on Costa Rica, a place that has been on my bucket list for quite some time.

4 thoughts on “Ushuaia – The Americas On A Motorcycle”