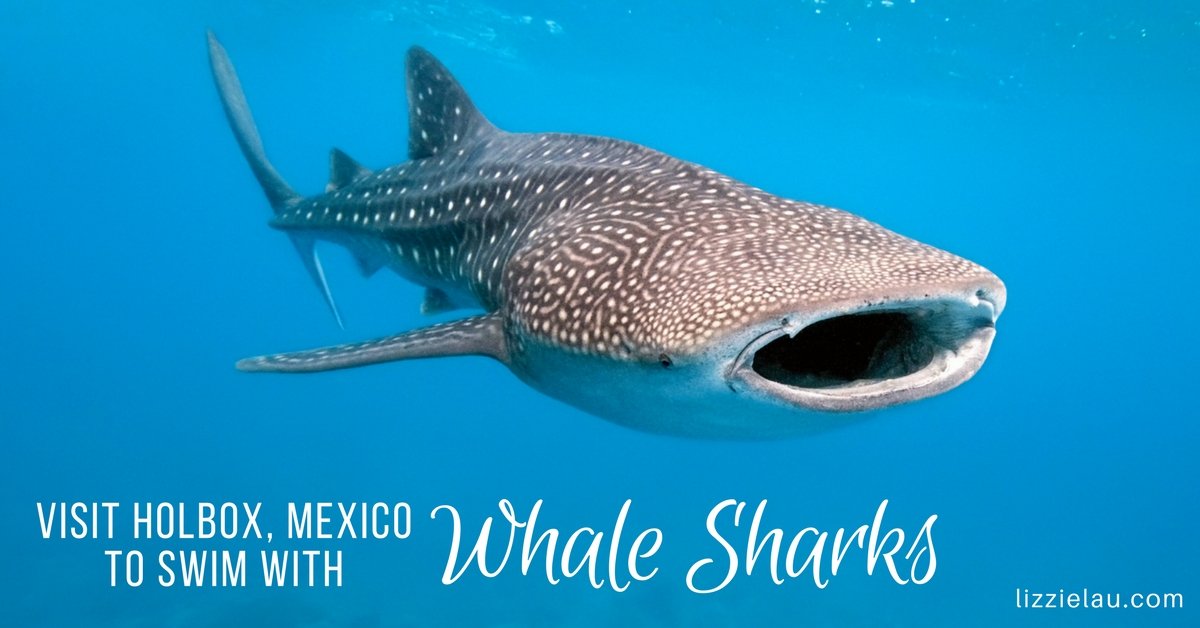 Next time you travel to Isla Mujeres, or Cancun, consider adding a side trip to Holbox to snorkel with whale sharks. The area is renowned as the number one place in the world to swim with the largest fish in existence. Getting there can be a bit of an adventure, but so worthwhile. Depending on your budget, there are busses that make tons of stops, shuttles that are more direct, flights, and rental cars.

A Strip of White Sand

A shallow lagoon is all that separates Holbox from mainland Mexico. Holbox Island (pronounced Hole-bosh) is located just northwest of Cancun. The lagoon is home to thousands of flamingos, pelicans, and many other exotic birds. The island is 26 miles long and a mile wide and has about 21 miles of beaches. Even the streets are made of white sand. There are few cars, most people get around on scooters or golf carts. Holbox is a quiet, peaceful island with no nightclubs, or high rise hotels. It is off the beaten path enough to remain unspoiled by mass tourism. For those who remember when the streets of Isla Mujeres were still unpaved, Holbox will feel like going back in time.

The population of the island is about 1600. The original inhabitants were Pirates who settled there and married Mayans. There are people who claim to be descendants of the 7 founding families. The industry is mainly fishing, though recently it became apparent that tourists were interested in swimming with the big fish that migrate through every year. To cater to these tourists, cute hotels have opened, as well as funky sand floored bars and restaurants.

From May through October (hurricane season) whale sharks converge just off the coast of the island to feed in the plankton rich waters. The warm surface temperatures and cold undercurrent provide perfect conditions for seasonal blooms of plankton which draw in the whale sharks, as well as manta rays, sea turtles, and dolphins.

It’s a one to two hour boat ride to get to the whale sharks, so wear a hat and sun protection. Drink a lot of water to stay hydrated because the trip lasts about five or six hours and you’ll be in and out of the water a lot.

The Whale Shark is not a whale at all, and unlike other sharks, it doesn’t have a mouthful of pointy teeth. The largest confirmed sighting was 41.5 ft. One of the easiest ways to differentiate between whales and sharks is that sharks like all fish, move their tails from side to side to propel themselves, whales and dolphins move their tails up and down.

Whale sharks are not aggressive, they feed on plankton near the surface and just slowly move through the water opening their mouths to hoover up the food. They give birth to live young, and you’ll see the babies close to their mothers. They have a lifespan of about 70 years.

Offspring and I first encountered a whale shark while we were kayaking in Loreto Bay in the Sea of Cortez.

The Yum Balam Ecological Reserve was established in 1994 and protects 154,000 hectares of land and sea that includes the Lagoon Conil, the mangroves and Holbox island. Yum Balam is Mayan and translates to “Lord Jaguar”. 60,000 hectares of the reserve are mainland jungle and are home to jaguar, puma, ocelot, margay, and jaguarundi, all of which are endangered. Yum Balam started off as a rescue project to capture jungle cats that ventured too close to civilization, and relocate them to less populated areas. It evolved to protect all the flora and fauna of the area it encompasses.

For more information, check out this terrific guide. 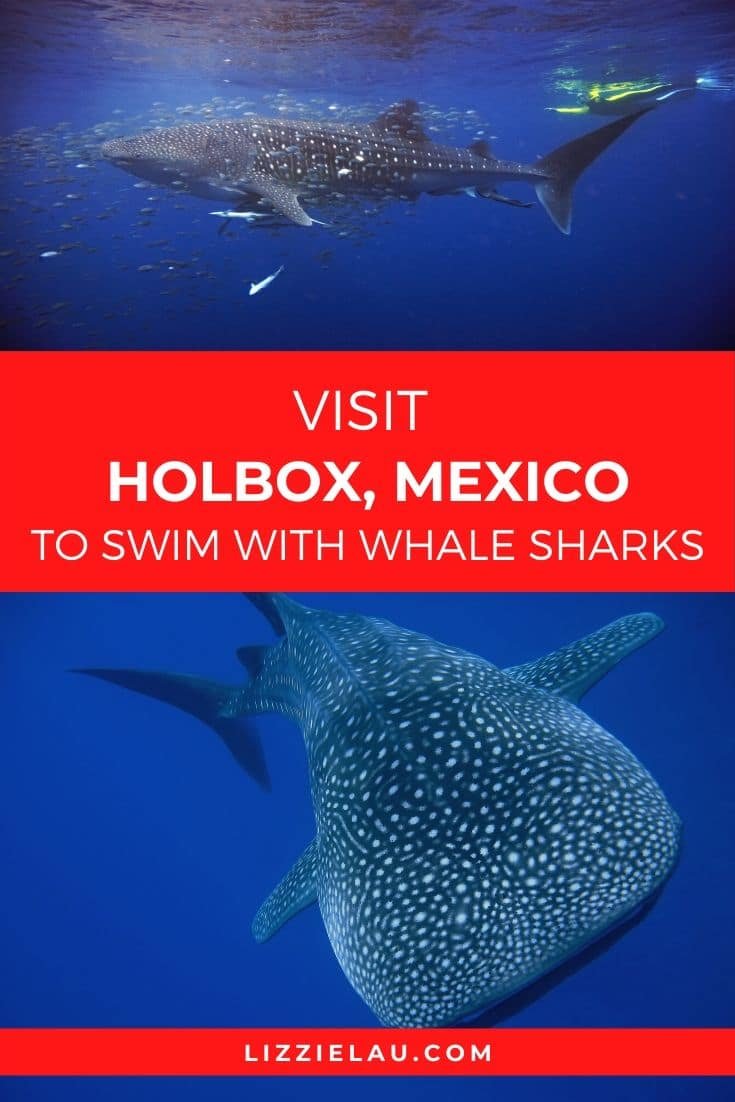 13 thoughts on “Visit Holbox, Mexico To Swim With Whale Sharks”