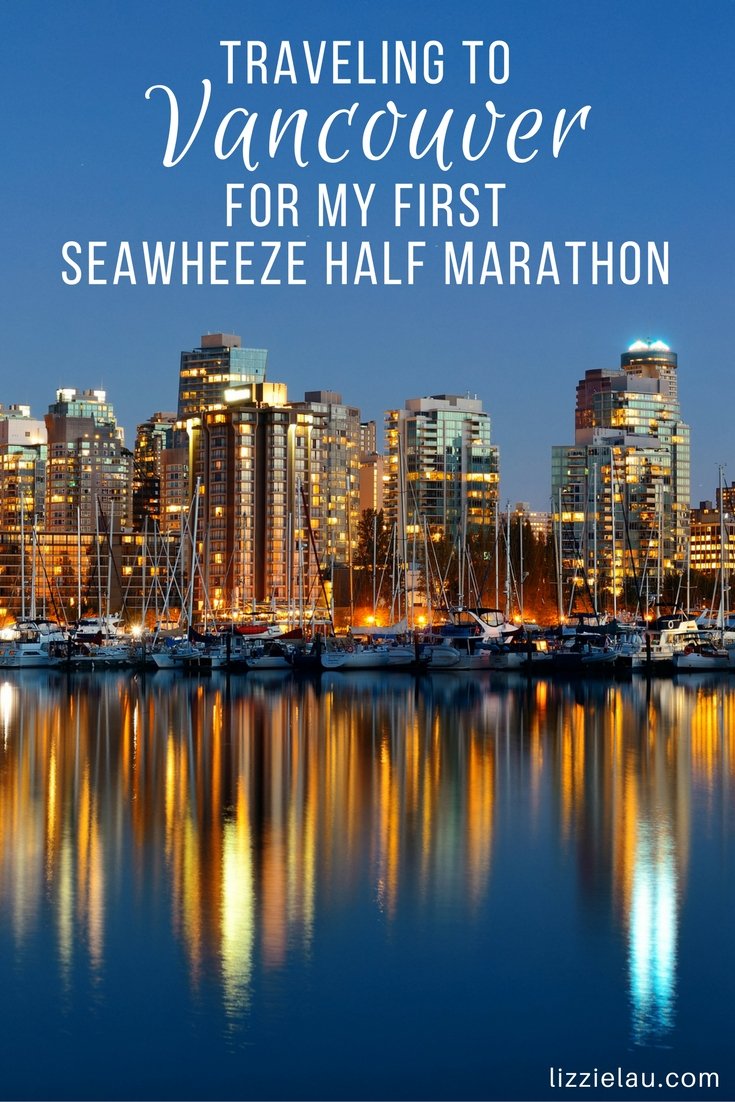 My cousin has traveled to Vancouver to participate in the SeaWheeze Half Marathon several years in a row. She has always raved about it so when my family began organizing a summer family reunion in Vancouver, we decided that we should do it on the same weekend as the run.

I love to run, but while living in La Quinta, California for 5 years, I didn’t do much running outdoors. However, we spent our summers in a suburb of Vancouver where the weather is more conducive to running. There are also some really fantastic trails to run near my parents’ home.

Ever since I read the book Body, Mind & Sport in 2004, running became less of a chore and more of a meditation. Where I once used to have to distract myself with loud music, now I focus on my breathing and slowing down my heart rate until I feel like it is effortless.

My Mom, sister and I agreed to do the run, and 2 of my cousins participated. I haven’t done any distance running since I competed in Track and Field in high school, back in the olden days when we had to run from the velociraptors.

Mom has done a half marathon before, and she used the following 16 week training schedule for beginners: We got through the training and I persevered despite my ongoing issues with plantar fasciitis and Achilles tendinitis.

I was feeling pretty confident about the run until the evening before when I got hit on the head with a bocce ball during our family reunion.  That night my aunt (a retired ER nurse) woke me every two hours to check my eyes and ask me questions. Nobody believed that I’d get up in the morning and want to run, least of all my running partner – Mom.  She came into my room at 5am expecting to see me still asleep, but I was sitting on the edge of the bed, pulling on my socks.

Mom and I started strong, but my feet were in rough shape about halfway through. The race finishes after running around much of the Stanley Park sea wall and it is gorgeous. My cousin was waiting for us, having finished over an hour earlier, and came bounding out to run us across the finish line – though in our case it was more like limping.

Overall I was super impressed with the SeaWheeze event, and was back to run it again the following year (and shaved 40 minutes off my time). It’s such a popular race in Vancouver that people fly in from all over to run it, and it sells out within minutes. Hopefully I’ll get another chance to run it.