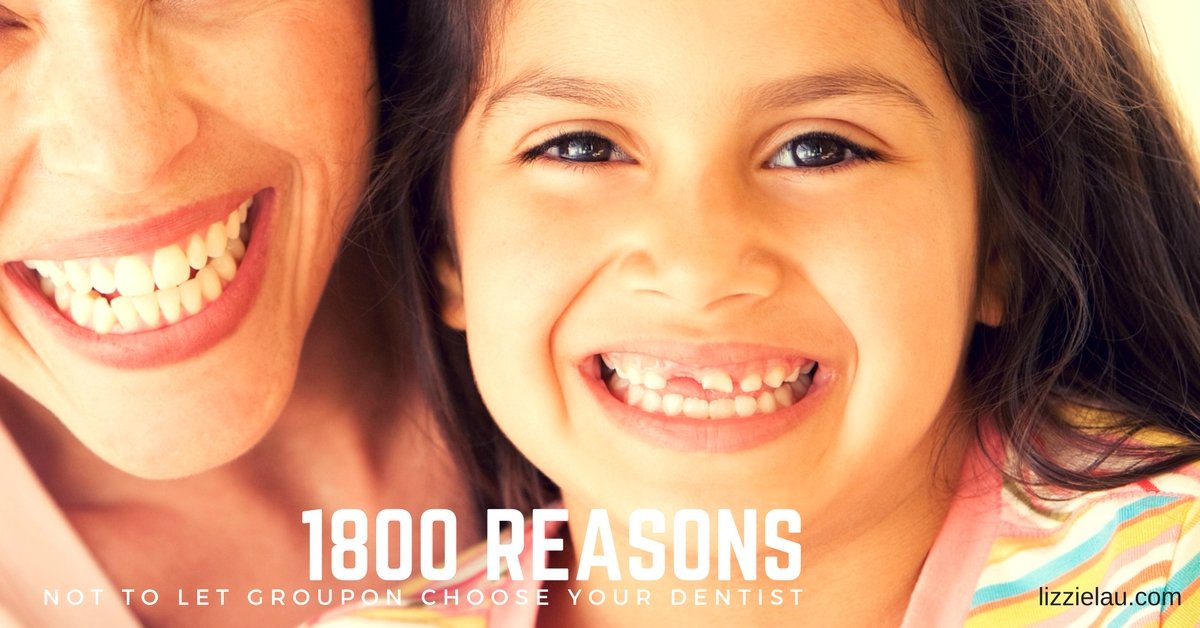 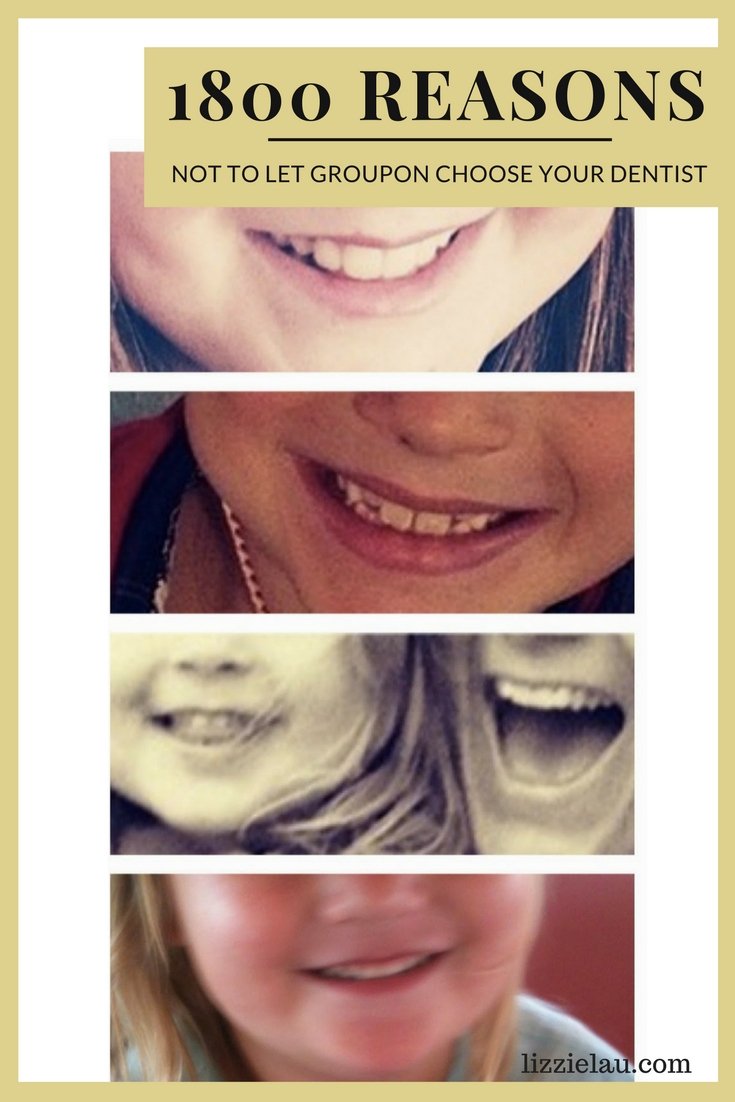 How did you choose your dentist?

When I lived in Mexico and Central America I had a terrific dentist and enjoyed the inexpensive dental care.  Now that I’m living in North America it is more of a luxury.  I’m living on a pretty tight budget, so I do my own hair and nails, dream about massage, and run instead of paying for a gym membership.  I make sure my daughter goes to a great pediatric dentist, but I ignored my own need for a cleaning for a long time.

Then I got an email from Groupon with a dentist deal

A cleaning, checkup, x-rays, custom whitening trays – for $24.99!  It was a no brainer.  I don’t actually regret buying it, it was a fantastic deal.  However, at the end of my checkup I was presented with a plan to replace several old fillings, fill cavities, have a wisdom tooth removed, and see a periodontist.  The estimate for the work I needed was $1800.00.  Then they tried to sell me an insurance plan, which is really more like a discount membership club, that would somewhat reduce the cost of the procedures I needed.

I was really torn because I was face to face with a dentist who seemed very sincere, and he was telling me that the cavity in my wisdom tooth looked deep, and there appeared to be substantial bone loss.  The alternative would be to try to fill the tooth, but it would likely end up hurting, and I’d need a root canal and maybe a crown which would be even more expensive.  He said, “If it was my tooth, I would have it extracted.”  This was kind of compelling. After all, he was trying to save me money, right?

I left and never went back.  But I stressed about it.  About my mouth full of cavities.  About my jawbone that was surely disintegrating under the wisdom tooth that was rotten to the core and would start hurting any day now.  About my breath which must surely be wretched with all that decay.

Fast forward 3 years and my wisdom tooth was bugging me.

My wisdom tooth was finally bugging me. A little. I think. Maybe. It may just have been sensitive to the amount of lime juice I was putting in my mojitos.  Anyway, I confessed to my parents that I hadn’t seen a dentist in 3 years and told them about the $1800 worth of work my mouth needed.  They immediately got me an appointment to see their dentist in Vancouver.

When I got there, I told the hygienist that I was nervous and why.  She had a peek in my mouth and said that the doctor would be in to confirm, but that there was no way that tooth needed to be pulled.  The cleaning took a while, because it had been so long, but she told me that my teeth and gums were in great shape.  The dentist poked around, and even probed the cavity, then reassured me that it only needed a filling, and it was no big deal.  They were both appalled that a dentist had suggested removing it, and glad that I had gone with my gut (and budget) and had a second opinion.  My tooth immediately stopped hurting.  LOL

I had a second appointment to have the cavity filled, and left the office with a plan to return for a cleaning in 6 months.  Now that I’ve moved home to BC, my daughter and I both go to this dentist regularly, and we’re really happy.

So, what I learned from this is that there are unscrupulous dentists out there.  Actually this was just reinforced, because this isn’t the first time I’ve had a dentist try to do unnecessary work.  A dentist who is trying to drum up business by offering discounted services on Groupon is very likely going to try to upsell once he/she has you in the chair.  So, by all means, take advantage of the cheap cleaning, and whitening, but don’t have blind faith in their diagnosis.